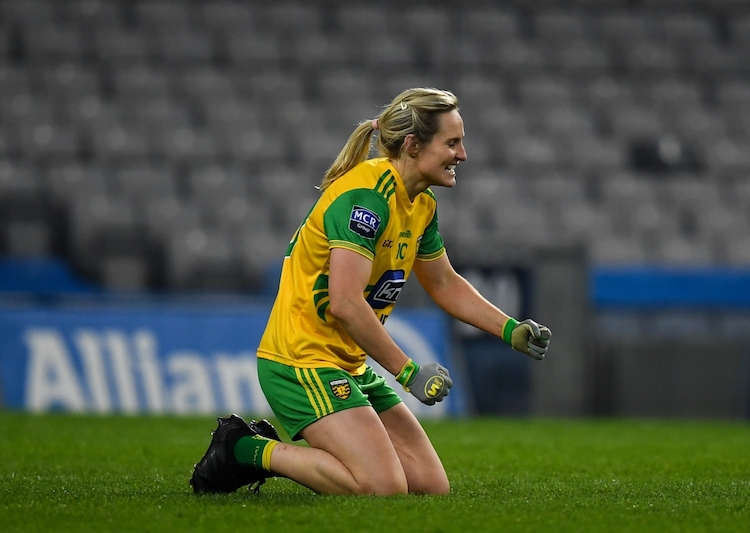 Listen: Karen Guthrie glad to be back in the team spirit again

written by Chris McNulty May 24, 2021
FacebookTweetLinkedInPrint

RECENT months have been difficult to gauge, but Karen Guthrie was glad to get back among her Donegal team-mates for a competitive outing yesterday.

Until last month, Donegal’s players had to train remotely and try to keep their levels up on their own.

A somewhat rusty Donegal defeated Westmeath in Ballybofey by 2-13 to 1-7, earning a win from the opening League joust of 2021.

“We love team sports. You’re used to playing with people, having someone to chase and someone’s shoulder to get up on. It’s a different dynamic when you’re on your own. Everyone did really well to keep themselves in condition to get back.

“You don’t have the luxury of challenge games either. It’s all in-house stuff. Everyone has been pushing each other, but there is nothing like playing other county teams. It’s hard to know where you sit until you play.”

It’s very much a new-look Donegal with the likes of Yvonne Bonner, Ciara Hegarty, Deirdre Foley and Eilish Ward unavailable this year.

Guthrie said: “It’s hard to replace the player who are gone, but the girls who have come in have done massively well. They have big shoes to fill, but they have worked unbelievably hard behind closed doors. We have a quality bunch there now.”