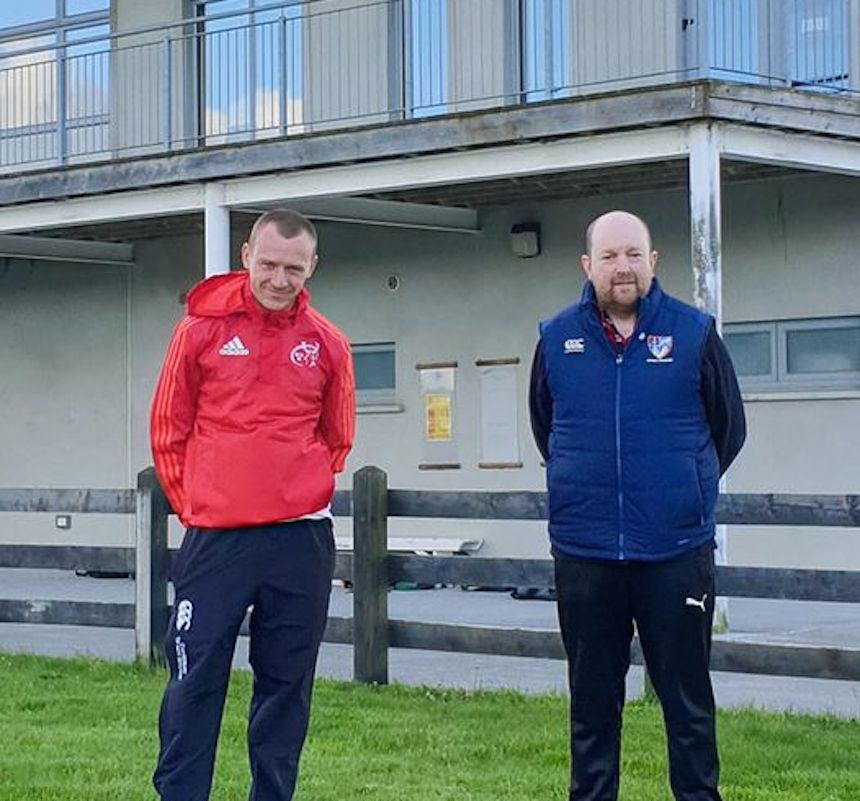 written by Chris McNulty May 29, 2021
Facebook0Tweet0LinkedIn0Print0

PAUL O’Kane has pin-pointed depth as being key to his success at Letterkenny Rugby Club.

O’Kane has been confirmed as the new head coach at Dave Gallaher Park and wants to make an impact.

Arriving from City of Derry, O’Kane’s appointment is seen as a coup for Letterkenny and the new boss has wasted no time.

“I’ve done a lot of phone calling and have messaged about 60 guys,” he told Donegal Daily/Donegal Sport Hub.

“I’ve tried to re-engaged with guys who have walked away for one reason or another. We want to throw the door open to anyone who wants to play rugby.

““It’s trying to grow something. There has always been huge potential in the Letterkenny area.

“The challenge ahead and trying to engage in the massive talent pool to try and take Letterkenny to the next level.”

O’Kane will get a development team up and running this year – something he sees as key for the future.

He said: “There is a necessity for a development team. We’re looking at getting guys in from youth rugby to try and get them ready for senior rugby.

“We’ve got to have that squad. There will be longer term aims in growing a third team. We have to have the depth to get us through the year.

“We have to create that depth and take all the barriers out. Traveling, historically, was a barrier, but there is now a bus provided every Saturday.

“With the facilities that are here and what will be provided, there should be players aplenty attracted to this set-up.”