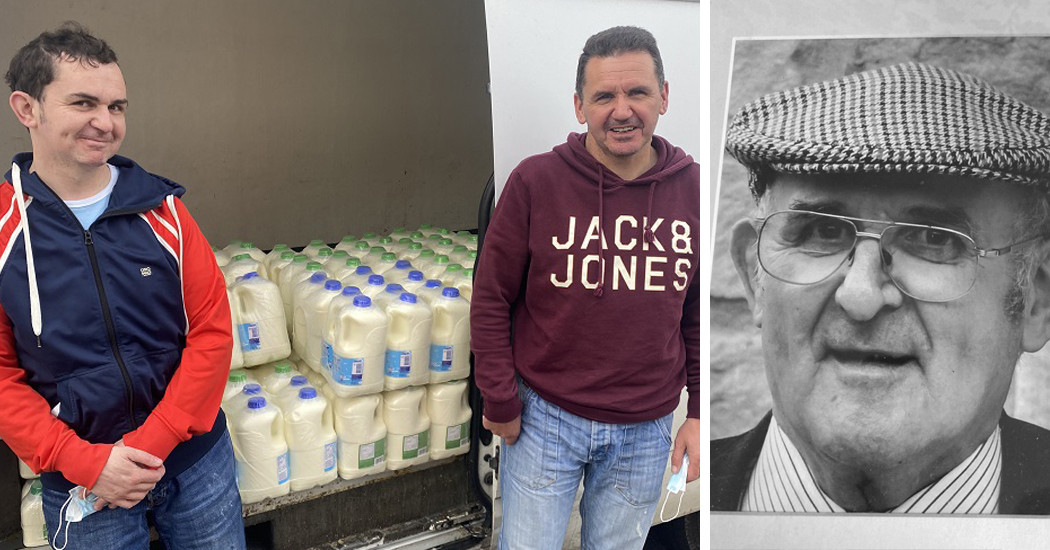 Our motoring columnist Brian McDaid takes a trip down memory lane this week – to one of the hottest summers of the seventies when he had a summer job with Letterkenny’s milkmen.

I started my first ever summer job on the first day of June. I still had four weeks to complete at national school. Even though a few of my fellow classmates were taking their last month off, as some did in them days, to match the holidays of the secondary school they would be heading to, my father was having none of it.

I was the oldest and would be expected to go to school as normal with my other three brothers by the end of June.

The only way to get that final month off was if I got a summer job.

Summer jobs were a big thing when I was growing up, it was our version of placement. In the month of May we all went around the different employers asking if they had any summer jobs going. It was looking bad in the final weeks at school listening to school mates talking about getting jobs in places like the Model Bakery or in garages like McMahons, or some were heading to the bacon factory and I still had not got any work.

On the very last days of May, a friend Ben Dunleavy came to the rescue and told me about a job that was going. The interview for this job was done on the doorstep of my home in Wolfe Tone Place. “Ok start on Monday sir I’ll collect you at 5 in the morning, be up!”

I had secured a summer job with “Garshuey,” as my father always called them, that was the creamery that the Ferry Family who came originally from the Newtowncunningham first delivered milk from. 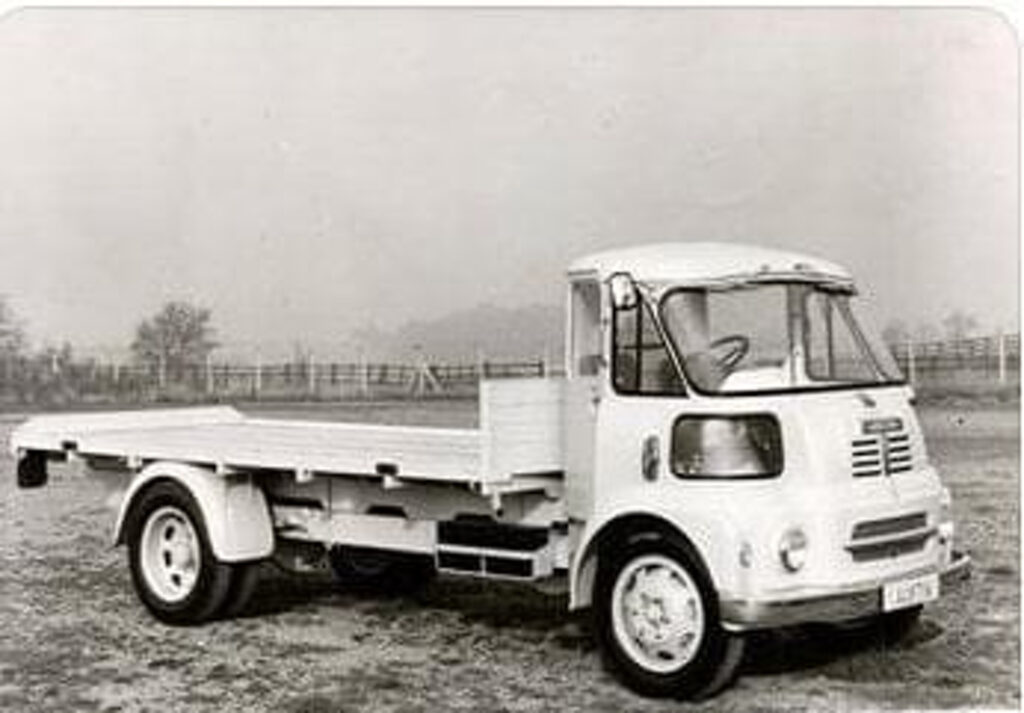 An old flat body twin wheel BMC which would have been red which was used by Ferry’s to deliver milk in Letterkenny for years.

There were a few local farmers like the Devenneys from Gortlee or the Kelly’s from Glencar who were the milkmen and their family that deliver the daily pint of milk to the doorstep in the boot of a trusty Austin Cambridge, but the two main milk agents in Letterkenny were original representatives of Garshuey and Lenamore.

Larry Graham delivered milk to Letterkenny for Lenamore Dairies and Hughie Ferry delivered milk for Garshuey. By the seventies it was the Donegal Creameries that both these families were delivering milk for and it was the second generation of both families the late Maurice Graham and the late Brian Ferry and his brother Paddy Ferry who were now delivering milk in my days. Ben Dunleavy, who was my neighbour who told me about that job, worked for Maurice Graham so now we ended up working for two competitors delivering milk in Letterkenny.

The following morning it rang and vibrated its way off the top of the tin and fell off the window sill and landed down behind the curtain and it was our dog in the back yard barking at hearing the biscuit tins rattling that saved me on my first day at work.

Paddy Ferry was my boss. He had an old twin wheel BMC milk lorry with a red cab that you would think was just designed to deliver milk. It has two runner boards or steps outside the cab which was ideal for us boys to stand on and reach into the back and load up with the old triangular cartons of milk. Danny McConnell and his brother Laurence, Paddy and I made up the Ferry crew that summer, Danny had just started driving a second milk truck at the time.

Delivering milk around Letterkenny was hard work. The town was a lot smaller than old established housing estates like Hawthorn Heights, Ballyraine and Slieve Sneacht were newly built in the 70’s. I remember Slieve Sneacht was built and completed for a few years before anyone lived in it.

All the houses ideally had to be delivered to before they got up in the morning so fresh milk would be on their doorstep for the cornflakes or for that first cuppa.

The summer that I worked on the milk run was one of the hottest summers of the seventies, I don’t remember it ever raining at all for the weeks I delivered the milk.

Early morning in your home town was beautiful, summer smells and morning dew before the day heated up, birds singing in the trees, no one up, and the sound of the engine and the brakes squeaking as the milk lorry made its way up and down the hills of Letterkenny.

Places like Speer’s lane which was narrow and the twin wheels of the old BMC would always catch on the two corner stone which were purposely built out at the bottom to keep the old horses and carts from catching on the walls at the bottom from years before (there is still an example of this type of stone on the main street not far from Speer’s Lane on the lower side of the Quiet Moment Cafe to this day). 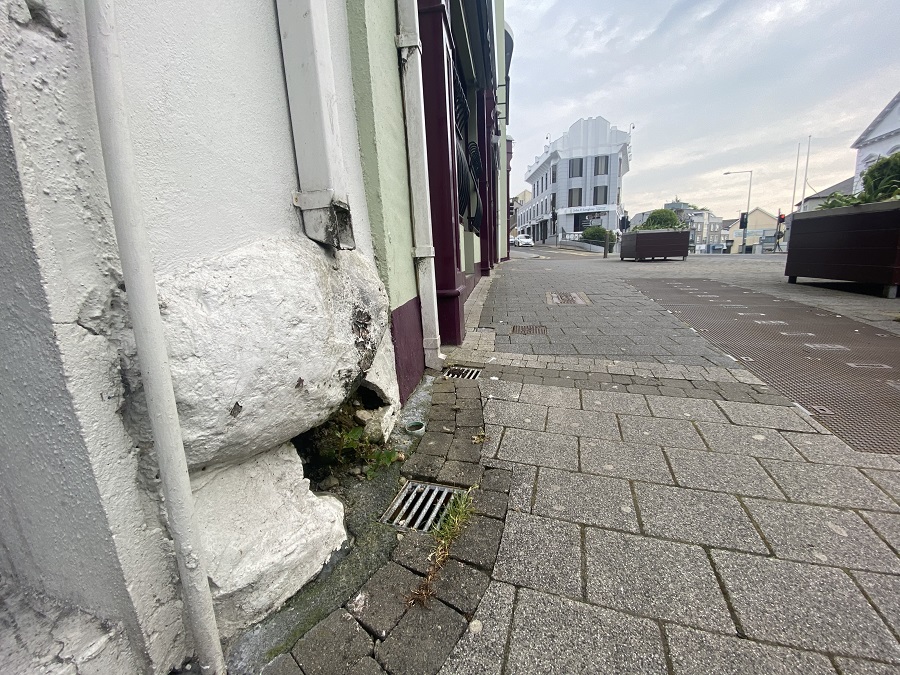 That transition feeling like you were growing up was great even though you were only 11 or 12, you were working, even though it was only for the summer and you would be going back to secondary school in September for now you were a working man earning money.

The grey crates that carried the milk were a brilliant design and could be stacked into each other at the end of the run and brought back to the creamery out at Ballyraine for the following morning. 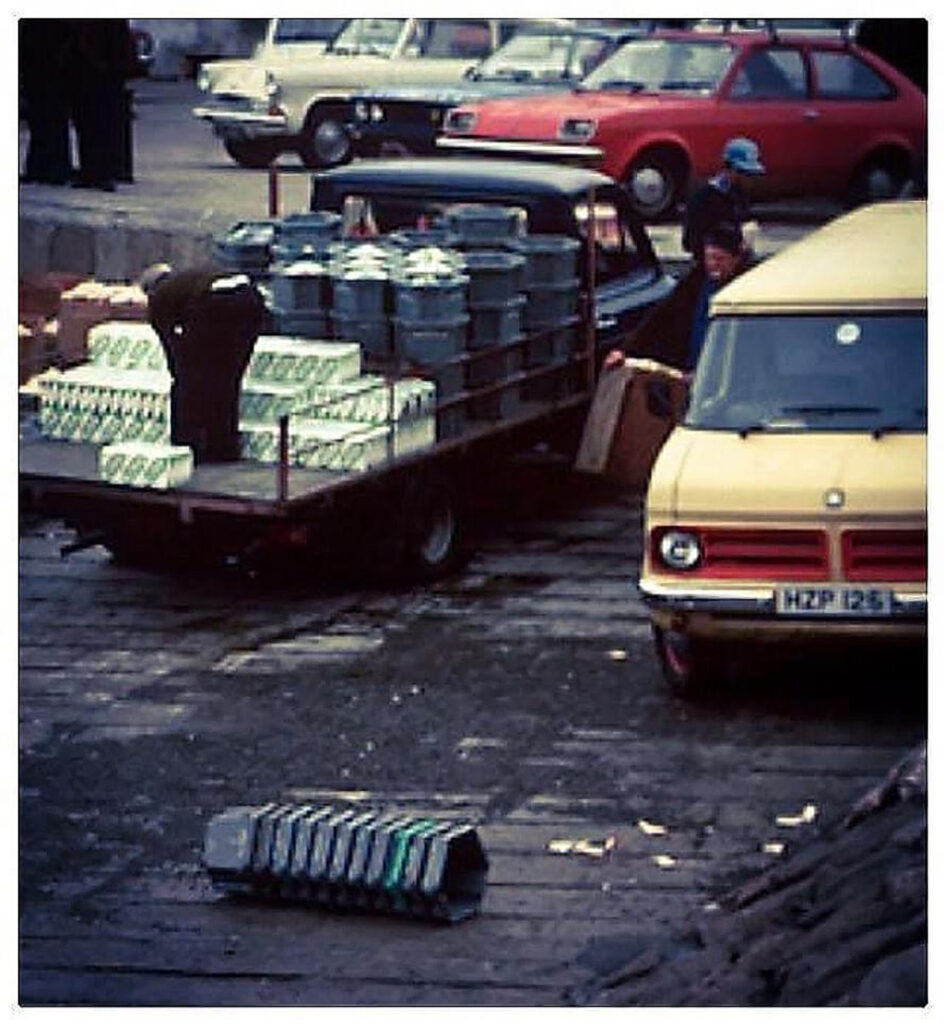 In those days every house had a milkman and in Letterkenny you were with Lenamore or Garshuey. Even decades after them creameries stopped and the Donegal Co Op creameries took over, generations of families still stuck with the milkmen their parents dealt with.

Every morning you bought just enough milk until the milkman would deliver the following morning.

A good few decades down the road the Donegal Creameries have been taken over and even though the Letterkenny plant has long closed Killygordan is still very much in business under a bigger name now called Aurivo. 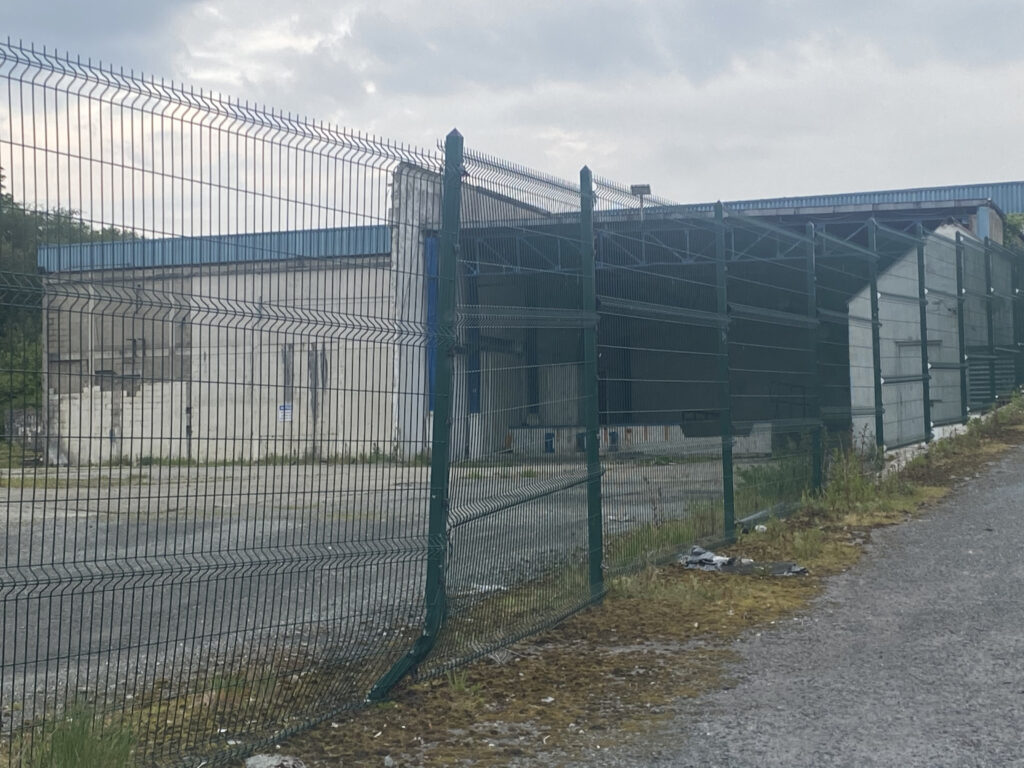 A view of what’s left of the old Donegal Creameries building at the Ballyriane in Letterkenny . Photo Brian Mc Daid.

A lot has changed, but early every morning before everyone is up the third generation of the Ferry family – the late Brian Ferry’s two sons – are still delivering your early morning milk to cream your coffee or mix with your Muesli.

Now it’s more likely that your milk will arrive to local shops and Deli like Macs Mace on the High Rd.

The two Ferry brothers never miss a morning loading shelves or topping up the self service vending machines with your morning milk.

Lenamore Border Dairy which was delivered by the generations of the Graham family in Letterkenny for years. Photo Brian McDaid

Old familiar names like Garshuey on the “Rinse and Return Daily” blue bottles and Lenamore with the green bottles are just a distant memory, now blue tops usuals mean low fat and green means full fat on the journey of milk from the cows in the field to your breakfast table, now your breakfast is more likely to be “on the go” sitting in your car waiting on this lockdown to fully open finally again. 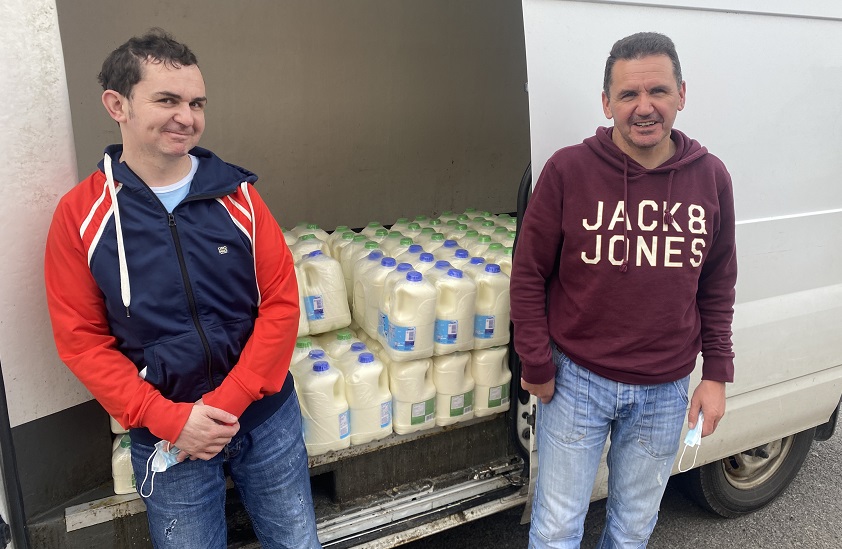 Speaking to Kevin and James Ferry yesterday morning (Wednesday) briefly it was nice to talk about old times and them old red BMC milk lorries that they had back in the day, them old magic wallets that were familiar with milkmen and breadmen back then with the straps that changed every time you opened them. 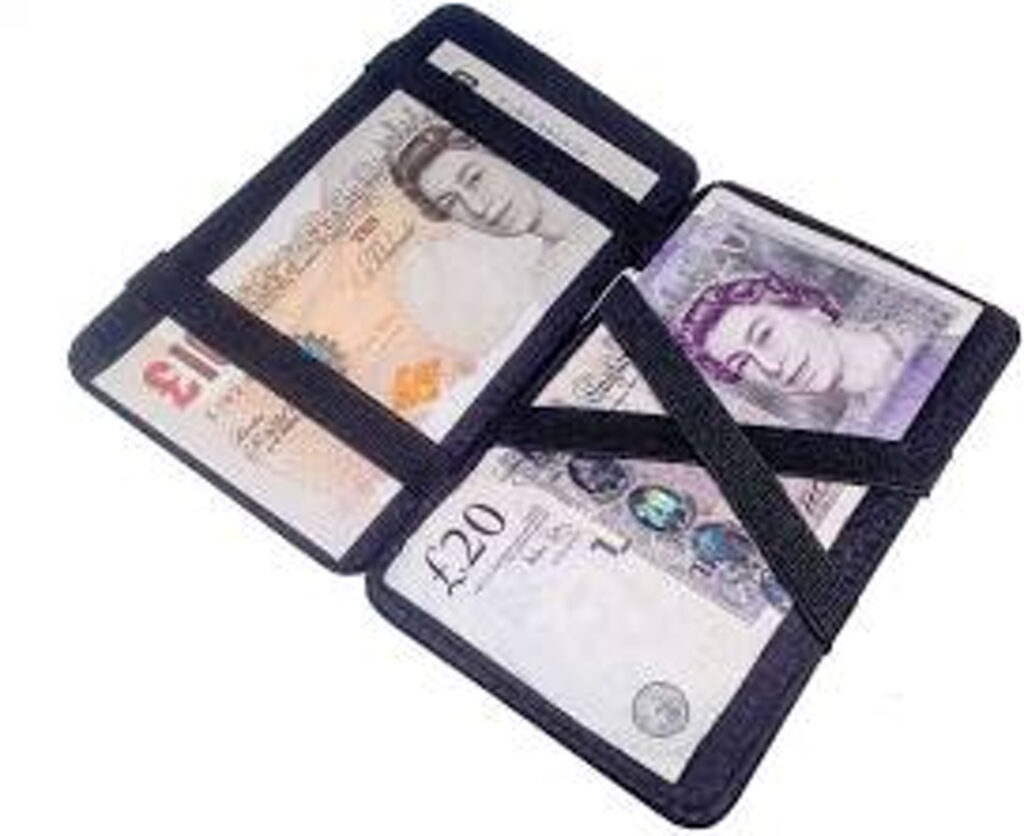 The old magic folding wallet a familiar sight for milkmen and breadmen in Letterkenny years ago.

But sadly it was the news of the passing of their uncle James that was the utmost on their mind. Originally from Colehill, Newtowncunnigham, James passed away in Cavan. He would have worked on the milk with his father and brothers in his day. James was brought home and laid to rest on Wednesday (yesterday morning) after his funeral service at All Saints Church 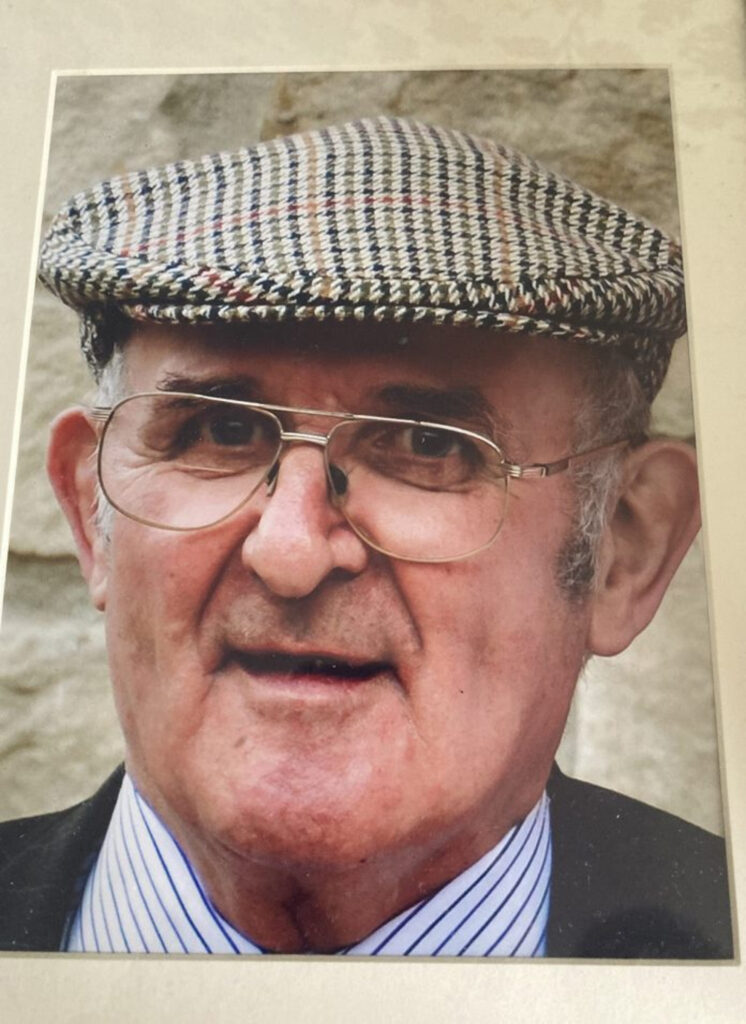 The late James Ferry who would have worked on the milk with his father Hughie who sadly passed away in Cavan this week.

Rest Easy James, one of the Gashuey milkmen.