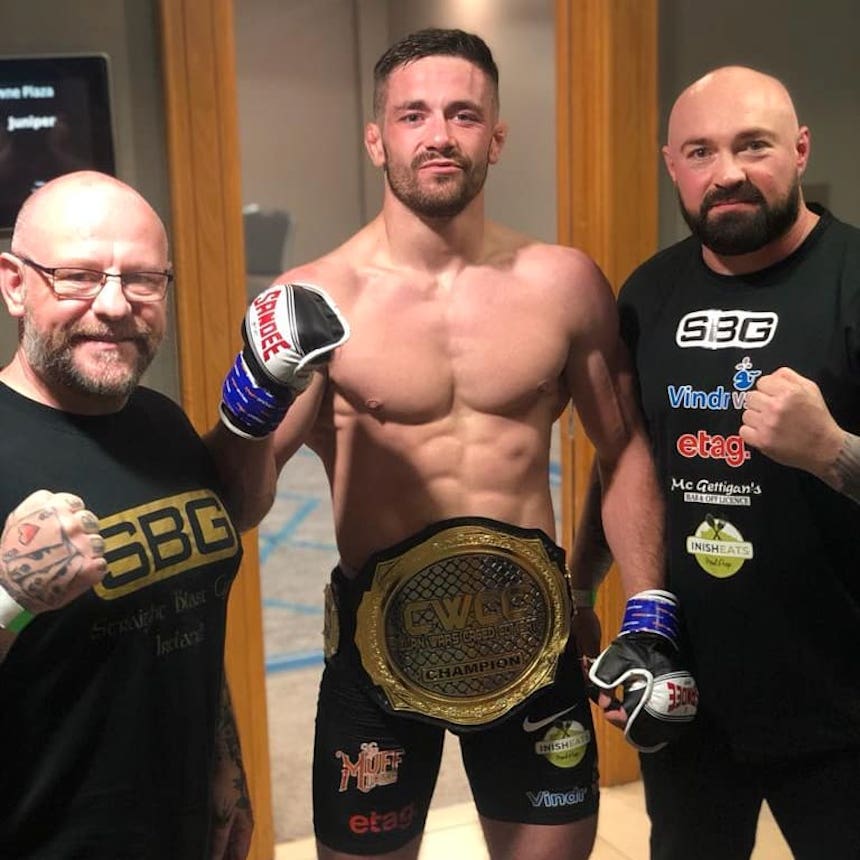 Kelly defeated Solomon Simon via a round two submission to capture the title at Clan Wars 39.

The Moville man had won the featherweight title last February with a stoppage of Carl Gallagher.

After signing with John Kavamagh’s Straight Blast Gym following that win, Kelly returned to the cage with a defeat of Abdullghahar Tajik in Germany.

Yesterday’s Clan Wars card had been postponed in the spring, but Kelly took the belt.

A D’arce choke in the second round earned Kelly the prize.

After improving his record to 9-0, the 23-year-old wants to compete at the IMMAF World Championships before moving into the professional game.

Clan Wars 39 and Clan Wars 40 were held back-to-back at the Crowne Plaza with Letterkenny’s Jordan Furey recording a win as part of the evening card.

Furey defeated Jess Paulo when the referee stepped in to call a halt just shy of three minutes into the second round. Fighting here at a catchweight of 162 lbs, Furey extends his record to 3-0. 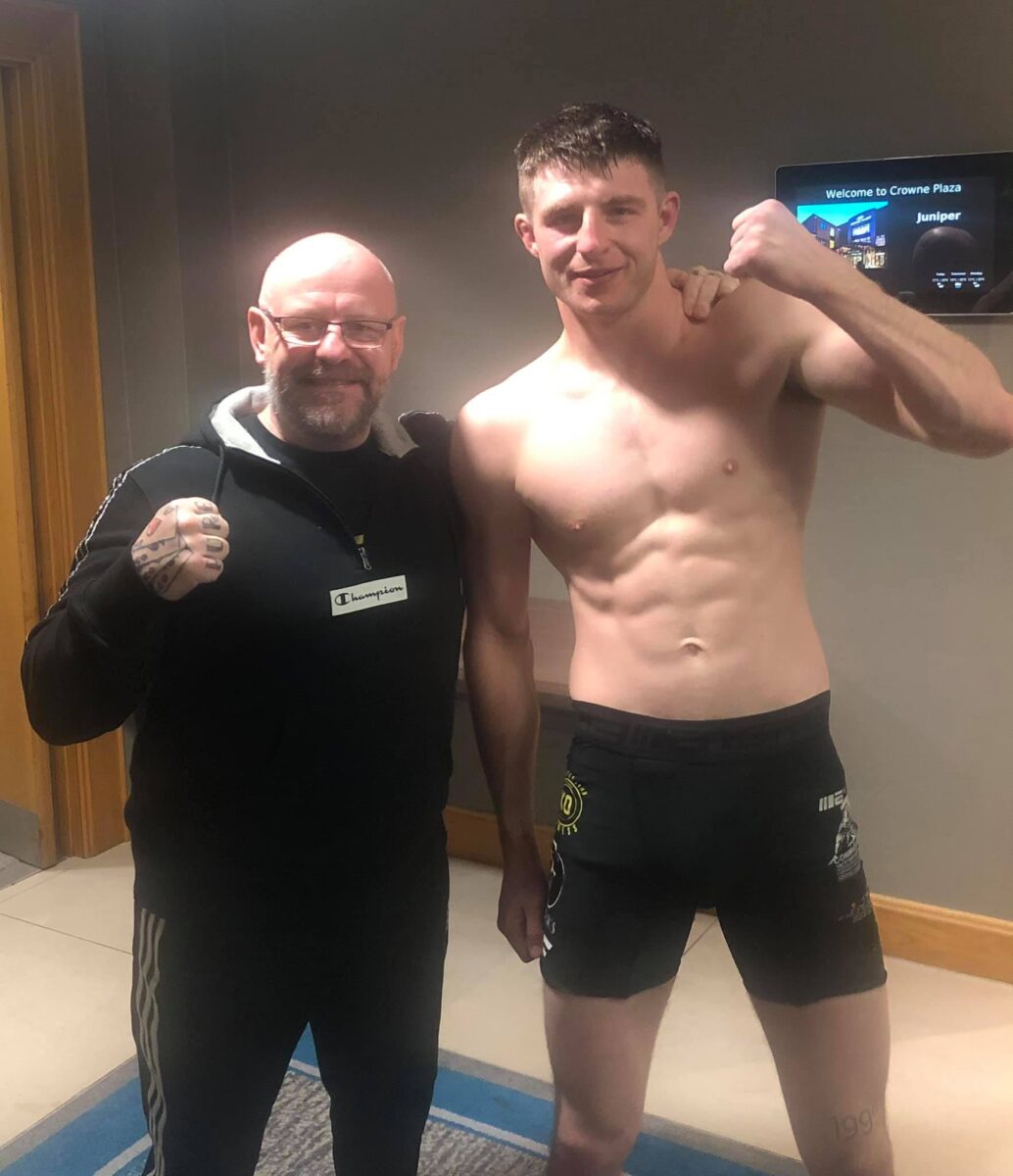 Jordan Furey after his win