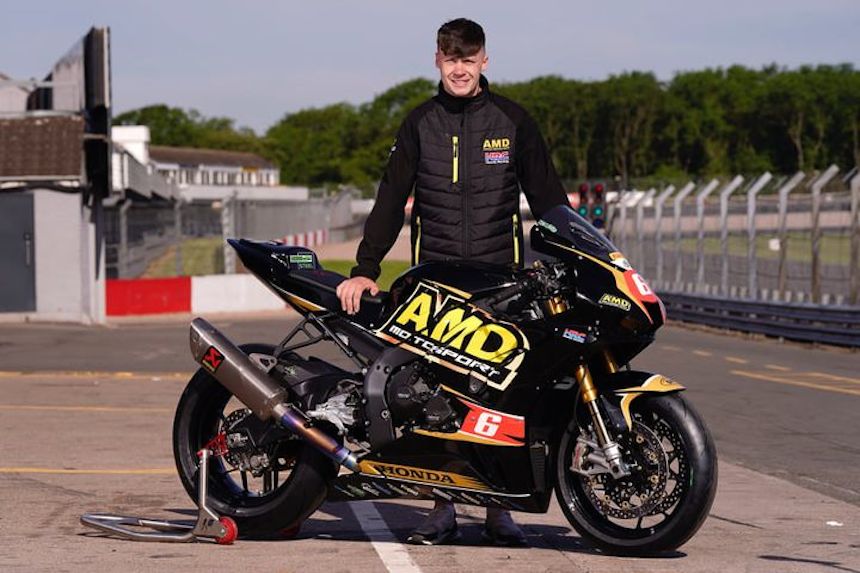 Richard Kerr snapped up by AMD Motorsport for new season

KILMACRENNAN’S Richard Kerr has been confirmed as part of the AMD Motorsport team for the the 2021 Pirelli National Superstock Championship.

Kerr will be on board a works–prepared 1000cc Honda.

The Donegal man has spent the last six years in the BSB paddock, firstly competing in the Motostar championship for three years, backed by family and a few personal sponsors, the highlight being a fine fourth place in the 2017 series with five podiums.

In 2018 Kerr progressed to the British Supersport Championship aboard a Campbell Motorsport Triumph scoring a best result of sixth place in the final round at Brands Hatch which set him up for the following season where he posted two podium finishes at Oulton Park and Assen which culminated in fifth place overall in the championship. 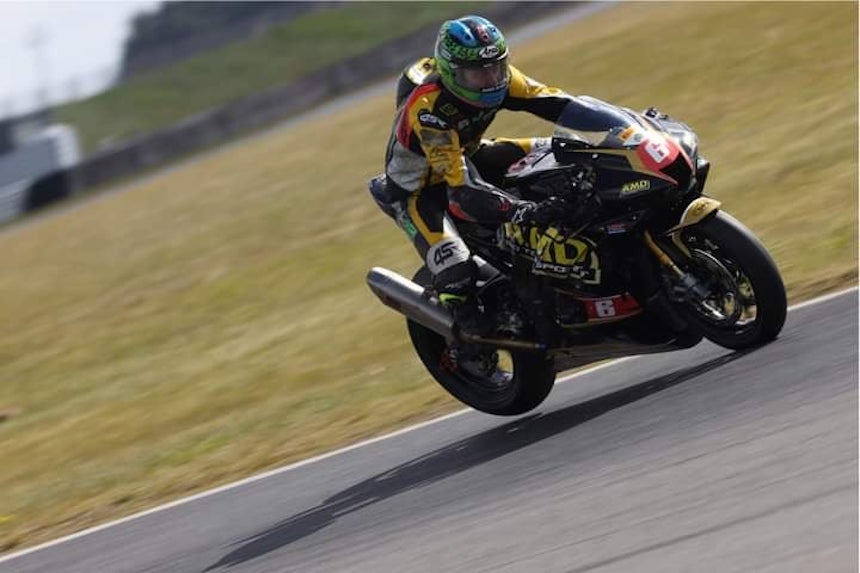 In 2020, Kerr was the only rider to finish every race in the Supersport class confirming his consistency and taking seventh overall in the title race. This season sees a move up to the Pirelli Superstock Championship which will comprise an 18-race season for the 21-year-old over 11 rounds.

Kerr said: “I am looking forward to riding a new bike in a new championship having never ridden a 1000cc bike, this year is going to be a big learning year but knowing the new Honda is a great bike.

“I’m feeling confident that my team and I can achieve good results.

“This is a great opportunity that AMD Motorsport have given me to get a step closer to my ultimate goal of racing in the British Superbike Championship. I’d like to thank Fraser, Mary and all at AMD Contract Services Ltd. for this opportunity.” 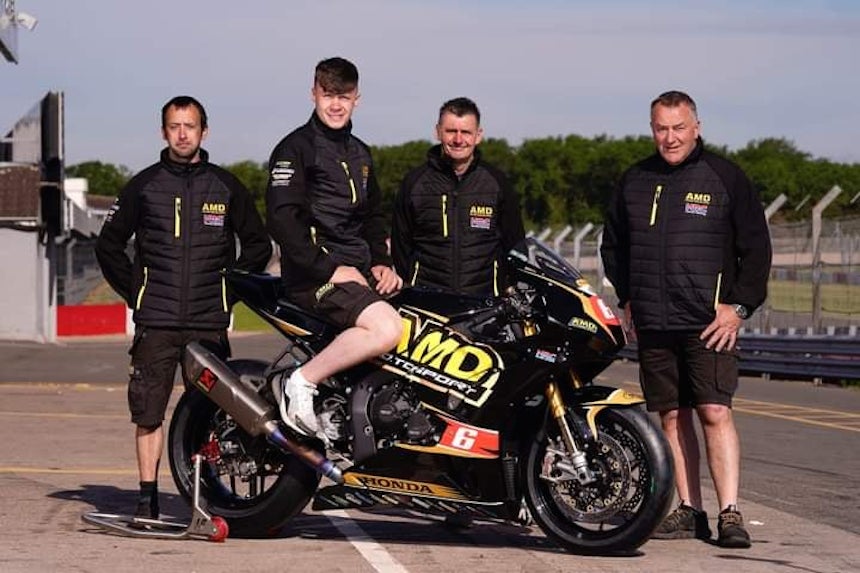 Owners Fraser and Mary Dykes spearhead the brand-new team from their Dumfries base where they run a plant hire and contacting business servicing the construction and forestry sectors throughout the UK.

Fraser Dykes said: “Mary and I have been helping Richard over the last couple of years as personal sponsors and when the opportunity arose to get more involved, we jumped at the chance to establish the new team.

“Honda Racing UK has prepared the new Fireblade to the same specification as to their own bike. With Richard’s obvious talent and consistency, we are looking for positive strides forward albeit we are very aware there are big names in the class, and it is going to be very competitive.”

The opening round of the Pirelli National Superstock Championship takes place at Oulton Park on 25/27 June 2021.