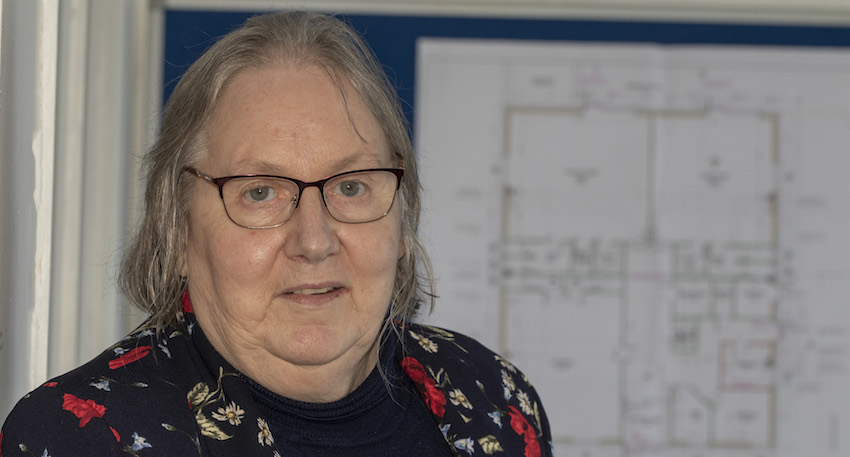 Letterkenny’s Cara House Family Resource Centre has sent out an SOS for help as it prepares its new premises for opening in the coming weeks.

The centre has been a home-from-home for hundreds of people for the past 20 years.

It has provided shelter, food, child-care services and much, much more for those who could not afford many of the things some of us take for granted.

From its original home at Mount Southwell above Market Square to its current home at the bottom of Lower Main Street, Cara House has been much more than that.

Yes, it has provided classes from English to dancing and from maths to baby massage but the heart of Cara House is deeper than that. 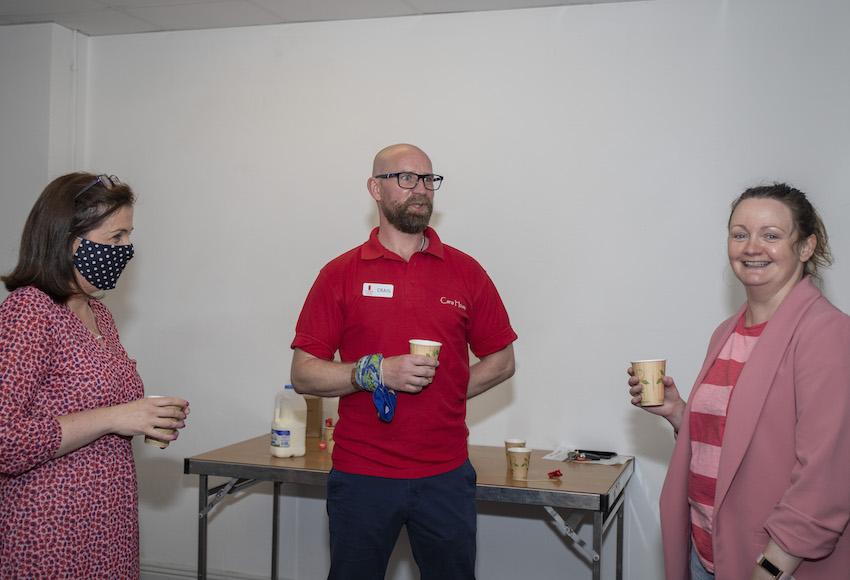 Cara House staff Clare, Craig and Ann at the press conference to announce the plans for the newly acquired premised off Pearse Road. (NW Newspix)

The centre has provided a welcome for all people who may have felt they were not always welcome in other places.

Today it stands ready to write another chapter in its history as it prepares to begin a renovation project on its new home in the old Furniture 2000 store at Pearse Road, behind Charley’s Cafe. 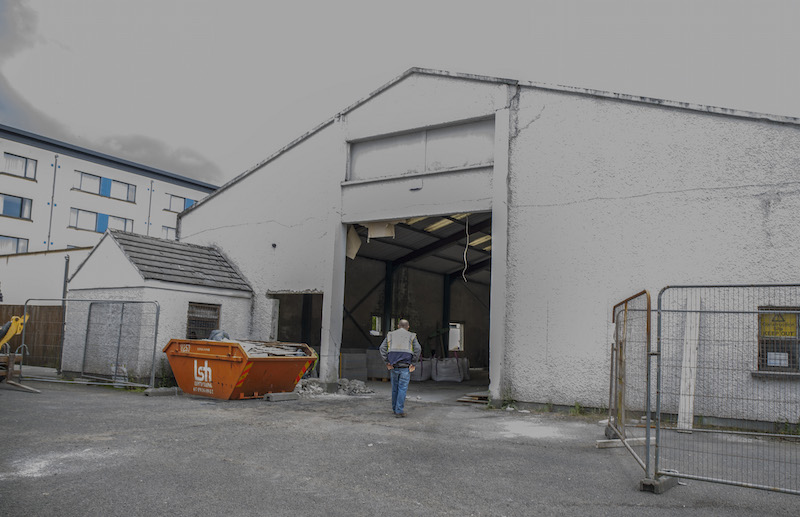 Building 2 “The shed” of the new Cara House which is being coverted to a purpose build childcare facility. (NW Newspix)

Susan McCauley, the one-woman driving force behind Cara House hopes it will be the last home for many years.

Laughing in the face of her 78-years, Susan admits that the pandemic has taken a great toll on the organisation.

But with the gusto of a woman who doesn’t take no for an answer, Susan says the development of a new Cara House “will happen again.”

She admits “The past 15 months have been incredibly stressful for the whole community. On 12th March, 2020 Cara House had a very viable and sustainable project, on 13th March we had nothing. We were fortunate to get Stability funding from the government and to be able to keep on our staff through the Employer Wage Subsidy Scheme.

“We had to tell 55 children that we did not have space for them in September, 2020 because we could no longer use the hall of Scoil Mhuire gan Smal for our after-school clubs. We opened from September to Christmas for 22 children and after the New Year for the children of frontline workers.”

But that’s just a small part of the Cara House story through the pandemic.

Cara House has a habit of not being able to say no to people and so it continued where the wonder Chef Aid left off. It now delivers 25 dinners a day to older people and an extra 13 dinners on a Monday and Thursday from the Letterkenny Day Centre. 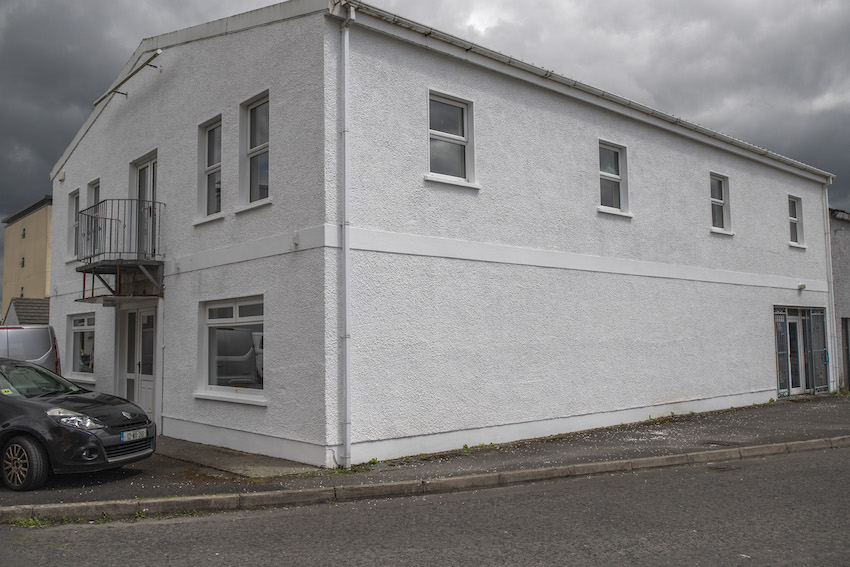 Building 1 of the new Cara House which is being coverted to offices and a drop in centre.. (NW Newspix)

“This gives older people a chance to have someone supportive call with them, which they really appreciate. We are glad of the assistance that Letterkenny Community Gardai give with this as well as checking up on clients who live outside the town,” adds Susan.

Susan stresses that she now wants to hear what the people of Letterkenny want from the new look Cara House when it opens its freshly-painted new doors in the coming weeks.

Time could be spent talking about the Befriending Service, the chat groups in local cafes or the walking groups developed by the organisation but they are just another branch of the Cara House tree that has rooted itself in the middle of the Letterkenny community.

Those who have ‘stumbled’ into Cara House like Louise Chirwa who came to Ireland in 2016 speak about it as a place that has given her a new life.

Louise walked by Cara House, wondered what was going on in there and was welcomed in for a cup of tea.

She began to visit and as well as now teaching dance classes, is a director of Cara House.

“The day I walked into Cara House changed my life forever. It has given me so much and I want to give it so much back,” said Louise. 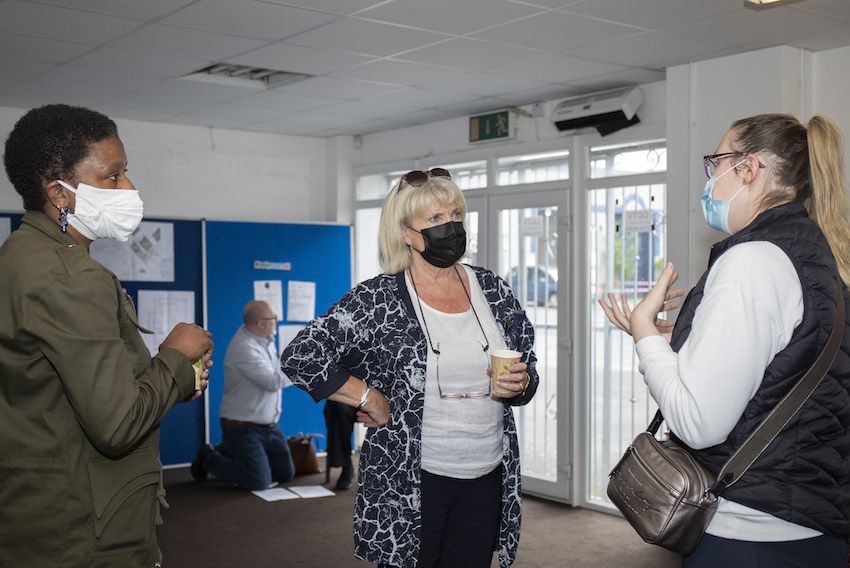 She knows what Cara House needs and she doesn’t mince her words.

“Susan has given so much to Letterkenny and it is now for everyone to come together and give back to Cara House.

“This project has been delayed so long because of the pandemic but we need volunteers from tradespeople, businesses who will donate to people simply giving their time.

“It is now time for the people to give back and to allow Cara House to go onwards and upwards.”

Everyone at Cara House knows their role be it Craig Johnston whose previous life as a physical trainer comes in handy playing football with the kids, Anne Quinn who is the Irish language tutor or Claire Doherty who is the befriending co-ordinator.

   Many of these core staff attended many, many zoom meetings and are delighted that while some will continue as Zoom meetings others will be face to face.

They have maintained office services for the community in the Children’s Centre in Castle Street.

There are no egos at Cara House, just a lot of people trying to help other people lead happier lives.

If you can help Cara House in any way then simply email info@carahouse.ie