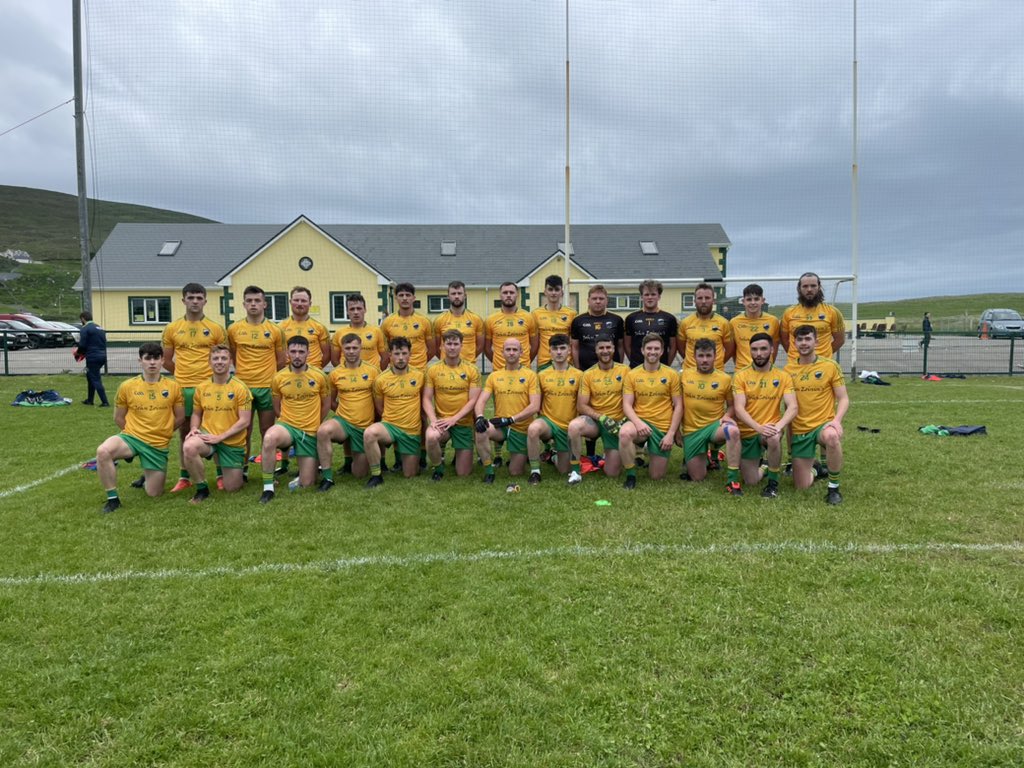 The late raid by the Rosses men saw them come away with the points this afternoon.

Picture: Naomh Columba before their game against Dungloe.

Dungloe got off to a good start with points from frees from Daniel Ward and Oisin Bonner.

Aaron Doherty got 1-1 to get the hosts up and running and Paul O’Hare scored from close range before Dylan Sweeney and Christopher Byrne traded points.

Dungloe equalised through a goal by Daire Gallagher from a rebound after Padraig Byrne had initially saved.

Christopher Byrne got a goal after good work from Aaron Doherty and Pauric Ward.

Just before half time Aaron Doherty had a penalty saved by Danny Rodgers and he also saved the rebound.  Half-time; Naomh Columba 2-3 Dungloe 1-5

Second half got underway with an Aaron Doherty free.

The home side will rue a lot of wides and missed opportunities as Dungloe just didn’t go away.

Ryan Gillespie put Naomh Columba two up going into the closing stages then the drama unfolded.

A penalty was awarded and Oisin Bonner scored to put Dungloe one up and the same player got the closing point as Dungloe went home with the win.