Letterkenny Gardaí had a major breakthrough this week after they finally received their pandemic postcard.

Two kind Westmeath boys have been busy sending special, handwritten postcards to every garda station around the country over the last year.

Aaron and Tyler Mulvaney spent have been collecting the An Post cards and writing the messages to all 564 stations. 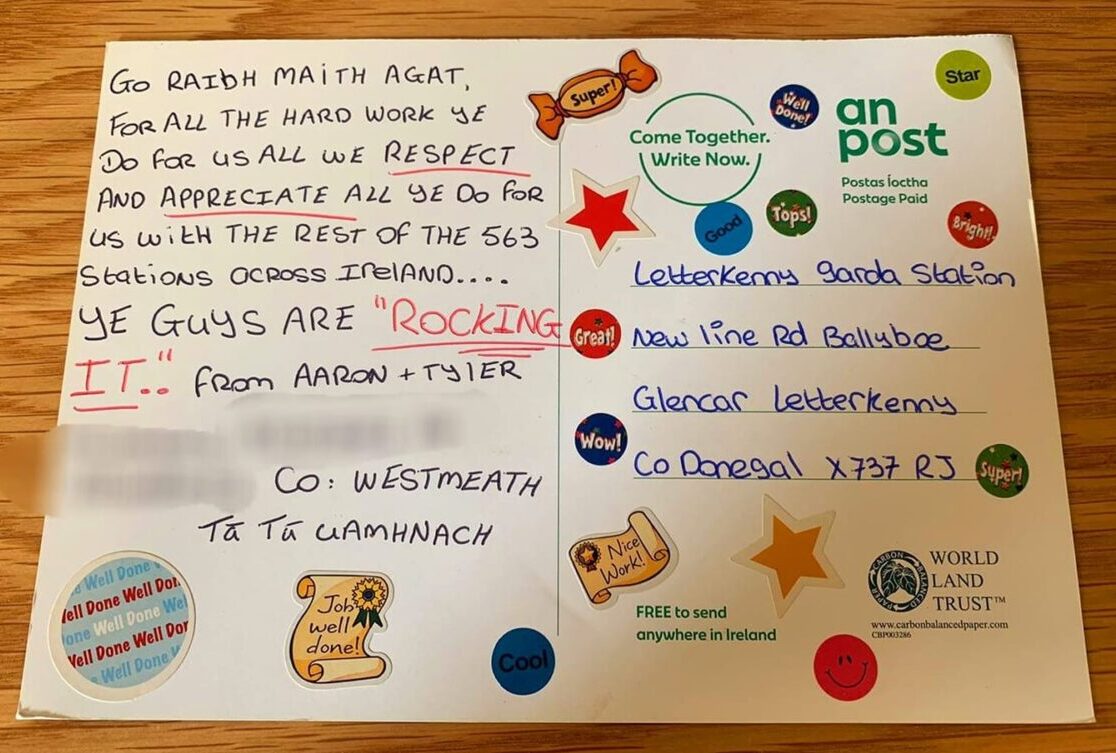 Postcard No. 564 from Aaron and Tyler.

However, there was genuine concern for Letterkenny Gardaí as they hadn’t received theirs, despite repeated questioning of the local postman.

But, they finally received the much sought after postcard through the letterbox this morning.  Little did they know, but the boys have saved Letterkenny for their last stamp!

“Letterkenny Gardaí were just over the moon to receive this card from Aaron and Tyler who live in Co. Westmeath,” a spokesperson for Letterkenny Garda Station told Donegal Daily.

“These two amazing boys have sent cards to every Garda Station in the country. We were starting to think that we had been forgotten about, but then realised that they must have saved the best until last. Thank you boys – your kind words are much appreciated. You rock!” 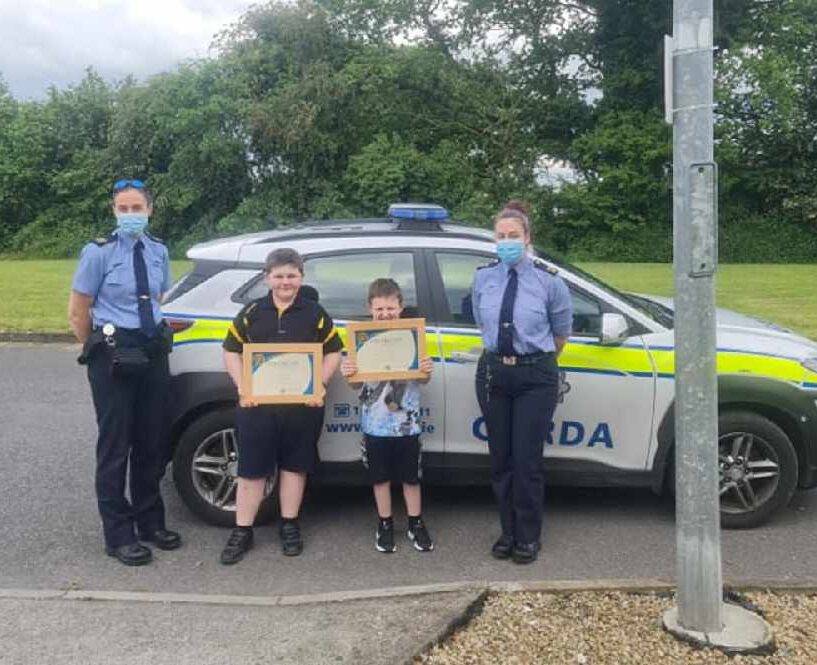