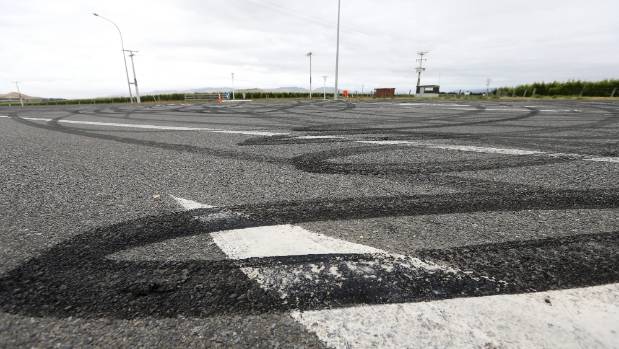 Donegal Road Safety Officer Brian O’Donnell slammed the behaviour of those involved in illegal motoring and other behaviour in Letterkenny this weekend.

Thousands of people gathered in Donegal’s largest town in what would have been the weekend on which the Donegal International Rally was held.

But Mr O’Donnell said the behaviour of these people was only “an insult” to the people who organised the Donegal Rally.

There were a number of arrests as the town was inundated with car enthusiasts.

On Saturday night, Gardai were forced to close the Port Road.

Hundreds of people gathered at the Port Roundabout as cars diffed and did doughnuts.

Mr O’Donnell said “This had nothing to do with the Donegal Rally and these were certainly not rally fans or motorsport fans.

“These were people who think it is okay to carry out dangerous manouevres and travel at speeds of up to 170kph.

“It beggars belief that somebody was not seriously injured or killed,” he said.

He added that he did not blame Gardai because they simply do not have the resources to deal with the huge volume of crowds who converged on Letterkenny.

He added that Donegal already has a reputation for dangerous driving and that events like this will only add to that reputation.

“This weekend certainly hasn’t helped our reputation. What I witnessed in Letterkenny was utter madness.

“However, I honestly don’t have the answers. We cannot stop these people coming into our town but they must act responsibly when they come here.

“This is doing nothing for the image of the county and our efforts to increase road safety in the county,” he added.