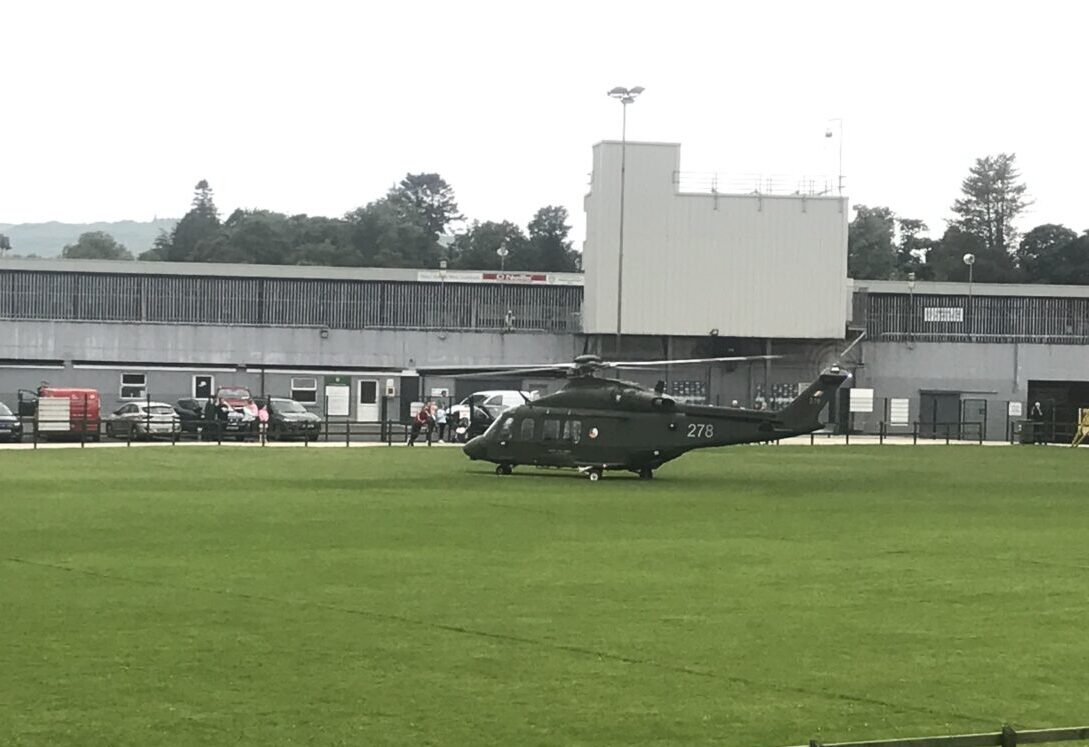 An Air Corps helicopter was forced to land in Ballybofey this evening due to poor weather conditions at Letterkenny University Hospital.

The aircraft was carrying specialist members of the National Neonatal Transport Programme (NNTP) from Dublin.

The NNTP is a 24/7 retrieval service for the stabilisation and transportation of premature and sick babies who require transfer for specialist care within Ireland and abroad. 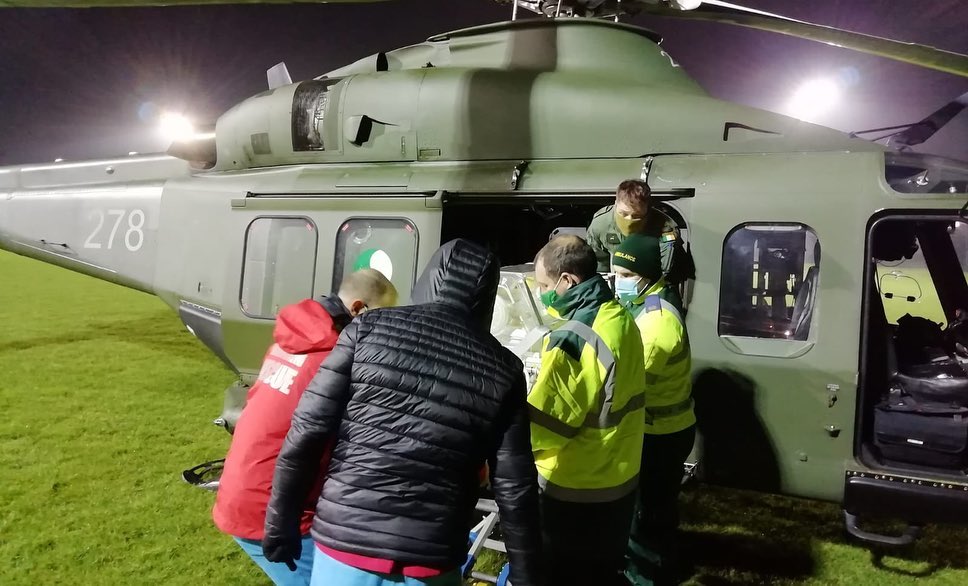 The same helicopter on a similar, but separate, mission earlier this year. Pic: Irish Air Corps

Donegal Daily understands the helicopter was unable to land at the hospital due to poor visibility.

As a result, it landed on the MacCumhaill Park practice pitch where it was met by an ambulance from Letterkenny at around 8pm. The patient was subsequently airlifted to a Dublin hospital.

A large crowd of onlookers had gathered along the road, and on Stranorlar bridge, to witness the operation.