Donegal U20 team named for clash with Tyrone

The Donegal U20 team to face Tyrone in Healy Park in the Eirgrid Ulster Championship tonight has been named.

Manager Gary Duffy will be hoping his side continue their good form after they defeated Armagh in the opening game of the championship.

Throw-in for tonight’s game is at 8pm. 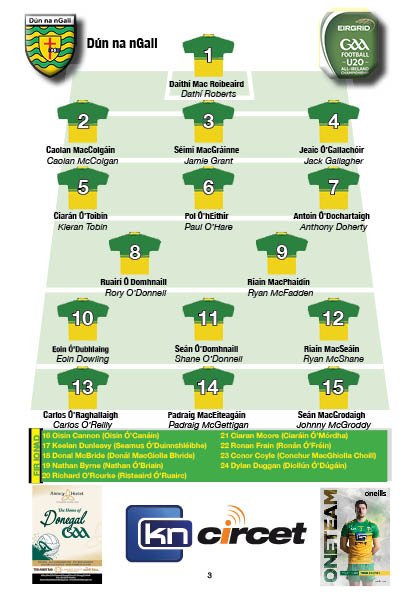