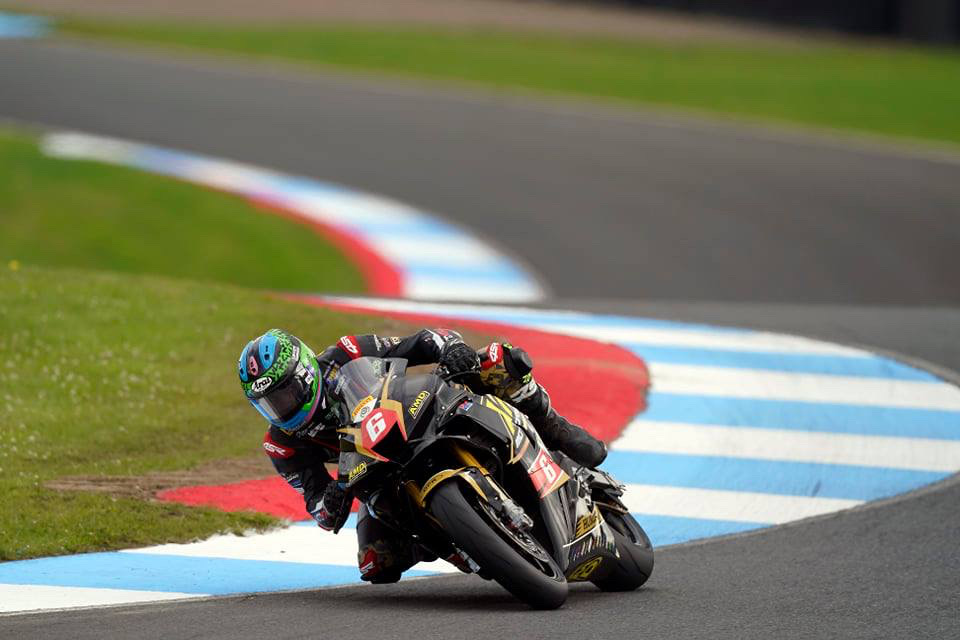 Joy at Knockhill for Kerr and AMD Motorsport

KNOCKHILL in Scotland was the venue at the weekend for the second round of the Pirelli National Superstock Championship and it proved to be another strong meeting for Richard Kerr and AMD Motorsport with their best finish being an excellent 11th place at the Dumfries-based team’s local round.

The Kilmacrennan rider brought the strong form he’d shown at the opening round to Knockhill and, having tested at the circuit earlier this year, he was quickly on the pace around the 1.26-mile venue.

Indeed, he was less than four tenths of a second adrift of pole position during free practice and he converted that into a good qualifying position when he recorded the 13th quickest time on the factory-prepared 1000cc Honda.

Starting the opening 25-lap race from the head of the fifth row, a superb start saw him make up an impressive six places to slot into ninth at the completion of the opening lap and although he lost a couple of places, he was still running in 11th at half race distance. However, just as it looked like he’d score more championship points, an issue with the steering damper in the closing stages meant he had to ease his pace and he had to settle for 17th at the chequered flag.

It all meant he started the second 25-lap encounter from the slightly lower position of 19th which gave him a bit more work to do but another good start saw him move up two places on the opening lap. He was briefly pushed back to 20th but he quickly fought back and by lap ten was running inside the points once more.

Three laps later he was up to 12th and when Tim Neave crashed out at the final corner, he was promoted to 11th for five excellent championship points, which places him inside the top 15 in the early Championship standings.

Kerr said: “It’s been another positive weekend and it was good to finish with a strong 11th place finish. 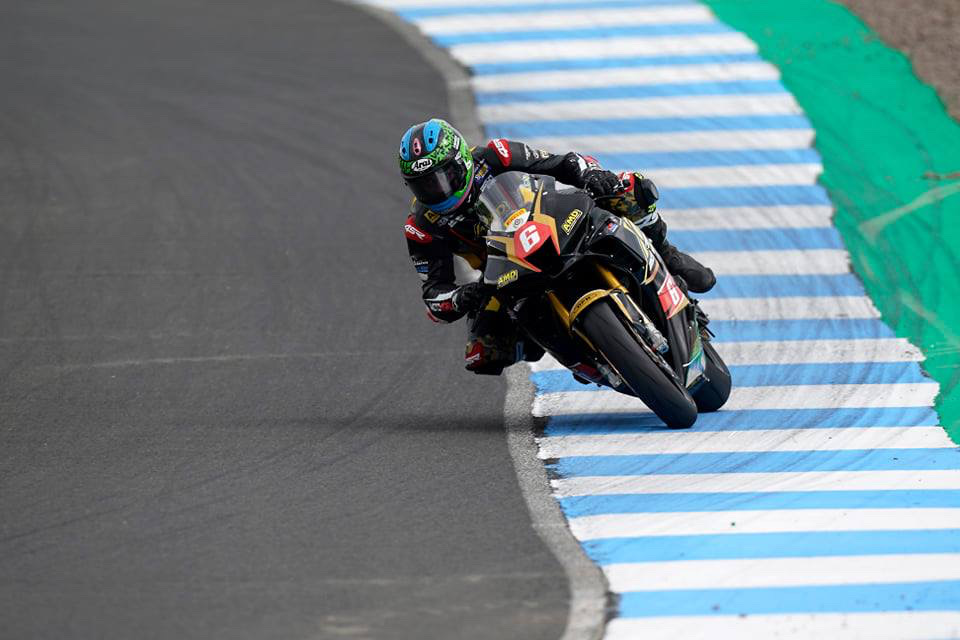 “It’s a difficult track as the times are so close and whilst it would have been nice to get points in both races, I learnt a lot again and am feeling more and more comfortable on the bike each time I go out.

“A bolt in the steering damper came loose towards the end of the first race which meant it was a struggle to hold on but I had no issues in the second and although a top ten would have been nice, I’m happy with 11th. I was 12s closer to the leaders than on Saturday so we’re making progress all the time and I’m looking forward now to the next round.”

Fraser Dykes, the team owner, said: “We’re over the moon with how the weekend’s gone and we’ve seen more improvements and more progress so everything’s heading in the right direction. The issue with the steering damper was obviously unfortunate but Richard bounced back well and our aim is always to finish in the points so it’s great to do that at the first two rounds. Knockhill’s a difficult track but it’s out the way now and we couldn’t be happier with how the season’s gone so far.”

The series next heads to Brands Hatch, Kent with round three taking place on July 23-25.