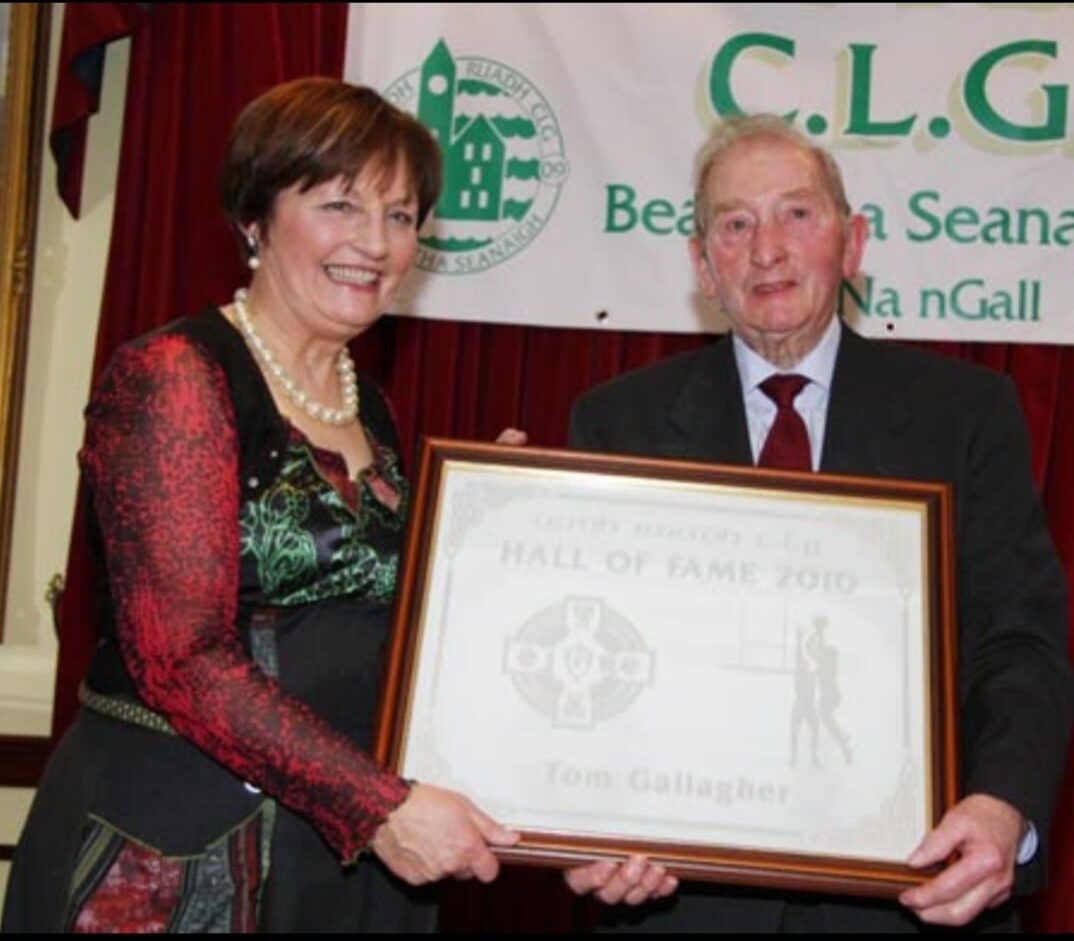 Close on the heels of the passing of Alan Kane, Aodh Ruadh Ballyshannon lost another club stalwart last week with the passing of Vice President Tom Gallagher, Cluain Barron.

Tom was a man of many arts and parts, and his involvement with Aodh Ruadh was just one of a number of strings to his bow.

As a player, he made his debut for Aodh Ruadh in the late 1940s in a Democrat Cup match against Glenties.

It was a debut to remember as he was knocked out and spent the night in the old Glenties hospital.

In fact, such was the nature of the injury and the lack of medical assistance at the game that he was supposed to have been anointed on the sideline!

He came through that trauma though, and was a member of the team that won the 1951 county final, playing throughout the championship and lining out at right corner forward in the final against Saint Eunan’s.

When Aodh Ruadh next won the championship in 1986, some 31 years later, his two sons Thomas and Seamus were involved.

Tom also went on to play in the 1955 league final victory over Saint Eunan’s.

Aside from his on-field activities, Tom was an avid photographer and captured many great moments in the club’s history.

He was also ever-willing to help on lotto shifts or in any other capacity he could be of assistance to the club.

Of course music and verse were also great passions of his, and his exploits in that field with the Brass and Reed Band, as well as various other local groups and bands and the Musical Society have been extensively chronicled in the past few days.

Tom’s gentle manner will be much missed in Ballyshannon and beyond.

The club offers their deepest sympathies to Tom’s wife Angela, his children, Geraldine, Christine, Thomas, Seamus, Deirdre, Marion, Lorraine and their families, as well his many friends.

Aodh Ruadh would also like to thank all those who turned out for the guard of honour at Tom’s funeral mass on Monday.