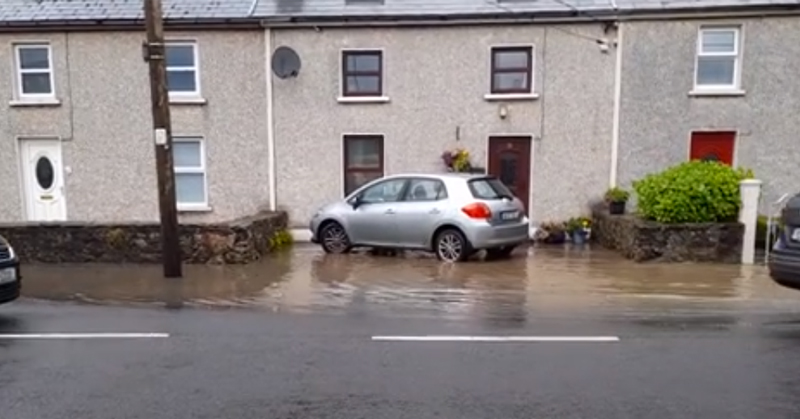 Donegal County Council is set to examine a manhole on Letterkenny’s Back Road following a recent incident of flash flooding.

Residents of Swilly View Terrace at Lower Main Street were forced to use sand bags in a bid to protect their homes from flooding when torrential rain struck on 6th July last.

Cllr Ciaran Brogan has asked the Letterkenny Roads Service to look into the cause of the flooding. He noted that large volumes of water were running down the Back Road at the time of the flooding.

“There was a manhole about halfway down, the water was shooting up out of it which may have contributed to the water on the Slate Row,” Cllr Brogan said.

He requested that all drains on the Back Road be monitored to determine if there are burst pipes or blockages which need to be cleared. The Roads Service agreed to investigate the problems.