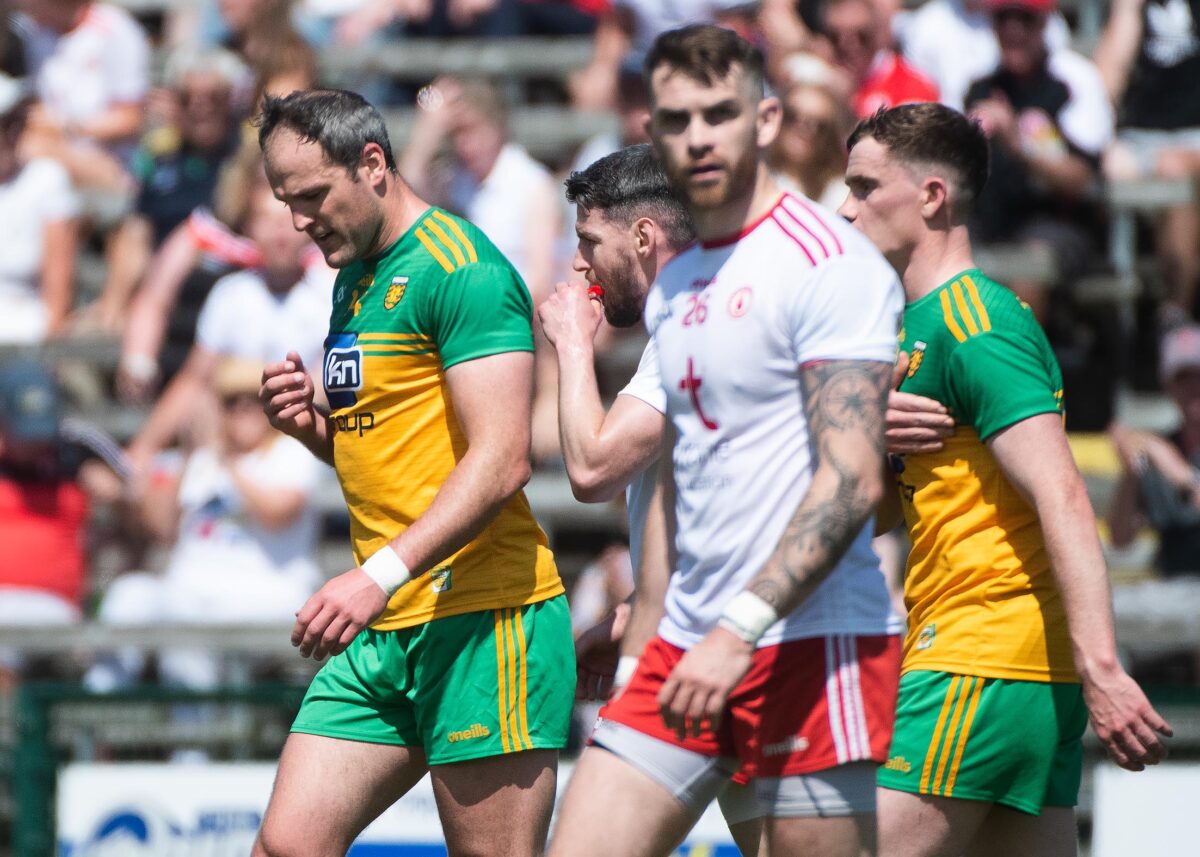 ‘Frustration’ for Declan Bonner as Donegal bow out in semi-final

DECLAN Bonner sat at a makeshift desk in the middle of the John Vesey Stand with the look of a man who wanted to be anywhere else in the world.

Donegal’s hopes of an Ulster final place were zapped by Tyrone on a day when next-to-nothing went right.

With the injured Neil McGee and the sent-off Michael Murphy as spectators, Donegal’s day burned in the Enniskillen sun.

Murphy saw red just after he missed a penalty in the first half. After all of his afternoons pulling embers from the fire, a stout defence was hardly needed for the captain, but Bonner proffered it anyway.

“Michael has been an absolute leader and has been absolutely immense in the time he has been playing for Donegal. It was frustrating for him, no doubt. He was very frustrated that he got the card at the time. Sometimes these things go for you and sometimes they don’t.

“We were playing extremely well. It was nip-and-tuck and I always felt that it would go down to the final straight. It was just the energy that was consumed by the 14 men.

“It’s frustrating from our point of view because it was always going to leave us with an uphill task.”

Bonner felt that his team might have had a second penalty when Michael Langan was upended by Frank Burns, but referee Joe McQuillan shook his head on that one.

Bonner said: “Today, I think Joe got a number of decisions wrong but I’m not going to blame the referee for it. These things happen in championship football.

“There was a couple of key moments in the game, particularly in that period before half-time which was disappointing and frustrating but the lads showed tremendous character in sweltering heat out there when down to 14 men. It was always going to be very difficult

“At the end of the day all we could focus on was the lads that were playing and they gave everything for the Donegal jersey today.

“Ultimately it caught up with us in the last five or six minutes, battling with 14 men against 15 in those conditions.”