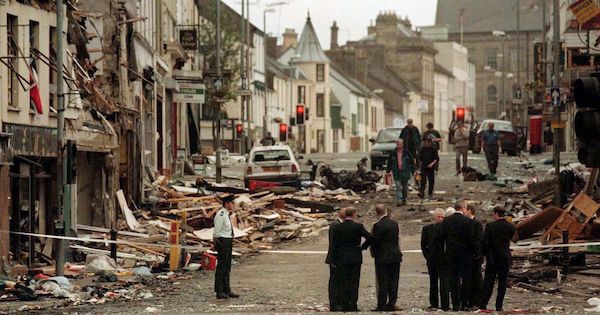 Omagh bombing could have been prevented, judge rules

There was a “real prospect” that the Omagh bombing could have been prevented, a judge has ruled.

The ruling was made today at a Belfast High Court case brought by Michael Gallagher, whose son Aiden was killed in the blast.

Mr Gallagher took a legal challenge against UK government for refusing to order a public inquiry into security failings prior to the bombing.

RTE News reports that Mr Justice Mark Horner has called for new investigations by the UK and Irish Governments into a human rights compliant.

Mr Justice Horner told the court: “I am satisfied that certain grounds when considered separately or together give rise to plausible allegations that there was a real prospect of preventing the Omagh bombing.”

He said he was satisfied that the threshold had been reached to investigate the allegations.

Twenty-nine victims lost their lives in the Real IRA attack in 1998, including a woman pregnant with twins.