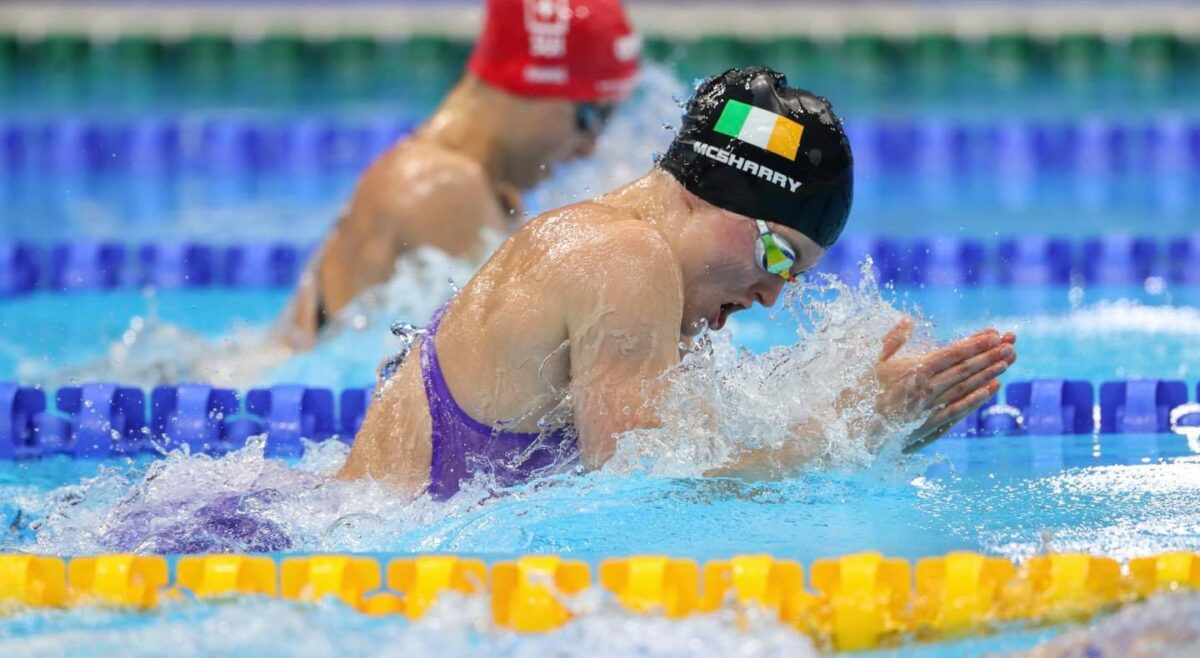 MONA McSharry is through to the 100m breaststroke final at the Olympic Games.

McSharry’s 1:06.59 out of lane 2 sees her into the final as the eighth fastest qualifier.

The Marlin’s Swimming Club graduate was fourth in her semi-final, finishing strongly. It was a superb performance by the 20-year-old.

On her Olympic debut, around 15 hours beforehand, McSharry came through in 1:06.39, just .1 shy of her personal best.

McSharry advanced as the ninth fastest of the 16 qualifiers, emerging from a heat including South African Tatjana Schoenmaker, whose time of 1:05.82 was a new Olympic Record.

Last Autumn, McSharry, from Grange in Co Sligo, took up a scholarship at the University of Tennessee – and her time Stateside has aided her preparation for the Olympics.

She said: “It’s taken me away from times and just getting your hands on the wall first and competing and that is why we do this: to compete and race against people with that adrenalin rush you get.

“I had been so long training and long coursing by myself that it all got about times and it just got in my head a little bit and now I’m just back to racing.”