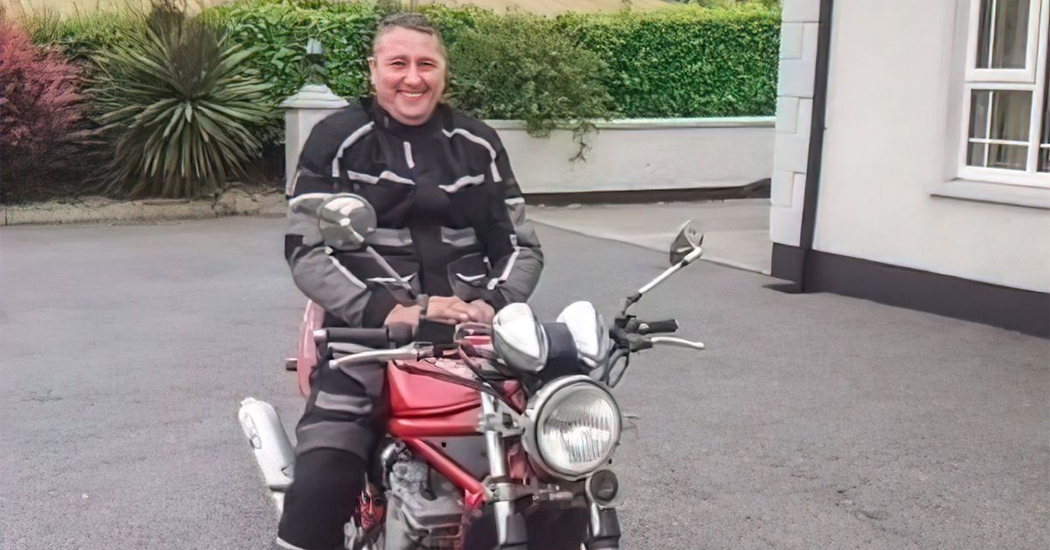 THE motorcyclist killed in a road traffic accident in Letterkenny on Sunday night has been named locally.

He was Alan Devenney, aged in his late 40s, from Dooish, Newtowncunningham.

The father-of-three died after his motorcycle was involved in a collision at around 4.55pm on Sunday on the N14 between the Dry Arch roundabout and the Polestar roundabout.

A nephew of former Donegal County Councillor, he was the owner of AJ Cleaning Equipment & Maintenance Service in Newtowncunningham.

“He was a well respected man in the area,” Newtowncunningham-based Fianna Fáil Councillor Paul Canning said.

“Alan was liked by everyone, he was hard working and very charitable in supporting local causes. He ran a very successful business and he had plans to expand.

“The entire Devenney family are held in high esteem in the area. Sympathy to all of them at this sad time.”

Gardaí are continuing to investigate the collision and have appealed for witnesses to come forward.

Any road users who were travelling on the N14 on Sunday evening between the Dry Arch and Polestar roundabouts and who may have camera footage (including dash cam) is asked to make it available to Gardaí.

Alan Devenney’s funeral will leave his late residence on Thursday afternoon, July 29th at 1.30pm for service in All Saints Parish Church, Newtowncunningham at 2pm followed by burial in the adjoining cemetery.

Due to HSE and Government guidelines, wake funeral and interment are private to family and close friends only with a maximum of 50 people permitted.