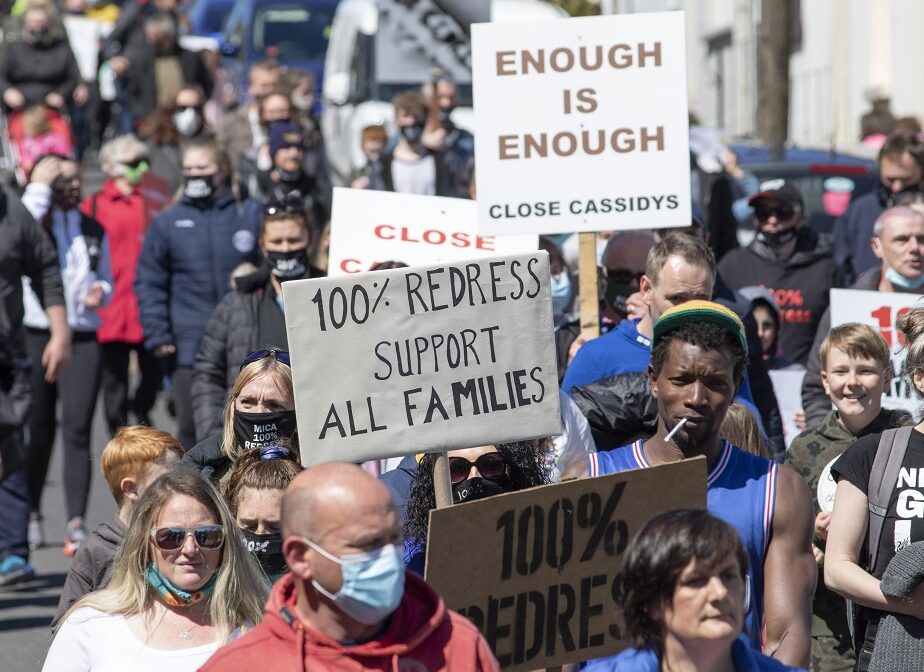 Minister urged to clarify where Govt stands on Mica Redress

Donegal TD, Pádraig Mac Lochlainn has called on Minister for Housing, Darragh O’Brien to urgently meet with the representatives serving on the MICA working group.

The Sinn Fein Deputy said this will clarify his and the government’s position on Mica and Pyrite Redress.

He made the call following reports that senior officials in the Minister’s department have told the working group that they will not change the current scheme to a fully funded 100% scheme as is the case with the Pyrite Remediation Scheme.

Deputy Mac Lochlainn said “These reports have caused great anxiety and distress for the many families who were awaiting a positive outcome to this working group that was supposed to conclude its work this weekend.

“This is a crucial moment and the Minister must move urgently to reestablish confidence in this process. He must meet the leading representatives of the campaign in Donegal and Mayo who are sitting on this working group straight away and clarify where the government stands. Are they ruling out 100% Redress?”

“On June 15th last, my party’s motion calling for 100% Mica and Pyrite Redress for the families devastated by crumbling homes was unanimously passed in the Dáil. The government are mandated to implement that motion so why are the Minister’s senior department officials putting forward a position in defiance of the expressed wishes of the directly elected parliament of the people?

Deputy Mac Lochlainn added that the Minister needs to sort this out.

And he added “And he needs to be very clear, that if this is not sorted out, the people of Donegal and the other affected counties will fight him and the government tooth and nail all the way till justice is delivered and our devastated families can rebuild their homes and lives”.