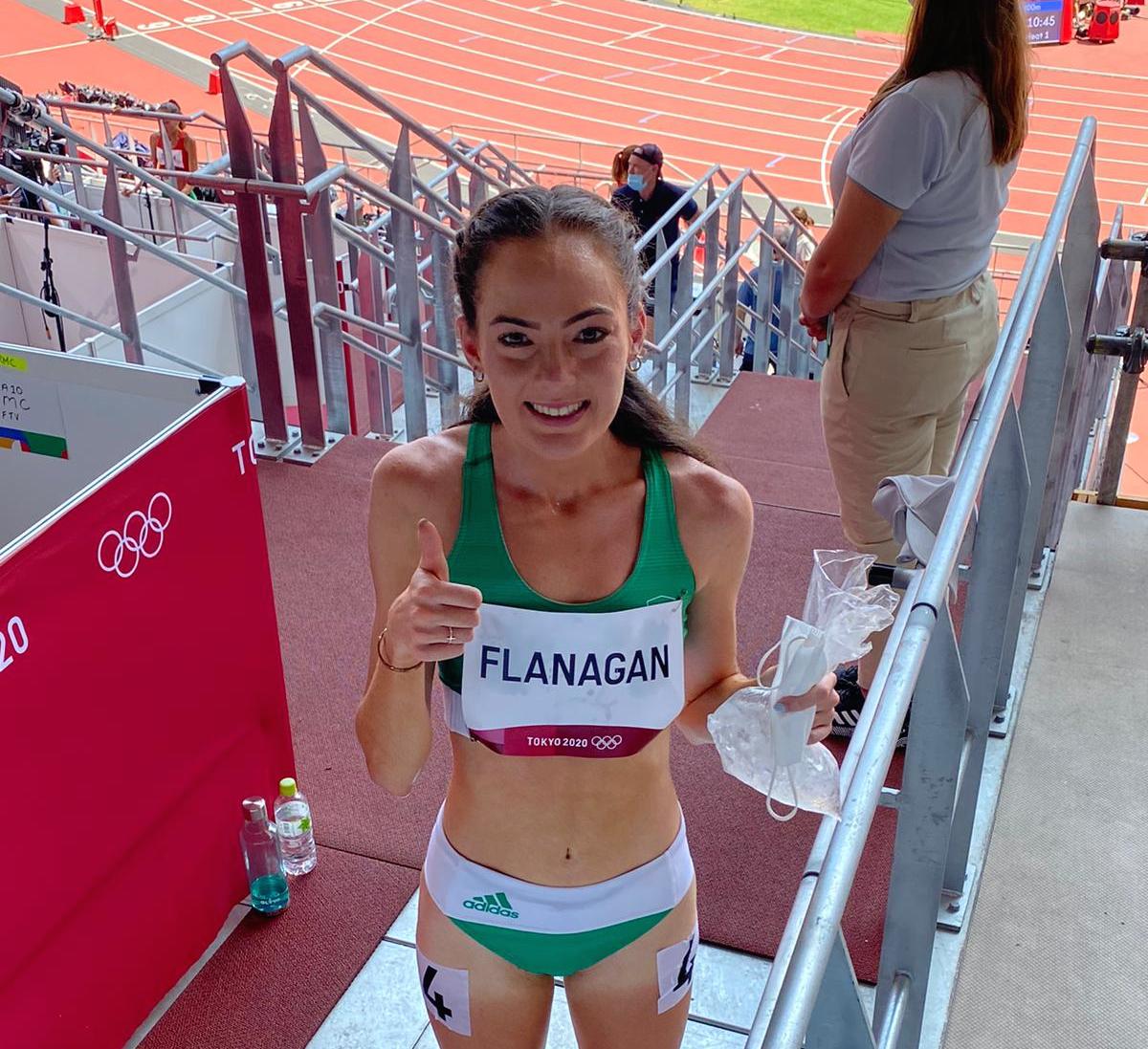 In searing temperatures inside the Japan National Stadium, where the mercury was touching 38 degrees, Flanagan gave the performance of her life.

Flanagan came through 1000m in 3:11.5 and her watch was at 6:22.8 after 2000m. Flanagan finished 12th in her heat and will be seriously encouraged by her display on the biggest stage of all.

Before her departure for Tokyo, Flanagan said she wanted to ‘raise to my absolute best and my ability.’

The Gortin woman did just that, a superb PB a real outline of her potential.

Flanagan, a scholarship student at Adams State University – where she is coached by Damon Martin – only hit real prominence in May when she set a new Northern Ireland record in the event.

Flanagan’s determination was evident in how she went to the well to secure qualification in June.

Her season – and indeed her Olympic dream – looked over as she finished second behind Michelle Finn at the Irish Senior Track and Field Championships at Morton Stadium.

Flanagan, though, had her eye on a race in Lucerne. With the aid of Patsy McGonagle, the former Irish Olympic Team Manager, at Finn Valley AC, the wheels were in motion and – eventually, after a few stressful hours or waiting, wondering and worrying – entry into the meet was secured. A hastily-booked flight later and Flanagan was on her way.

At the Continental Tour silver meeting, Flanagan moved firmly into Olympic contention with an excellent 9:42.71. The time proved enough to seal qualification via the rankings.

The conviction she showed was vindicated as she boarded the plane and now enhanced with a lifetime’s best performance.