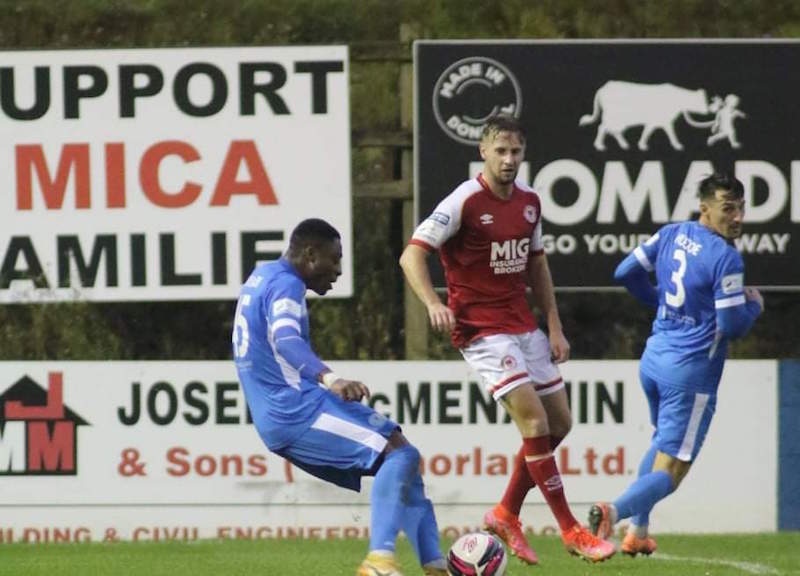 TUNDE Owolabi was the hat-trick hero on a night when 800 supporters were welcomed back to Finn Park.

Nine minutes into the second half, Owolabi completed his hat-trick – the first by a Harps player in the Premier Division since Jonathan Speak’s treble in a 4-3 loss to Sligo Rovers in 1997.

The flag stayed down as Owolabi latched onto Ryan Connolly’s pass and the attacker rounded Vitezslav Jaros, the Pat’s goalkeeper, before sliding into the Town End net.

Owolabi beat the offside trap to get onto Barry McNamee’s ball over the top. The former FC United of Manchester striker powered into the penalty area and, from the tightest of angles close to the by-line, Owolabi riffled home with a low finish.

The on-song Owolabi might have had more, but was denied by Jaros, who also thwarted Barry McNamee late in the game.

Harps had limited numbers in their squad, Ollie Horgan naming only six of the nine permitted substitutes.

Mark Coyle, though, was back from suspension, with Ethan Boyle and Karl O’Sullivan also included from the off.

Harps were without Kosovar Sadiki, Shane McEleney and Dan Hawkins, while Sean Boyd was suspended.

Pat’s forced a succession of corner kicks in the opening period, but Harps broke the stalemate against the run of play in the 12th minute. 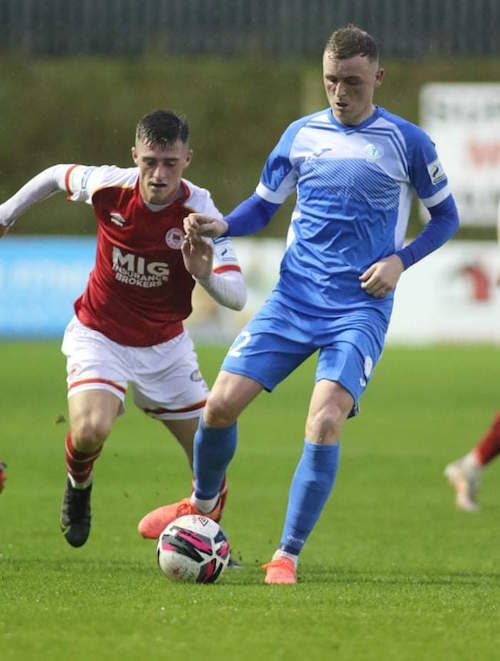 Coyle fed Owolabi, who still had work to do on the left side of the penalty area. Owolabi steadied himself before curling to the far corner, giving Pat’s ‘keeper Jaros no chance.

A minute earlier, Owolabit was denied by a full-stretch Jaros, but the lead was short-lived as Pat’s drew level within two minutes.

After Barry McNamee was deemed to have handled the ball by referee Damien McGraith – much to the chagrin of Horgan – Forrester beat Mark Anthony McGinley from the penalty spot.

Owolabi reached out to a loose ball at the far post on 22 minutes, but his brilliant finish had Harps in front by the break.

The 26-year-old struck again to complete the win and send the 800 fans singing in the rain. 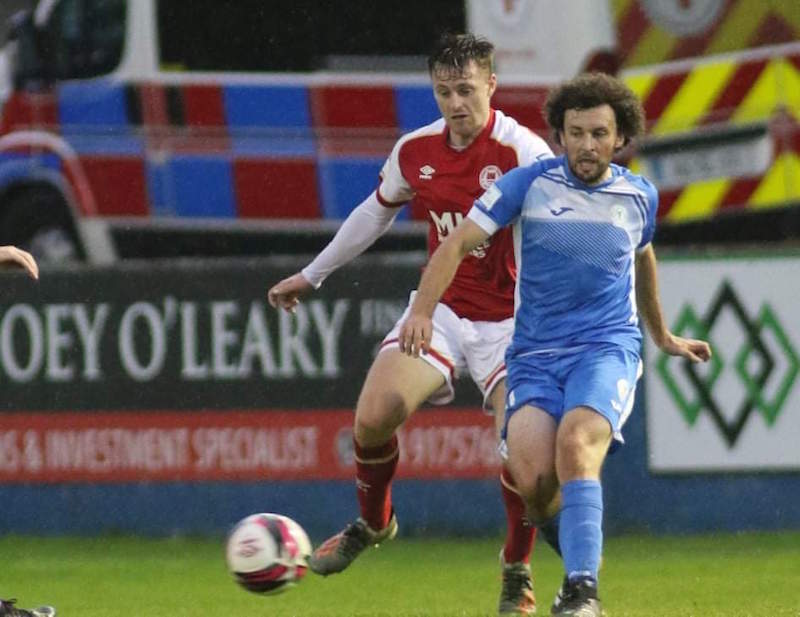