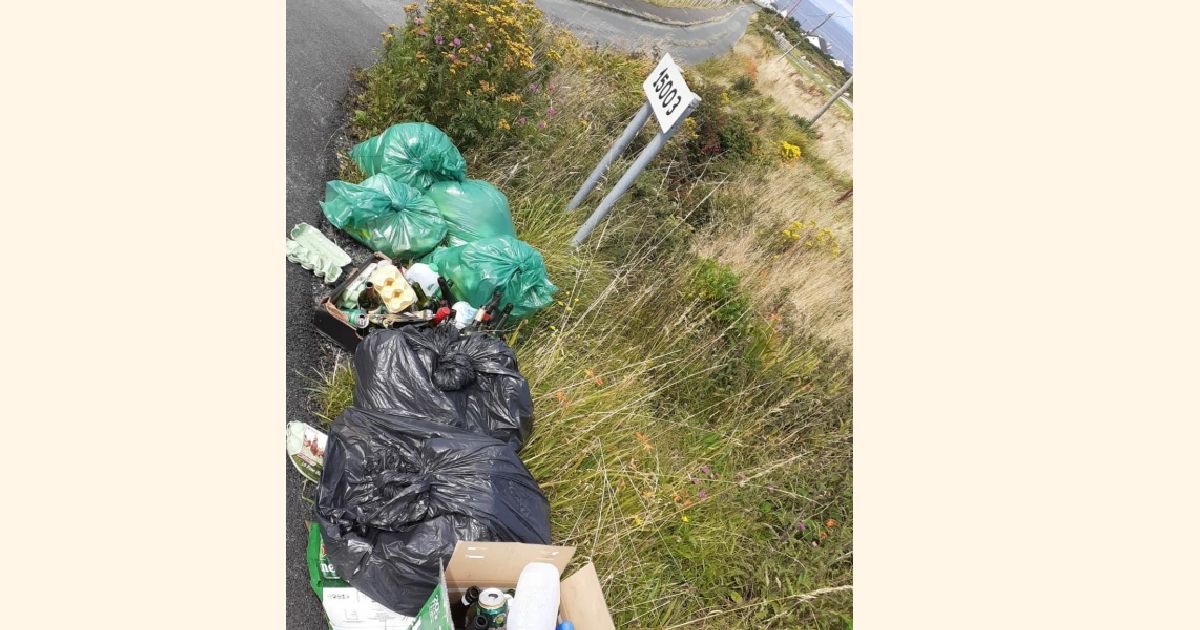 A WEST Donegal County Councillor has hit out at litter louts whose actions are marring a scenic area in the county.

Cllr Michael Cholm Mac Giolla Easbuig says that holiday makers to the area were responsible for the discarded rubbish at Mín Lárach.

“It’s a beautiful part of the world, why would anyone think this is ok,” he said.

“I’m told this was left here by holiday makers to our community. This makes me so mad.”

The discarded items include bags of rubbish as well as empty beer bottles, milk cartons and other waste.