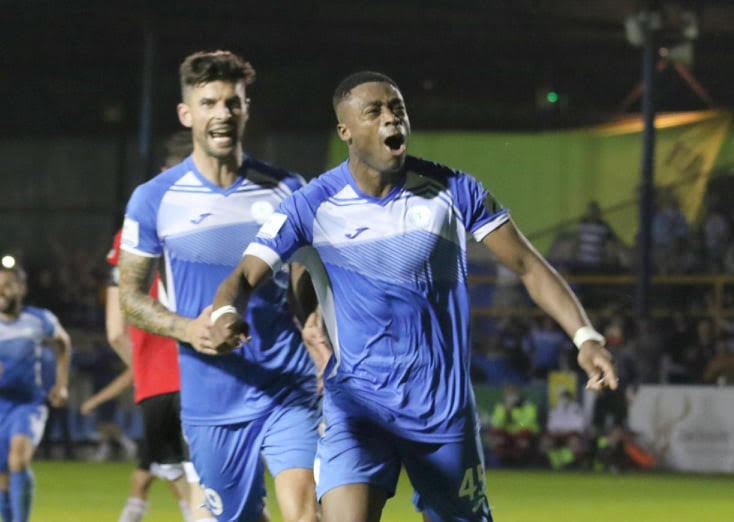 Finn Park capacity increased to 2,100 for visit of Shamrock Rovers

AN increase in capacity to 2,100 fans have been announced for Finn Harps home game against champions Shamrock Rovers this weekend.

Finn Park was rocking for the recent wins over St Patrick’s Athletic in the league and Derry City in the Cup.

Now the greatest challenge of all awaits on Friday night as the champions come to town.

The tickets are already selling via finnharps.ie/tickets

A club spokesperson said: “The fans were brilliant in the recent games and it was notable how many of the players mentioned it in their interviews after the matches.

“It has been brilliant to see so many old faces back and new ones too as the restrictions have begun to unwind recently.

“With the increased capacity allowed on Friday we are asking the fans who have backed the club consistently through the pandemic via the 500 Club, lotto and many other avenues, to get to Finn Park and get right behind the team against Rovers.

“We’re have been flying in recent times and the fans can once more be difference makers in keeping that run going.”

The club added that they are expecting to welcome a substantial away following from Rovers.

The spokesperson said “They have been buying up plenty of tickets already so it’s even more important to get a good home crowd. It’s very easy to get your tickets for the game via finnharps.ie/tickets and doing so early will ensure you get to watch the game from your favourite spot.

“Tickets must be purchased in advance, so if you have any difficulty buying online please ask a friend or relative to help. Alternatively, you can contact the office at Finn Park in person or by calling 0749130070. Fans are advised to arrive in plenty of time on the night to avoid queues at the gates.”