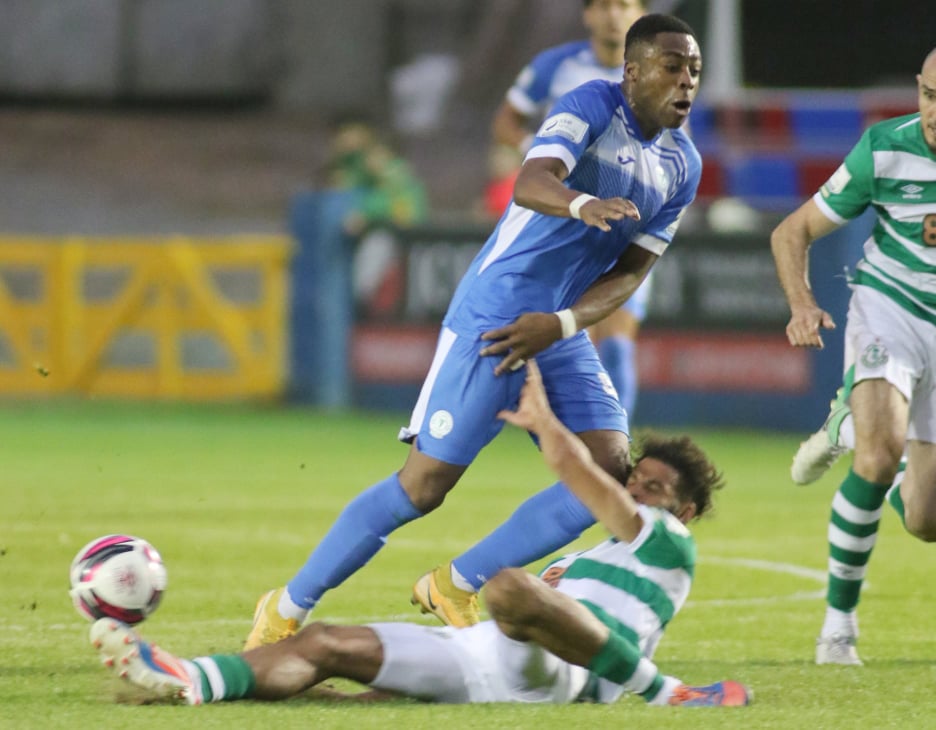 Owolabi bagged the 85th minute winner as Ollie Horgan’s men made it six wins in a row.

After an unfortunate own goal by Adam Foley cancelled out Jordan Mustoe’s fine opener- his first Harps goal – a draw look on the cards.

But Harps have found real form in recent weeks and they weren’t to be denied as Owolabi converted from Karl O’Sullivan’s cross.

Finn Park was already daring to dream when former Liverpool FC schoolboy prospect Jordan Mustoe broke the deadlock 11 minutes into the second half.

A superb move, stemming from a Dave Webster throw, saw the ball worked through Will Seymore and Barry McNamee before Ryan Rainey teed up Mustoe.

From inside the penalty area, Mustoe shot past Alan Mannus. 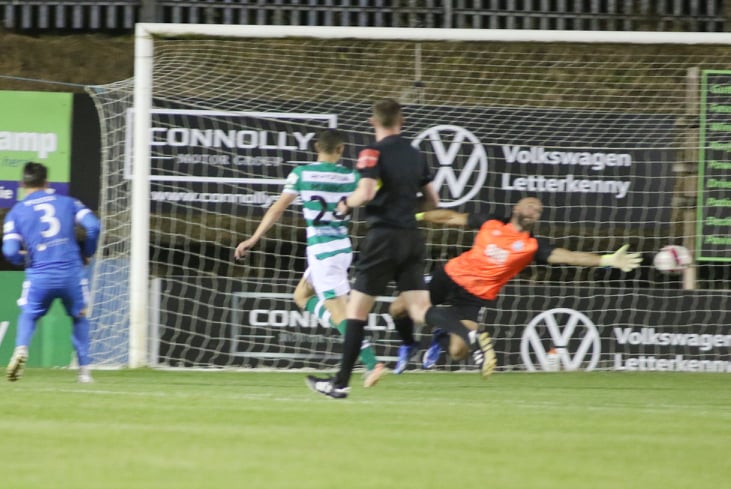 Harps hadn’t beaten Rovers since goals by Marc Mukendi and Conor Gethins sealed a 2-0 win in the last game of the 2008 season.

Good value for the lead, Harps might have doubled the advantage but, moments later, Rainey attempted to drive in from the edge of the box. The Bonagee man, who was superb again, was denied by a brave block by Barry Cotter.

However, Rovers drew level 19 minutes from the end when, from a Dylan Watts cross, Foley’s header went into his own goal.

Buoyed by a run of five successive wins – three in the League and two in the FAI Cup – Harps sensed the winner was on and Owolabi’s fifth goal in three games sealed a memorable win. 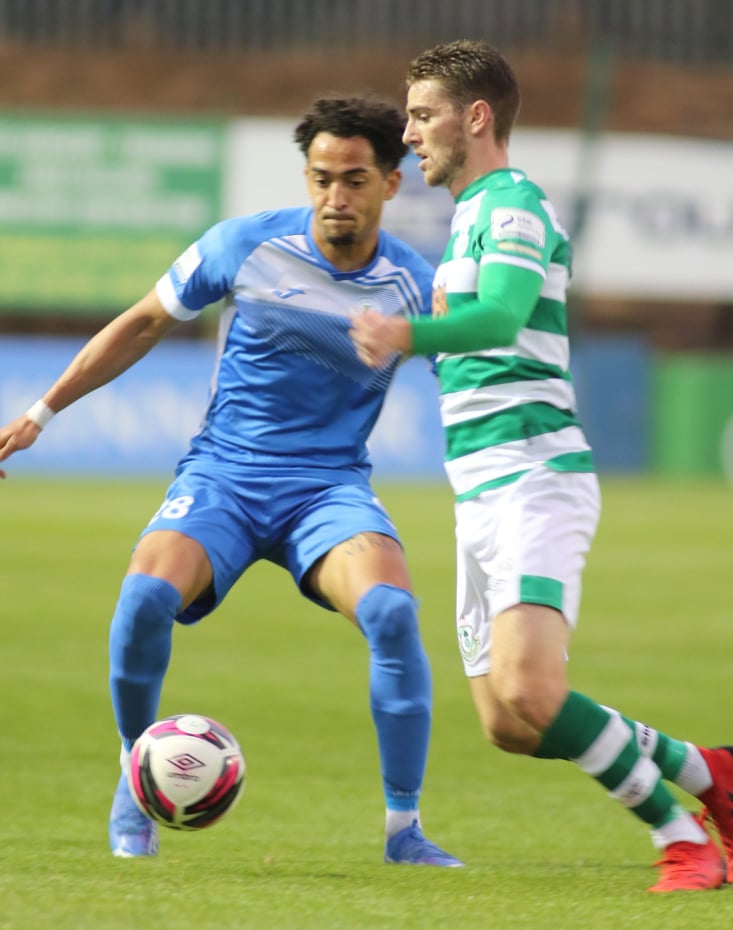 Harps began the night well and Mannus made a standing save from Foley in the tenth minute.

Mark Anthony McGinley’s first time ball up field saw Foley beat Mannus in the race, but the Rovers goalkeeper stood tall and batted away on the edge of the area.

Seymore – back into the side along with McGinley and Kosovar Sadiki – fizzed narrowly over the Town End crossbar after being teed up by Foley.

Harps were backed by their biggest crowd in 18 months. Although the attendance was shy of the permitted 2,100, the atmosphere was also aided by a good Shamrock Rovers following on the gantry terrace. 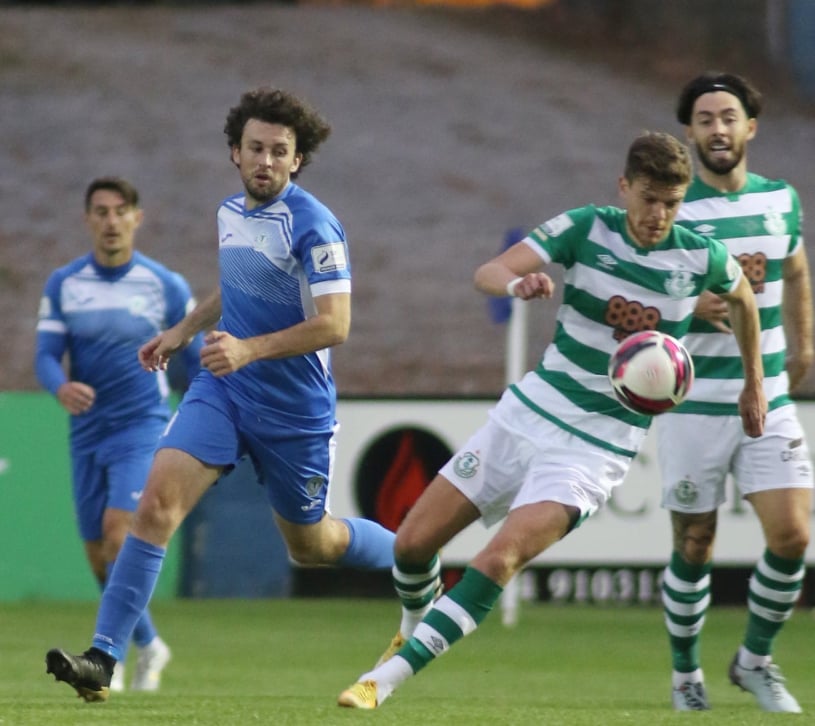 Rovers’ Dylan Watts went close with a cross-cum-shot after the half-hour while Rovers debutant Cotter did well to thwart the advances of in-form Harps attacker Tunde Owolabi, who was ready to get onto the end of Seymore’s ball around the back.

Rovers, the 2020 champions, arrived in Ballybofey without Roberto Lopes, who is off on World Cup qualifying duty with Cape Verde.

On a week when Liam Scales sealed a move to Celtic, Ronan Finn was absent because of a suspension while injuries ruled out Lee Grace, Sean Hoare, Sean Kavanagh and Neil Farrugia.

The Hoops were also missing the influence of Danny Mandroiu, banned for one game due to his reaction to Bohemians supporters at the end of last weekend’s FAI Cup tie at Dalymount Park. 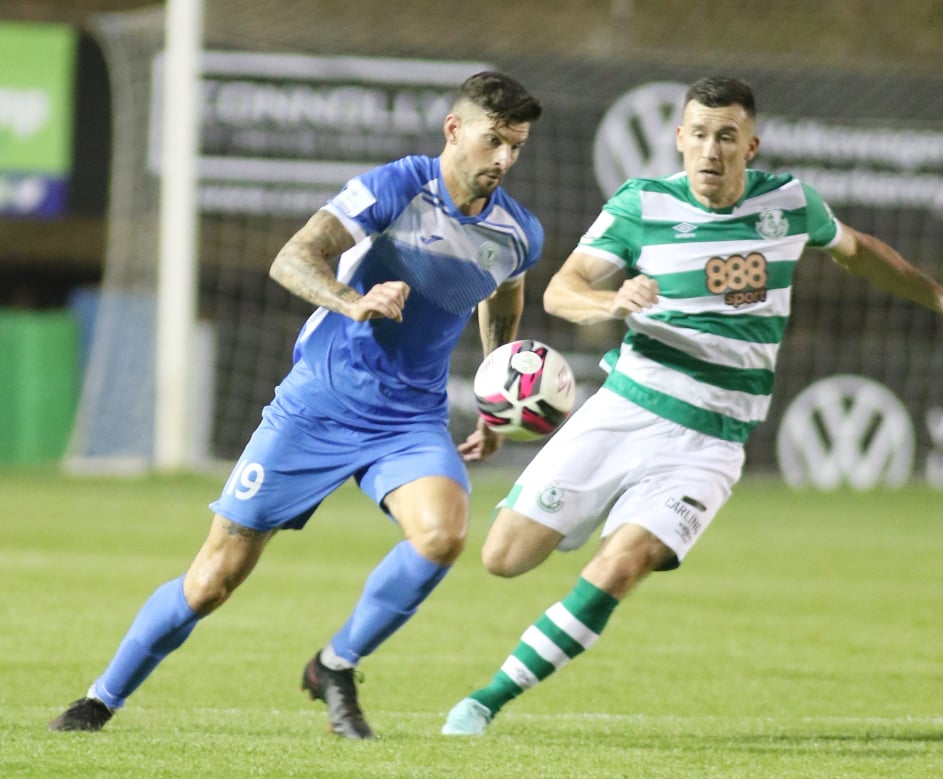 The Dubliners were stunned soon after when Mustoe broke the deadlock, sending Finn Park into raptures.

The drama had yet to arrive. Soon, Finn Park’s new hero was at it again.