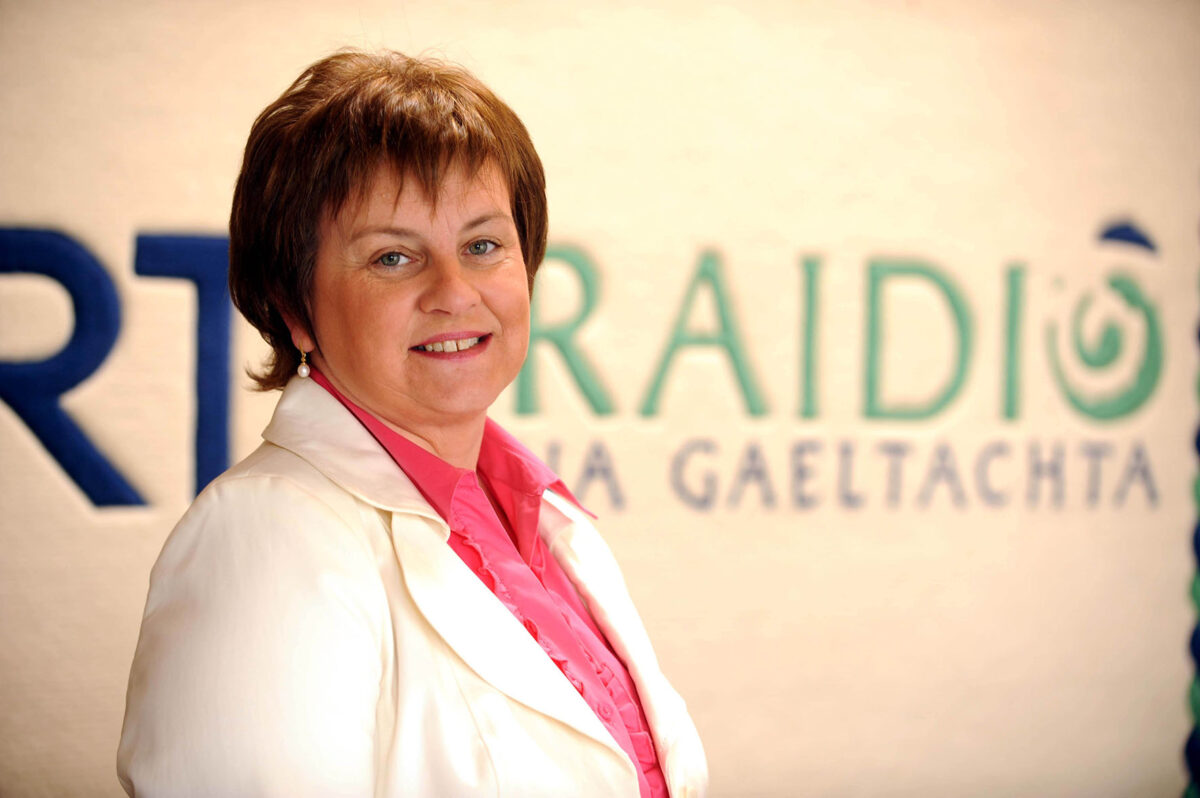 EDEL Ní Chuireáin, Regional Manager in Donegal for RTÉ Raidió na Gaeltachta and former Head of the station, retired from her position on Friday after almost 39 years’ service.

Edel Ní Chuireáin is from Gort an Choirce in northwest Donegal, and started with RTÉ RnaG in October 1982.  She started in the newsroom, and enjoyed the job immensely from her very first day, taking to it easily.

At that time, Raidió na Gaeltachta was located in Srath na Corcra in Gaoth Dobhair, a small building with just one studio and one office, shared by everyone.

A year after she started, they moved to their current location on Bóthar an Screabáin, and Edel is now the last staff member still working there who was part of the Srath na Corcra team.

She has seen immense changes in terms of communications and radio technology in her time.  She remembers that Bunbeg 123 was the number for the station, but all calls had to be put through the telephone exchange until they got their own dial phone a number of years later. 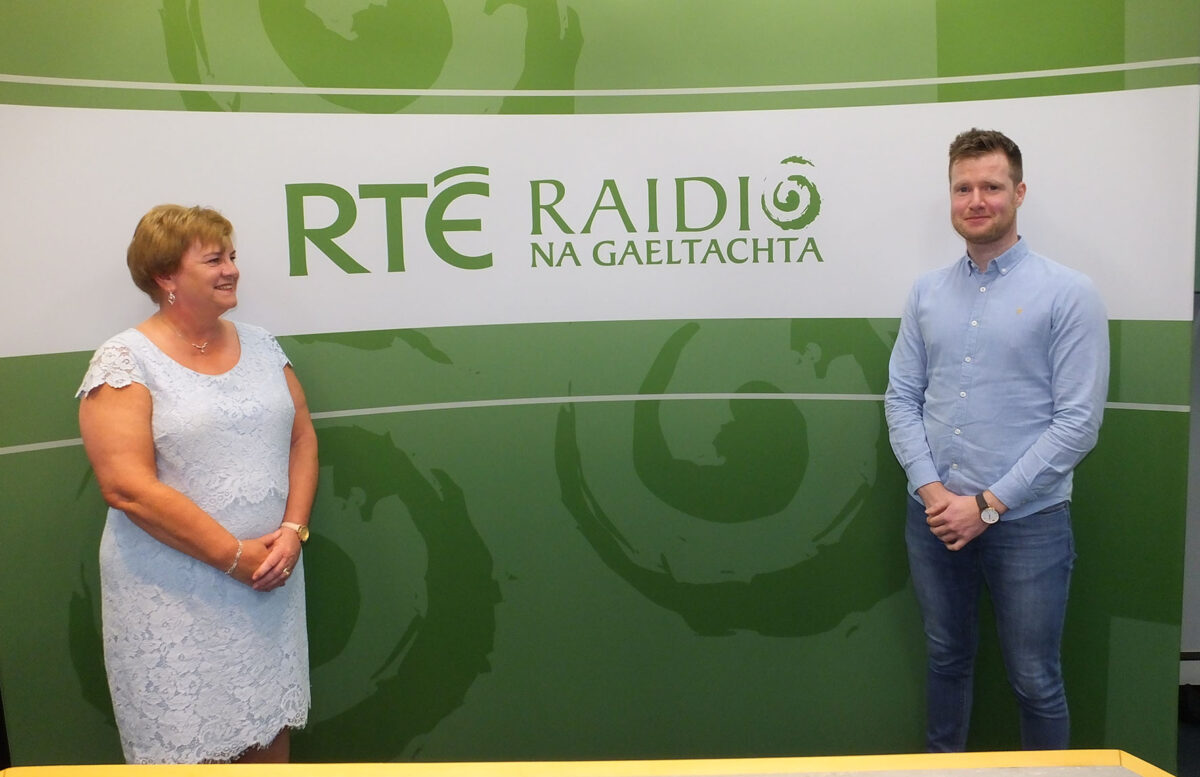 For the most part, the radio programmes were made up of pre-recorded interviews and packages that had to be edited beforehand, because at that time there were no on-air phones to allow you to put an interviewee on air.  Journalists had to carry heavy, clunky equipment with them when they were going out to record, Uhers, with long leads, but that all has all changed, of course, in the years since then.

If the technology was challenging, it was worth the investment. Edel says that her greatest pleasure was going out into the community and having the chance to meet people, who were always extremely welcoming.

She remembers fondly some of the great characters from other Gaeltacht areas in Donegal that she got to interview, the likes of Annie Mhór Ní Dhochartaigh in Gleann Fhinne, Cití Seán in Teileann, Alphonsus Mac an Bhaird in An Charraic and Paddy Mór Mac a Ghoill in Eadar Ghabháil in Ardara to name just a few.  She travelled across the county recording music sessions, and got a chance to know the Irish-language community in the North too, through programmes such as Seal Aduaidh, and the schools programme Mol an Óige. 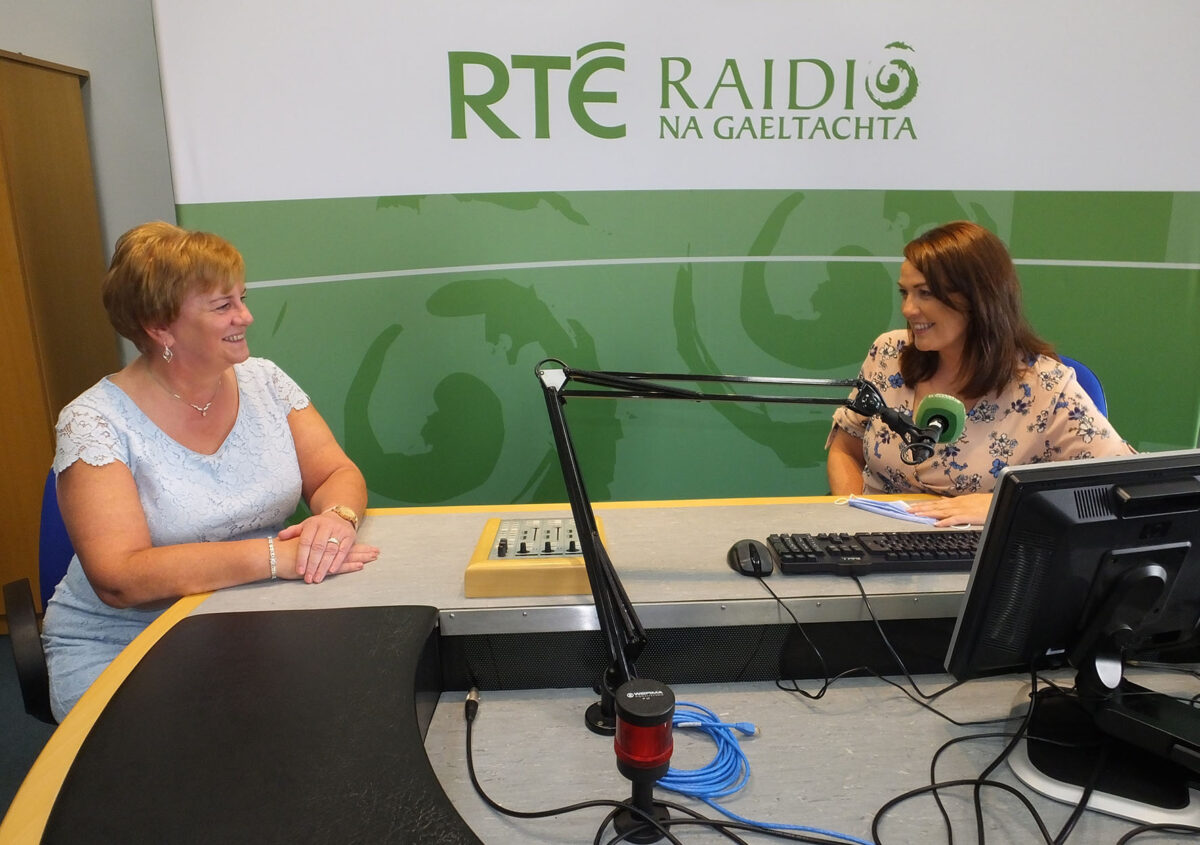 Edel was appointed Regional Manager for Donegal in 1994, the first woman to join the management committee of the organisation, and she spent 10 years in that role until she was appointed Leascheannaire, or Assistant Head of Service, for RnaG.  That position was based in Galway, so herself and her husband Pól, and their three young children, decamped to the west.

She was appointed Ceannaire, or Head of Service in 2006, the first woman to ever hold that role.

She says that the first years as Ceannaire were particularly enjoyable and satisfying as the economy was booming and funding was strong.  Unfortunately, that came to an abrupt end and Edel subsequently had to guide the station through some of its most trying years, with numerous cutbacks. 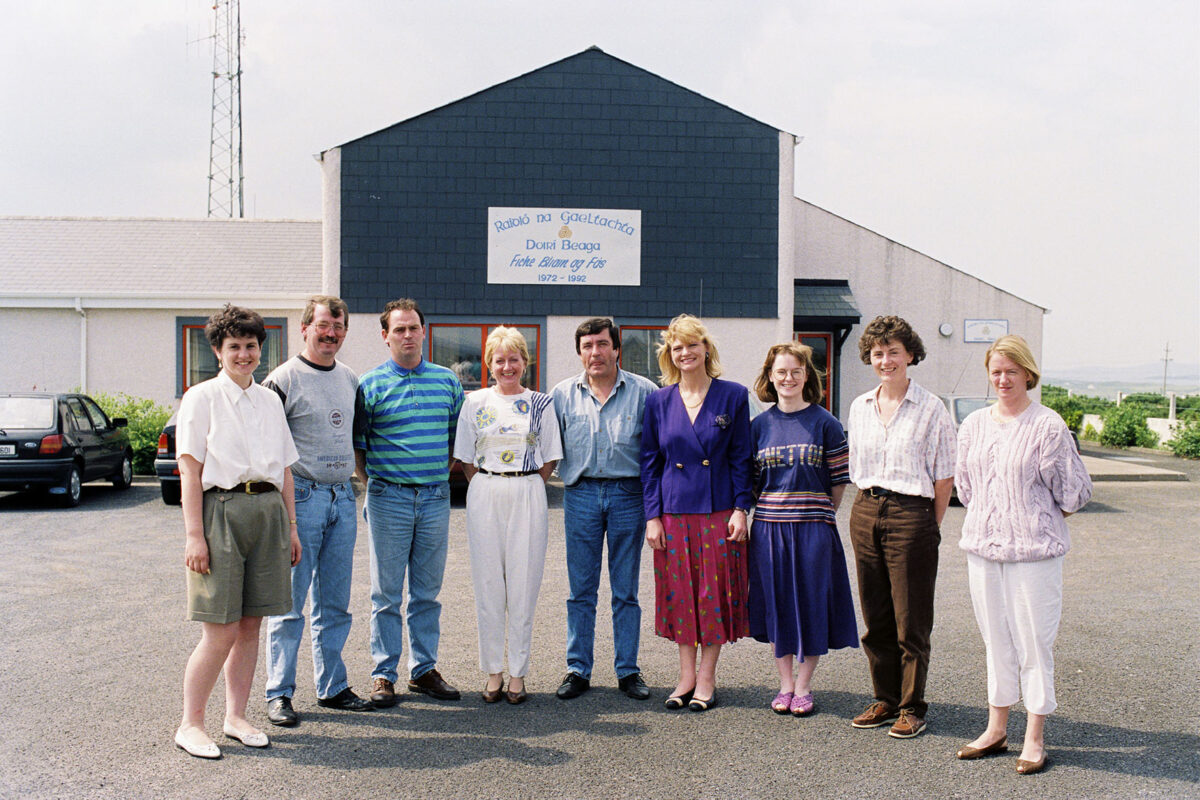 She was Ceannaire when the station celebrated 40 years on air in 2012, and was instrumental in many developments in the service, including the addition of the very popular entertainment programmes such as Rónán Beo to the Oireachtas festival broadcasting schedule.  Edel spent 11 years as Ceannaire, and returned to Donegal in 2017 as Regional Manager.

A special edition of Barrscéalta was broadcast on Friday to celebrate and honour her work.   Edel and guests went down memory lane, remembering some of the big changes she has seen in her time with RnaG.

A special mention was given to the edition of the Barrscéalta programme she presented the morning after the staff had learned of the sudden passing of former manager Séamus Mac Géidigh.  She was praised for how she stepped in and presented the programme in such difficult circumstances, showing courage and dedication to the service.

Edel said:  “I have loved this job from the very first day, especially my work as a journalist, no two days were the same and I really enjoyed it.  I worked with a wonderful team here in Donegal and across the organisation, I got to meet some wonderful people and the community was always so welcoming.  I have great memories of my time here, and I was lucky to be given so many opportunities through my work.  I’ll always be grateful to those who supported, trained and guided me.  I’m very proud of Raidió na Gaeltachta, a real station for the community.” 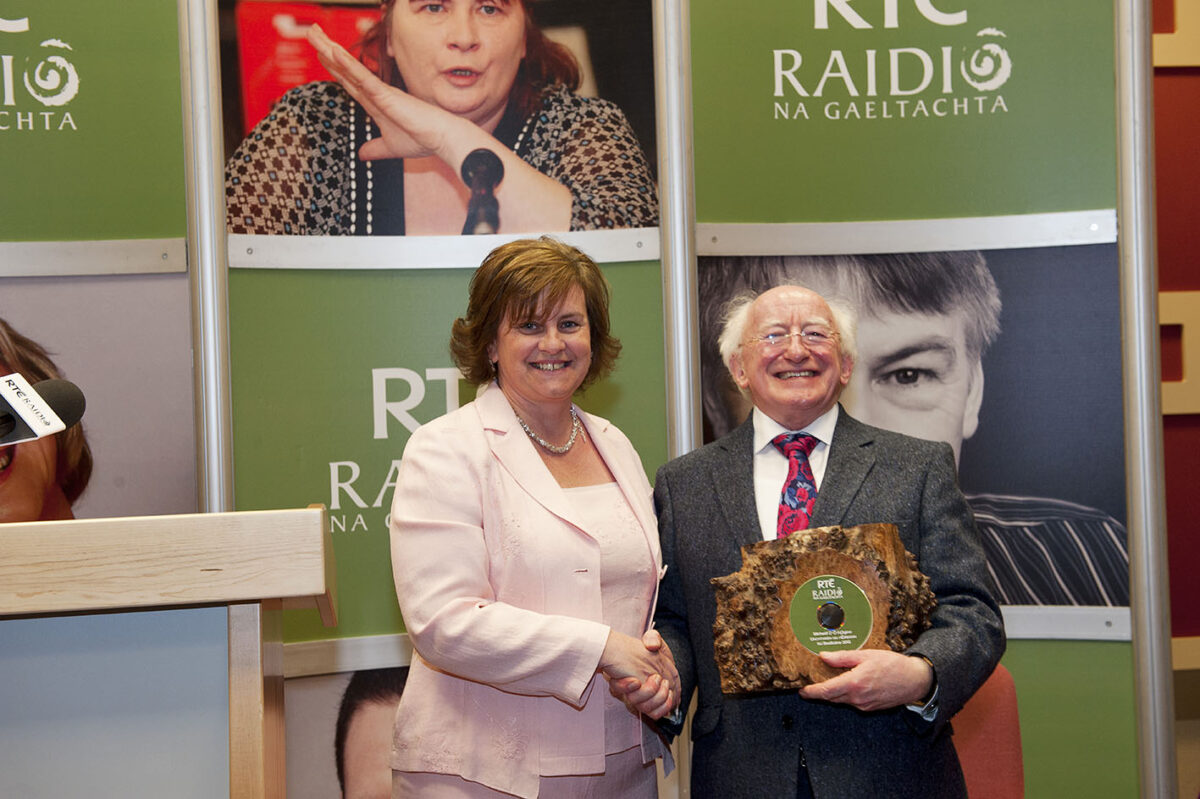 President Michael D. Higgins and his wife Sabina during a visit to RTÉ Raidió na Gaeltachta HQ in Casla in Connemara on Friday 11 May as part of the station’s 40 year celebrations. Photo:Andrew Downes

“She has been a pioneer, the first woman on the management committee for the station, the first woman head of service or Ceannaire, and the person who served for the longest time in that role, through good times and bad.  She has given fantastic service and I’d like to thank her for that.”

You can listen back to Friday’s special edition of Barrscéalta at www.rte.ie/rnag