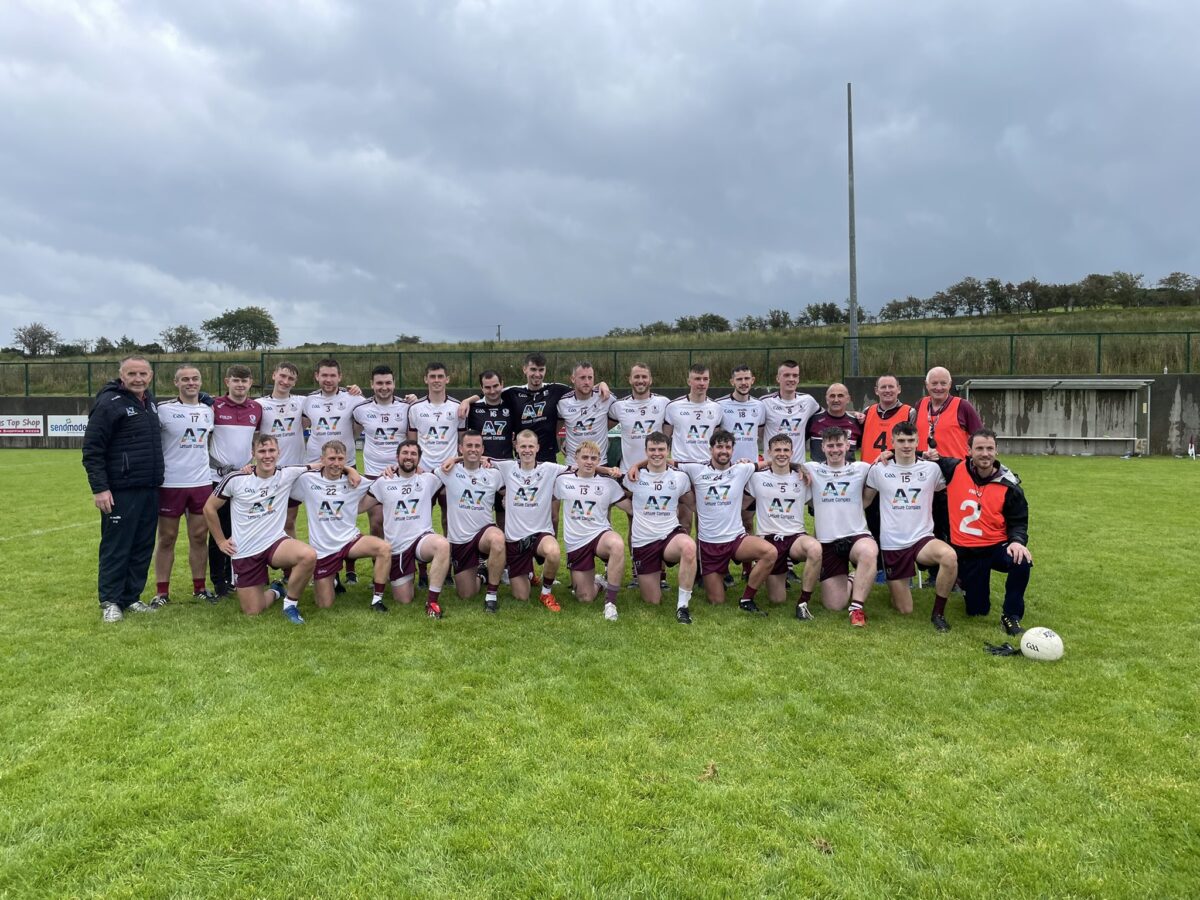 By Charlie Collins at The Burn Road

This battle of the Gaels from Fanad and Letterkenny for the right to join Buncrana in Division Two of the All County League produced a cracker of a game with extra-time required before the Letterkenny men prevailed by a single point.

We had fifteen points in the opening half – all from play – and many from the top drawer of taking scores.

Gaeil Fhánada raced to a three point lead before the first waterbreak, 0-04 to 0-01. The excellent Ronan Frian opened the scoring for Letterkenny but Gaeil Fhánada hit back with four in a row, two from Bernard McGettigan and one each from Michael Sweeney and Liam McGrenaghan.

Conor McBrearty and Cormac Cannon hit two quick points when play resumed to leave one in it but three quick replies from Darren McElwaine, Oisín Sheils and Eoghan Carr left the Fanad men 0-7 to 0-3 ahead.

Letterkenny Gaels responded again however and three vital points from Sean McDonagh, Conor McBrearty and Cormac Cannon left just one in it at half-time, 0-8 to 0-7 , all fifteen scores coming from play as the heavy rain fell on the Burn Road.

Back came Gaeil Fhánada with points from Carr – with the game’s first score from a free in the 49th minute – and another from Shiels to lead again, but Cannon had the teams level yet again with a free from way out on the right side.

Mark McAteer converted a close range free to put Gaeil Fhánada ahead but after Darren McElwaine had been blacked carded for a foul on Cannon and the free brought forward by referee Enda McFeely, Cormac Cannon tapped over the equaliser to send us to extra-time with the teams on 0-12 apiece.

McElwaine and a super Diarmuid Ó Cathail fine effort for Letterkenny were the only scores of the opening period as the score remained level, 0-13 each.

Oisín Shiels again put Gaeil Fhánada ahead again, but Cannon knocked over his seventh point in a brilliant performance and then wing-back Ó Cathaill came for forward again to kick an excellent score from wide on the left and his team led for only the third time in this outstanding game.

Despite Gaeil Fhanada’s best efforts in the short time remaining it was the Gaels from Letterkenny who held out to take the victory in a year when the club is celebrating it’s 25th Anniversary and will now play Division Two football for the first time in it’s history next year.