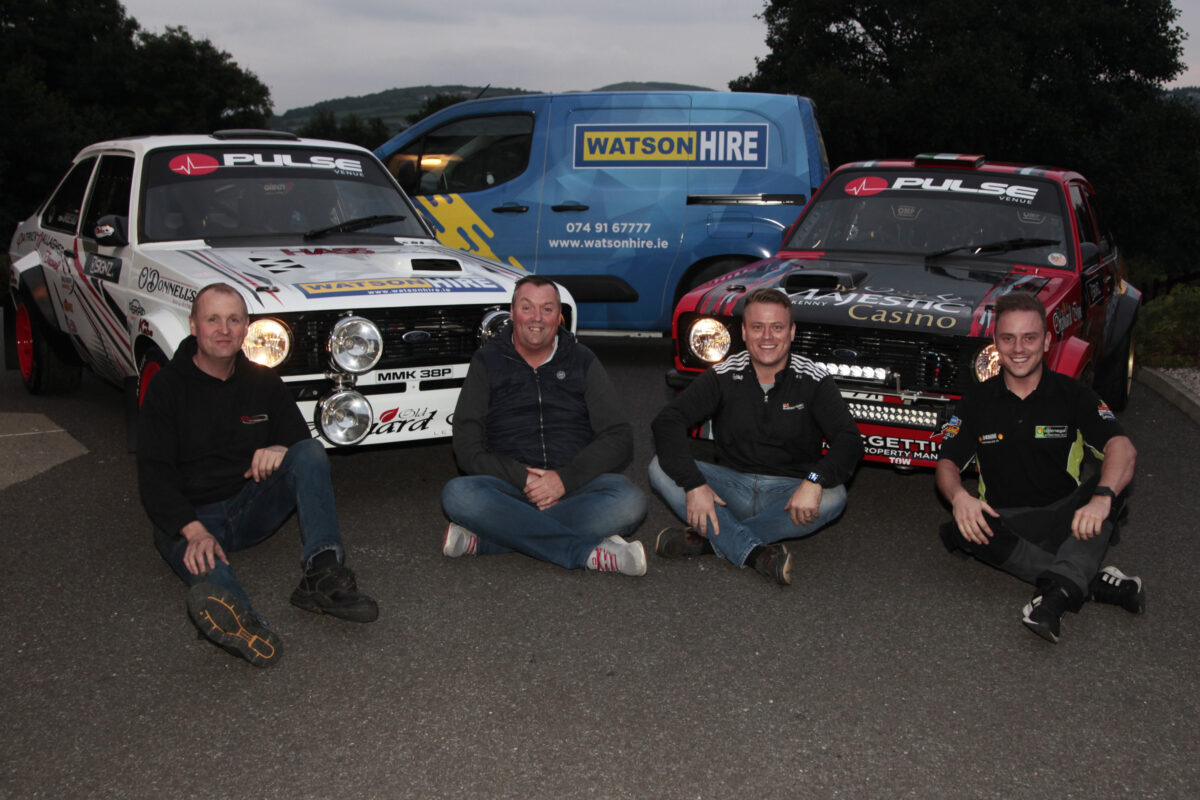 IT’S finally coming together with something that was on the bucket list for the longest time.

Back at the start of this year, in the height of the lockdown, it looked very much like no rallying would be happening anywhere in Ireland for 2021.

Two local sets of rallying brothers, Paul and Karl Reid and Kyle and Dale Mc Gettigan from Illistrin and Letterkenny respectively, decided to take up the invite and head for mainland Europe to compete in a number of rallying events.

With the two teams competing in two Mk2 Escorts prepared by Paul’s business Reid Motorsport they were perfect for a very special rally for Mk 2 Escorts exclusively in Belgium.

The plan is to get the cars and services barges over to Belgium and leave them there and commute over and back to take part in a number of events in the coming months.

This is different from doing rallies at home as every eventually has to be considered and all has to be transported at the start as the crew will be commuting by plane back to Ireland between events.

For the McGettigan brothers Kyle and Dale it will be a case of swapping one steering wheel for another as they work in mainland Europe driving two left hand drive Scania trucks for Glenswilly haulage operator Kevin McDevitt.

It’s familiar white. what’s different about the look of both cars  is that they are both kitted out with extra driving lights for competing on stages after dark, The Reid escort has the traditional ‘two up two down’ set up the while McGettigan cars has opted for the new more powerful strip driving lights 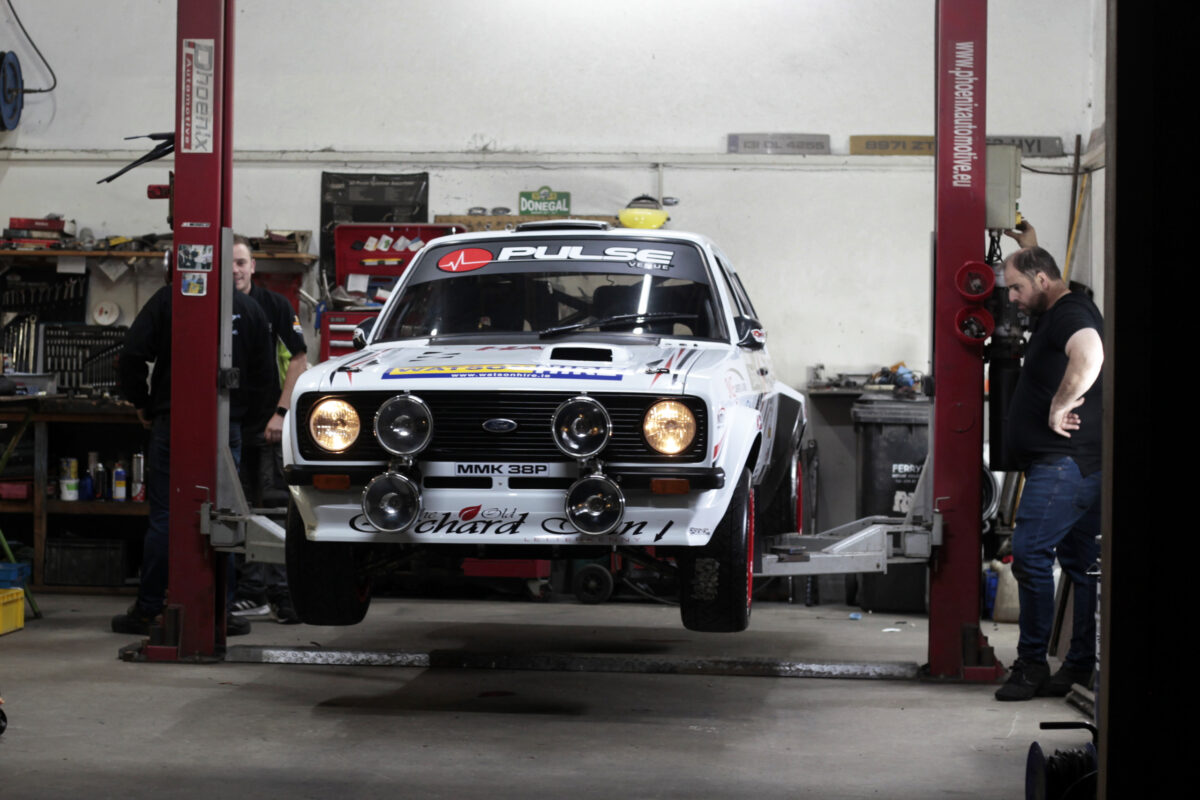 PJ Bonner does a final check on Paul and Karl Reid’s Mk2 in the workshop before the departure to Belgium Photo Brian McDaid.

Looking at the two cars and crew on Friday evening they were brimming with excitement to get on the road. Support team will included PJ Bonner, Timmy Lunn and Caolan Reid along with Kevin Gallagher from KGP Motorsport who has over twenty of the competitors from Ireland and mainland Europe running with his engines, Kevin will also have a  stand at the these Rally Special MK2 events with the latest in development of power plant that he builds in Donegal

Sponsorship, a vital part to make this all happen come from a lot of local businesses in and around Donegal and further afield. The McGettigan team are grateful for the sponsorship from the following: Pulse Venue, Majestic Casino Letterkenny, Dermott McGettigan Letting Agent, Sunset Tanning Ltd, Toffy Tavern London, Friars Rest, McGettigan Travel.ie, Doc Cam and Illistrin Tyres. 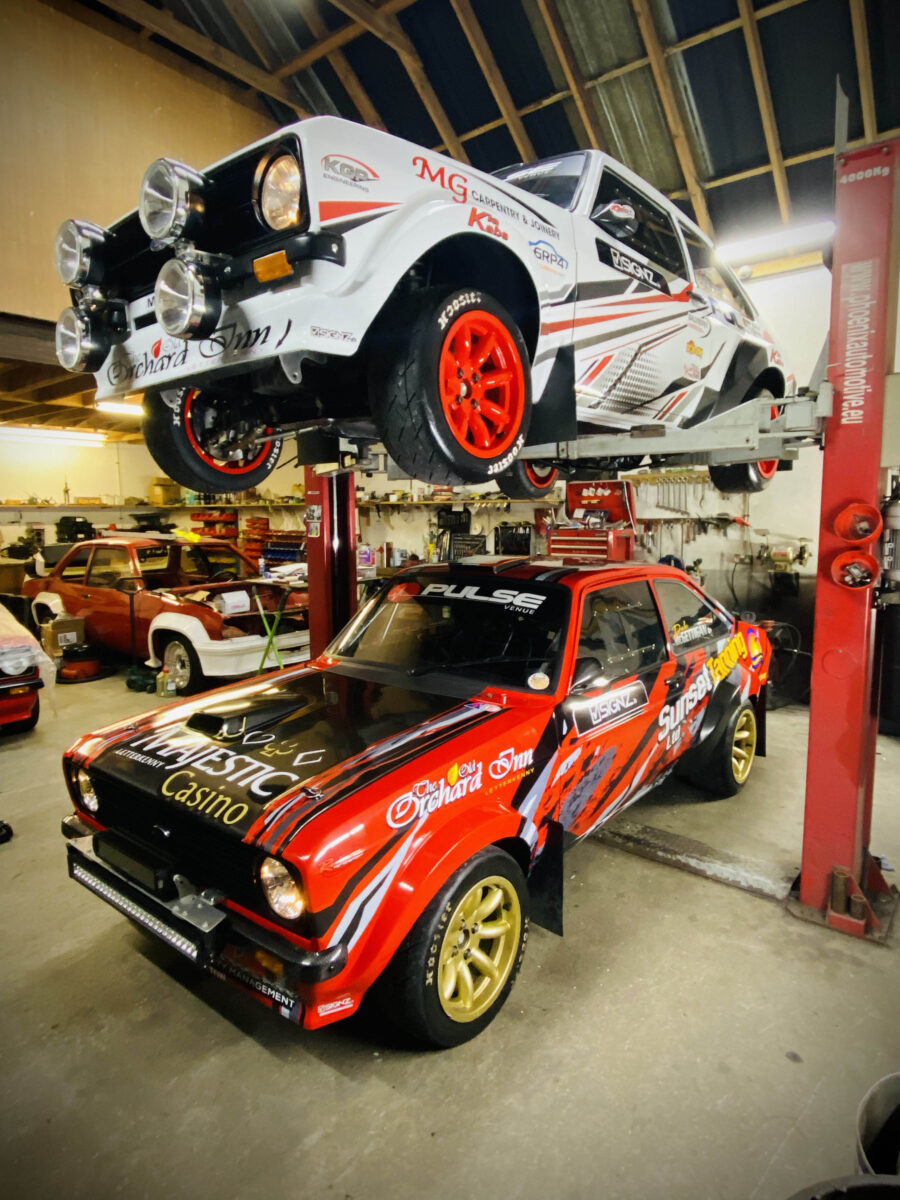 The two Mks 2 go through the final check before they depart for Europe earlier this week. Photo Brian McDaid.