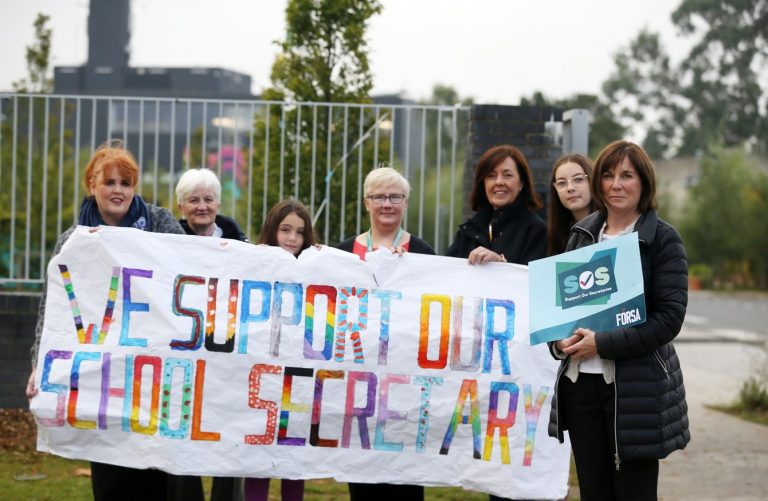 School secretaries and caretakers to strike this week

Caretakers and school secretaries are planning a one-day strike this Wednesday (15th September).

Members of the Forsa trade union are holding the industrial action over pay and conditions.

Caretakers and school secretaries plan to gather in Dublin for a national rally on the day of the strike. They will place pickets on the Dublin headquarters of the Department of Finance and Department of Public Expenditure and Reform (DPER). Forsa is accusing the departments of blocking implementation of a Government commitment to standardise pay and conditions of school secretaries.

The union says that most secretaries earn just €12,500 a year, with irregular short-term contracts that force them to sign on during the summer holidays and other school breaks. Many caretakers earn around €13,800 a year and are on similar irregular contracts.

The staff affected are employed by individual school boards of management, and are paid out of the ancillary grant provided to each school. As a result, Forsa say they earn far less than the minority of school secretaries and caretakers who work in ETB schools and are employed directly on Department of Education pay scales.

“It’s almost a year since Tánaiste Leo Varadkar spoke on the matter in Dáil Éireann, and gave a commitment to year end a four-decade system of pay inequality, which has been criticised by parties across the political spectrum,” said Forsa.

“Almost a year ago, the Government made an explicit commitment to resolve this issue. But the offer that followed falls far short of that and lacks all credibility. It’s totally disheartening for caretakers and school secretaries who have worked above and beyond during the Covid crisis,” said Mr Pike.