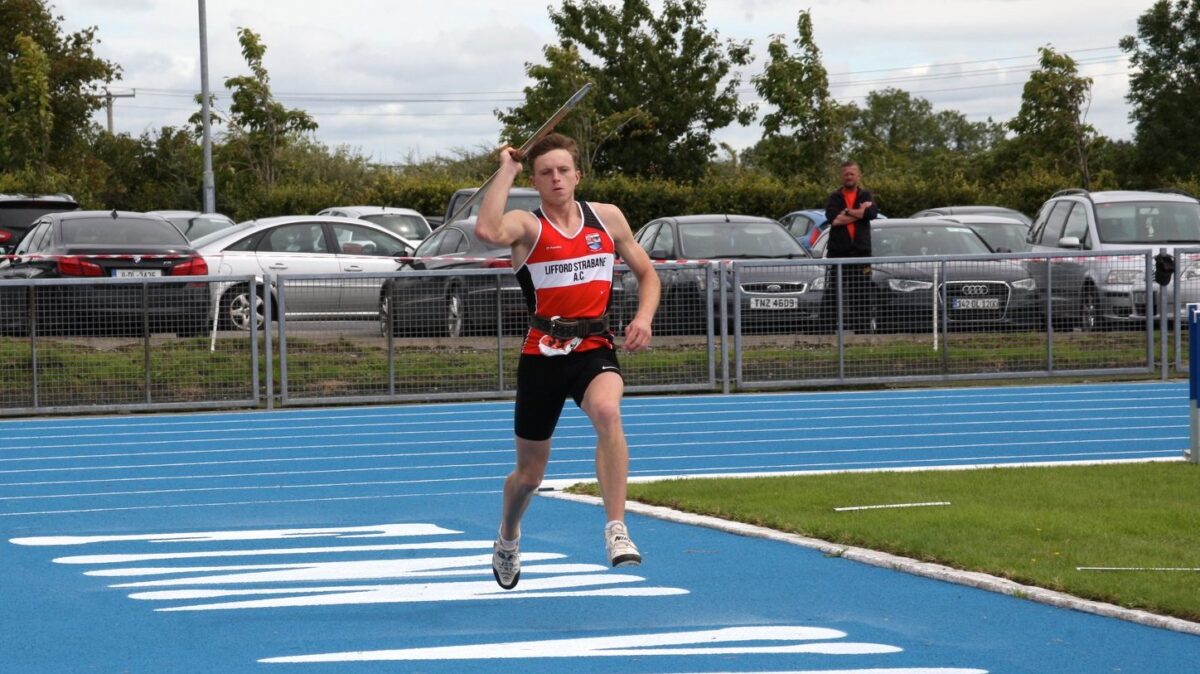 The Lifford-Strabane AC man has had a consistent summer and on Saturday he threw beyond 68 metres at the Mary Peters Track.

Crawford won silver in the men’s javelin after being narrowly pipped by England’s Joe Dunerdale, whose 68.95m throw was just enough for gold.

Crawford’s 68.88m goes beyond his previous best of 67.46m set at the Manchester International recently.

Finn Valley AC’s Janine Boyle was second in the women’s 100m, jointly claiming the silver in 12.19 seconds, behind Cliodhna Manning, who won in 11.95 seconds.

Sommer Lecky, the former World U20 silver medalist, was third in the women’s high jump, recording a 1.73m best, while Ross Henderson of Lifford-Strabane AC was the bronze medalist in the Mike Fulton Memorial Discus competition, throwing a best of 28.92m.

A number of junior events also took place on Saturday and Finn Valley AC’s Riona Doherty was an impressive winner in the Under-15 Girls 100m, winning in 12.97 seconds.

Caolan McFadden of Cranford AC was the bronze medalist in the 800m.

Throwers to the fore at Donegal Athletics...