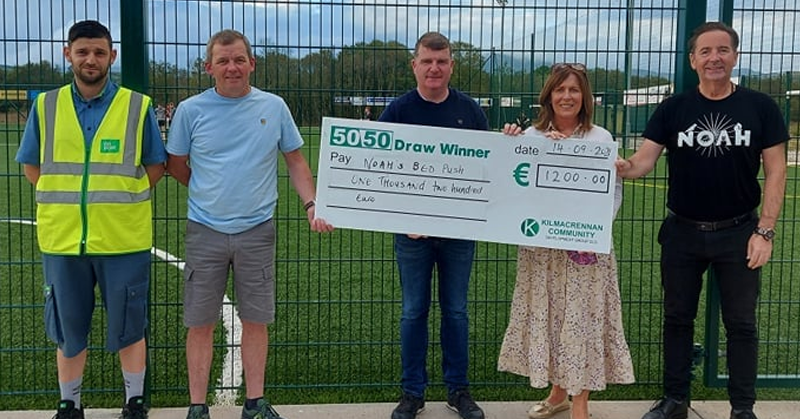 The postmen of Letterkenny have gained a stamp of approval after a kind donation to charity.

A syndicate of 28 staff from Letterkenny Post Office recently won the Kilmac 50/50 Draw. The postmen scooped €1,200 in winnings, but instead of keeping the money, they redirected the delivery to the Noah’s Bed Push charity fund.

The postmen have received high praise for their generous donation.

To further support the initiative, Kilmacrennan Community Development also presented a cheque for €300 to Mary Duffy and Shaun Doherty from Noah’s Bed Push. 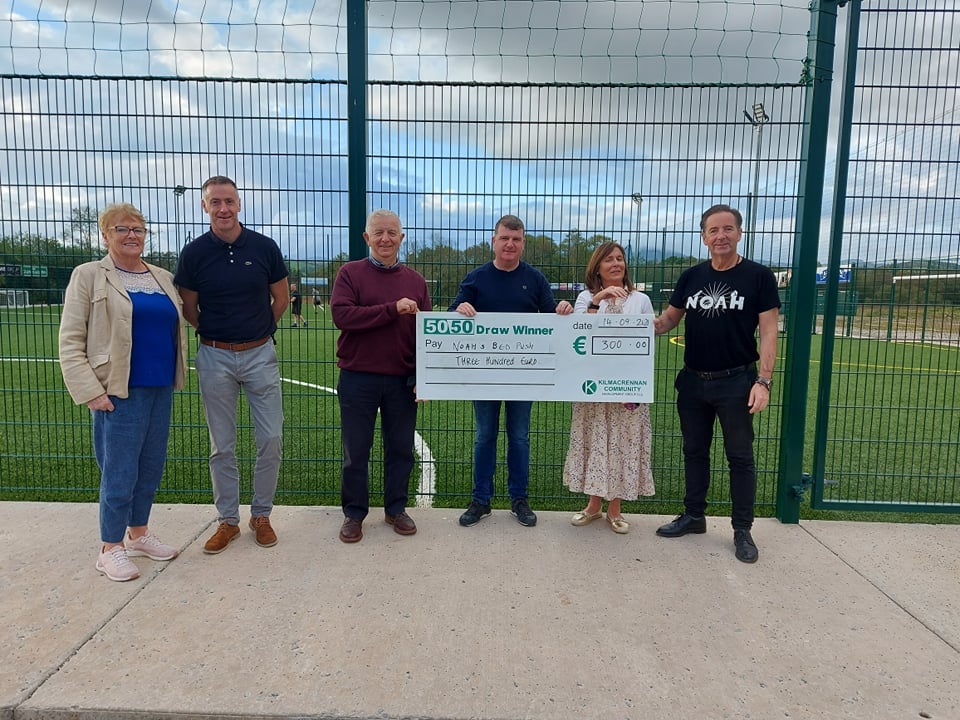 Noah’s Bed Push took place in August, and saw family and friends of special Trentagh boy Noah Gooch pushing a bed 250km from Dublin to Donegal. The challenge was inspired by Noah, aged six, who was diagnosed with leukaemia in January. The fundraiser is in aid of nine beneficiaries that help families with children diagnosed with life-threatening illnesses. 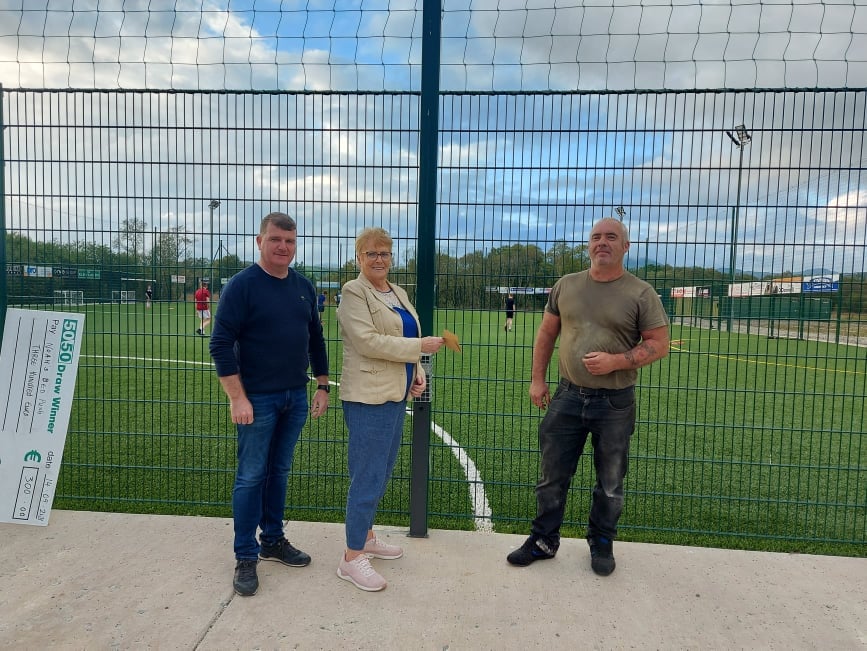 Patrick Harkin from Harkins Groundworks who sponsored our second prize to Kilmac’s lovely lady mayoress Susan Shields on behalf of her son Patrick (who won the prize). Patrick is living in Australia so couldn’t be present to collect his prize.