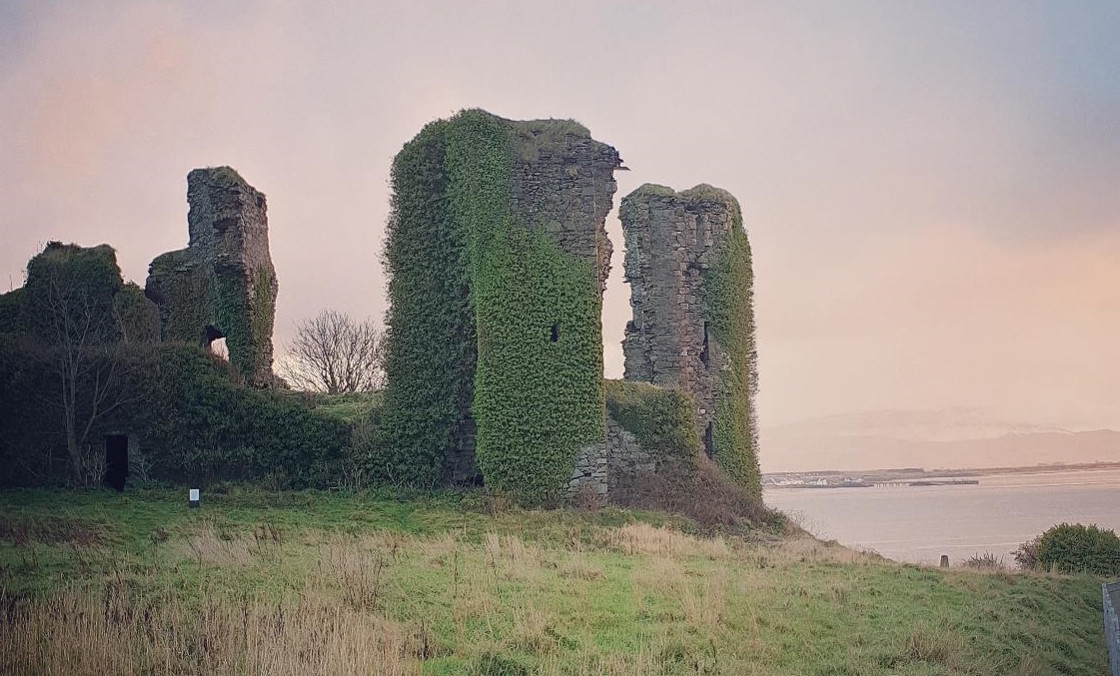 Work is progressing on a new conservation plan for the castle at Greencastle, with a scheduled delivery date of 8th October for an initial “Phase 1” plan.

With the enthusiastic support of the landowners of the site, the group made a successful bid for a Community Heritage Fund Grant in May, enabling them to commission a Conservation Plan for the castle.

“A Conservation Plan is a first step in securing the future of the castle,” says Green Party activist Michael White, who helped setup the group.

“When we got the green light from both the Heritage Council and the landowners, we were able to get the ball rolling. The goal is to first identify any parts of the castle that are immediately at risk, and then start thinking about how the castle can be protected and promoted in the longer term.”

The castle was built in 1305 by the Norman Earl of Ulster, Richard Óg de Burgo and was originally called Northburgh. He built the castle to try to challenge the local Gaelic clans’ control of the North West and prevent their Scottish allies using Lough Foyle.

The castle had a dramatic history, with an invasion by the Scottish prince Edward the Bruce in 1316 and a family feud in 1332 that included the starving to death of Richard’s cousin Walter by his grandson William Donn de Burgo.

The castle was eventually captured and occupied by the O’Dochartaigh clan before being badly damaged in 1555 in an attack by Calvach O Domhnall.

The Conservation Plan is being prepared by Moville-based Conservation Architect Duncan McLaren, coordinating with an archaeologist, a structural engineer and ecologist.

“Colm Murray of the Heritage Council also told us about a set of paintings of the castle made in 1806 by a British army officer working on the the Fort called Captain William Smyth” says Michael White.

“Those paintings were donated to Trinity College, and we have been given permission to reproduce them for this project. We are hoping to be able match some of the drone photography to those 200-year-old images, so people can visualise how the castle looked back then. Later we hope to go further back in time, using more detailed laser scans combined with information from other similar castles in Wales to create an image of how the castle looked when it was newly built.”

The Conservation Group is seeking to raise €4,000 to complete the funding for the Conservation Plan and have setup a GoFundMe page which you can find by visiting the castle’s website at www.northburghcastle.com or by going directly to https://gofund.me/3591e9ba.

“This last piece of funding will help us complete the plan in October and enable us to start the preparatory work on a longer-term project to secure the fabric of the castle” says Michael White.

The Conservation Group will be uploading the 3D digital model of the castle along with drone video footage to the website in the coming weeks. The website also has copies of the images of the 1806 paintings by Captain Smyth.