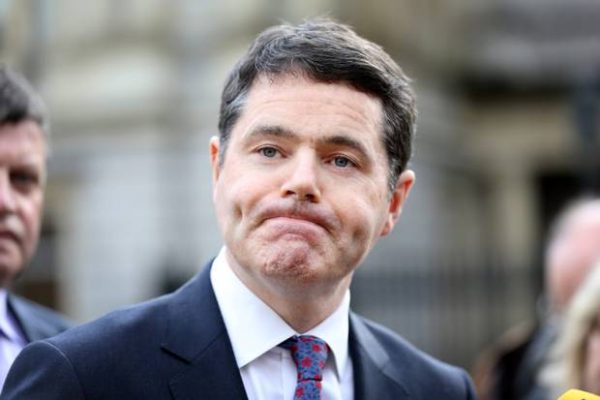 Finance Minister to ask banks to contribute to MICA scheme

Minister for Finance Paschal Donohoe is to raise the issue of Irish banks contributing in some way to the MICA redress scheme.

Minister Donohoe was speaking in the Dail saying he would approach the banks “in the coming weeks.”

Donegal Deputy Pearse Doherty had raised the issue asking the Minister about families whose homes are MICA damaged and who want to move house.

However, Mr Donohoe pointed out that retail banks make a commercial decision on who to lend to, and he cannot influence that.

“That being said, Deputy, I am of course aware of the huge importance of this issue in the many communities that have been affected by mica”, he said, adding he will raise the issue with the banks “in the coming weeks”.

Last week, the Tánaiste Leo Varadkar said the Government accepts there will have to be an enhanced redress scheme for those whose homes have been devastated by the mica problem.

Mr Donohoe said that he understands “the chronic stress and anxiety that it has caused”.

Deputy Doherty asked if the minister had had any contact with the banks about them contributing to a redress scheme.

The minister said he has “not to date had engagement with the banks regarding a contribution they may or may not make a scheme like this in the future”.

He said the Government needs to consider how a redress scheme will be paid for, and said he will be talking to Cabinet colleagues about the issue.