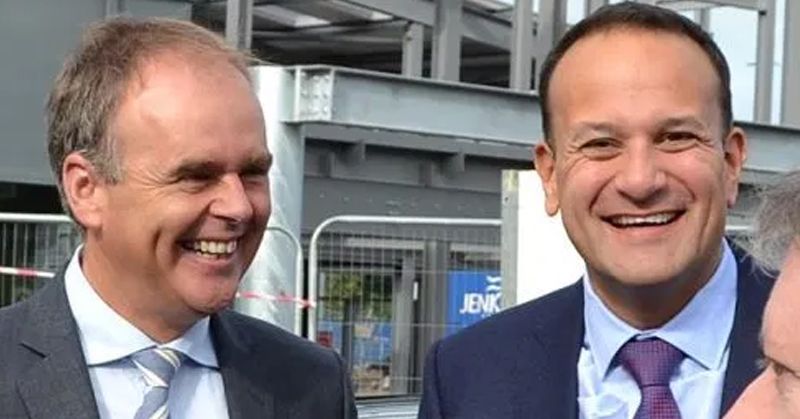 McHugh among FG Mica delegation who met with Tánaiste

According to a party spokesperson, the meeting was an opportunity to “reinforce the strong solidarity that emanated from the Fine Gael Parliamentary Party on Wednesday night in favour of a resolution to the Mica and Pyrite issue”.

The delegation called for urgency around a final decision in order to produce a scheme that is both affordable and accessible for so many homeowners who find themselves in an impossible situation which is not of their own making.

The Tánaiste said: “The existing scheme is clearly not adequate and there is a need for an enhanced scheme. This is overdue. I have been in homes affected by Mica, met families affected and felt the walls of those homes crumble in my hands. Government has a duty to step in when extra-ordinary situations like these arise. I look forward to the proposals being brought forward by my colleague the Minister for Housing in the very near future.”

The Tánaiste also emphasised that the matter of 100% compensation ‘remains on the table’.

The meeting also acknowledged the commitment of their government colleague, Housing Minister Darragh O’Brien, who is developing a solution. The delegation has also requested an urgent meeting with Minister O’Brien to ensure that the voice of the homeowners continues to be heard.

Donegal Deputy, Joe McHugh, used the opportunity to thank his Fine Gael colleagues for their strong support on Wednesday night for the many homeowners who are under so much stress at this time.

“Homeowners are dealing with this daily and nightly trauma in parallel with the real life challenges of sickness, bereavement, family pressures and other financial strains,” he said.

Fine Gael TD for Mayo, Alan Dillon, commented: “This situation is causing so much distress to affected homeowners and we now need to be putting in place workable solutions that give some comfort to people and the future of their homes. I will continue to work with homeowners to ensure full redress is achieved in a timely and convenient manner.”