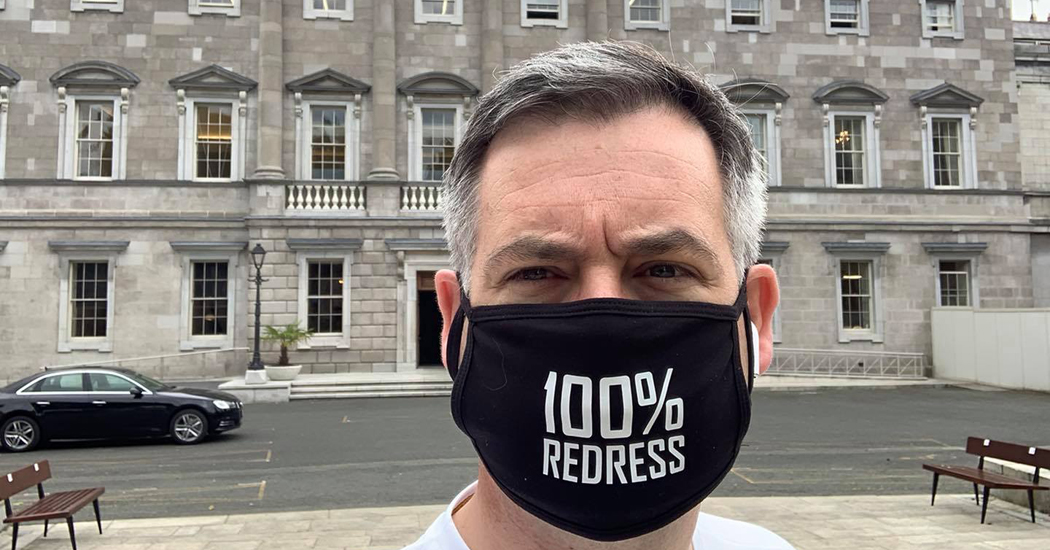 Donegal Sinn Fein TD Pearse Doherty has called on the Minister for Finance to extend the banking levy so that the banks contribute towards a 100% redress for homes affected by mica and pyrite.

The banking levy was introduced in 2014 to ensure banks made a contribution to a recovering economy after the bailout.

It is due to expire at the end of this year. The government is reportedly considering continuing the levy with a lower target.

Deputy Doherty is urging the government to keep the rate fixed to ensure that revenue from the levy does not fall below €150 million. The yield could also cover the outstanding costs of the bailout with €11 billion yet to be recovered from Bank of Ireland and Permanent TSB, he said.

Speaking today, Teachta Doherty said: “The banking levy was introduced in 2014 so that banks contributed towards economic recovery after the taxpayer bailed out the sector at a cost of €64 billion.

“Between AIB, Bank of Ireland and Permanent TSB the taxpayer invested a combined €29 billion, with more than €11 billion yet to be recovered.

“Despite this, the banking levy, which has generated €150 million annually, is due to end at the end of 2021. It must be extended.

“With the banking sector returning to profitability and billions worth of taxpayers’ money still to be recovered from the bailout, the Minister for Finance must ensure that the banking levy is extended with the rate fixed to ensure that revenue generated from the levy does not fall below €150 million.

“This will fund our economic recovery as well as commitments that must be delivered on by Government.

“Last week the Minister for Finance confirmed that he had made no contact with the banks regarding their contribution towards a 100 percent redress scheme for families and homeowners affected by the Mica and Pyrite scandal.

“This is disappointing and surprising.

“Sinn Féin have been consistent in our calls for banks, insurers and developers to contribute towards a redress scheme given their respective responsibilities in this scandal.

“Extending the banking levy will ensure that the banking sector contributes towards a 100 percent redress scheme that will restore the value of the underlying collateral.”