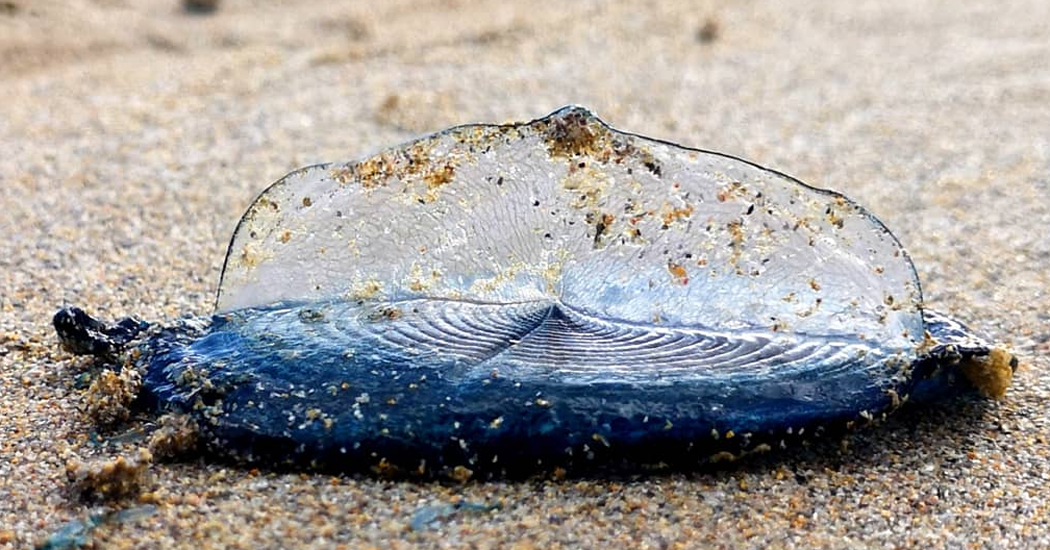 Beachgoers ‘blown away’ by strange species

Fascinating jelly-like creatures have washed up in parts of Donegal, and they’re stirring up a lot of interest among beachgoers.

They look like tiny jellyfish, but they are actually hydrozoans that live at the surface of the water. Their most interesting feature is their little sail. Standing up from their flat blue bodies is a translucent ‘sail’ that catches the wind and propels them across the ocean. 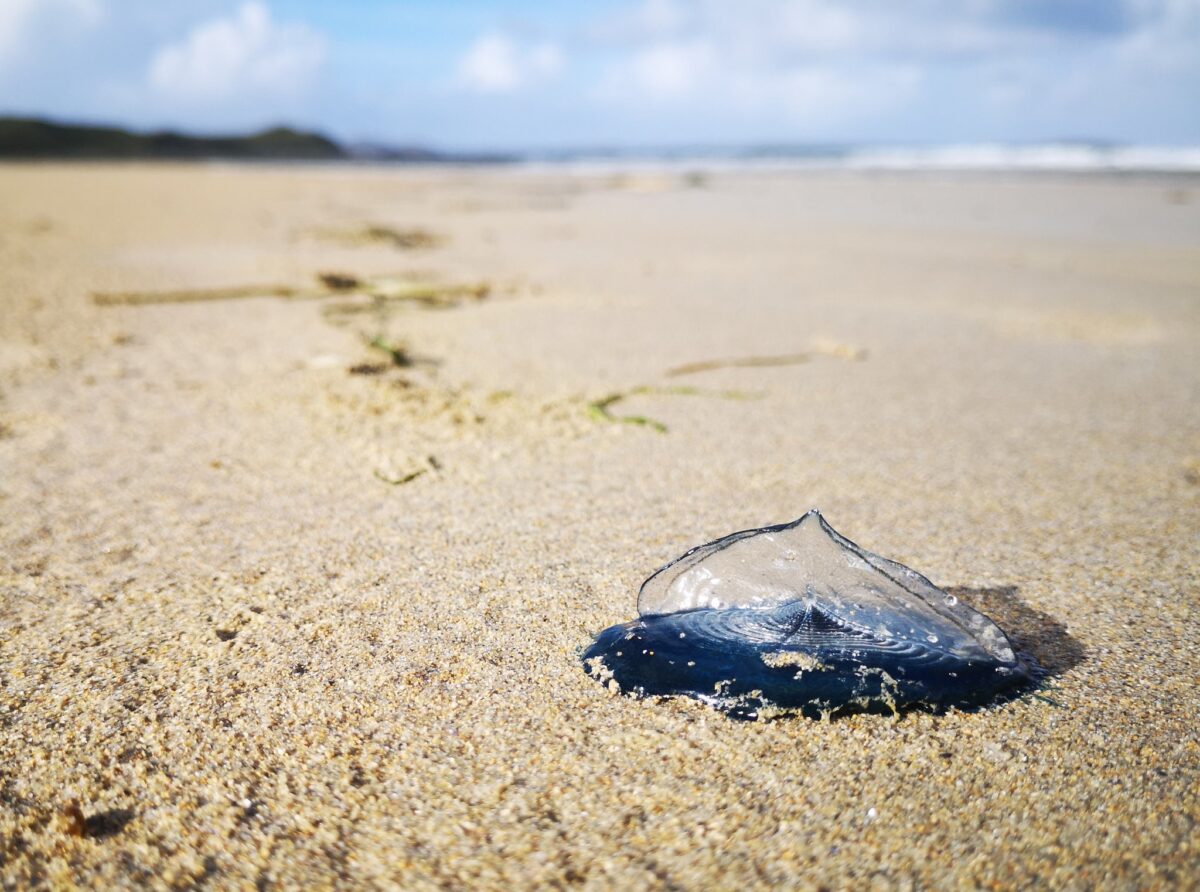 By-the-wind sailors can arrive in Ireland at any time of the year, and sometimes arrive in huge quantities. Certain conditions bring them ashore, and two sightings have already been reported in Donegal this week.

It’s not often we see by-the-wind sailors (Velella velella) washed up on Fanad beaches, but there’s a few today. It’s a fascinating creature, born with its ‘sail’ pointing one of two directions, nature’s clever trick to aid distribution. They are the most beautiful blue colour. pic.twitter.com/YgeSIXeTjx