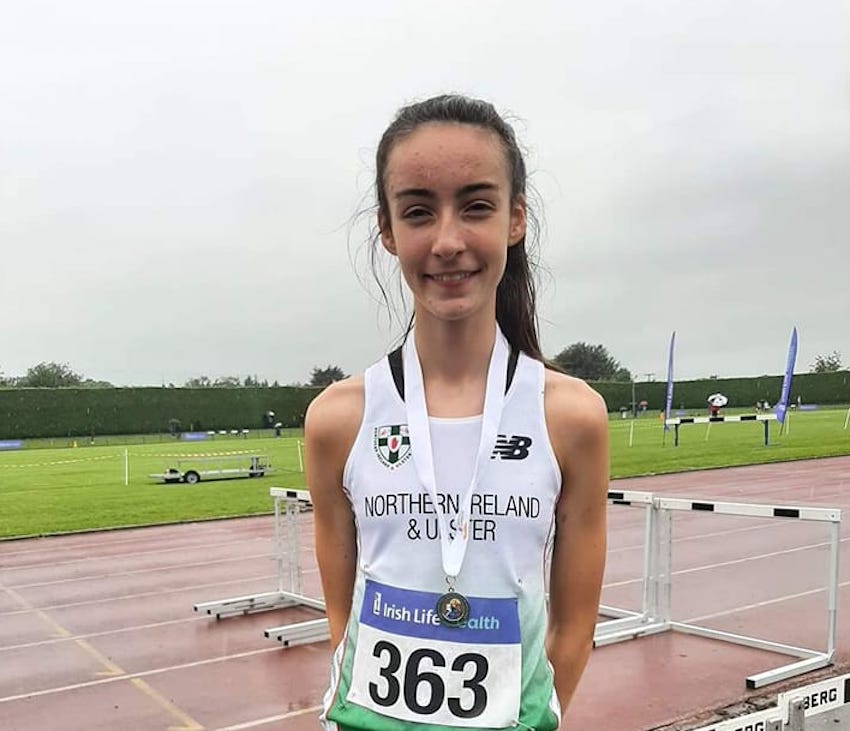 Omagh student McCarroll is among 36 athletes from Northern Ireland to be selected for the Mini Marathon.

McCarroll is a recent recruit to Finn Valley AC and is part of the under-17 girls selection.

She was the U17 1500m silver medalist at last month’s Irish Juvenile Championships and at the recent, British and Irish Mountain Running Championships in County Down, the Loreto, Omagh scholar was eighth in the under-17 race.