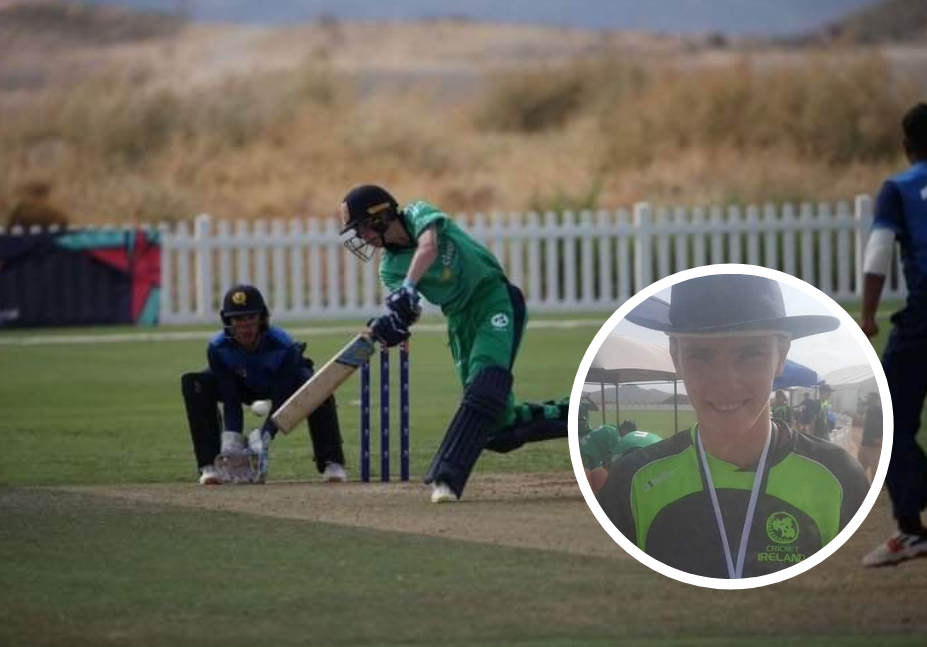 SCOTT Macbeth will be a part of the Ireland Under-19 squad for the 2022 Under-19 Cricket World Cup.

St Johnston Cricket Club rise star Macbeth played an important role in the regional qualifiers in Spain, where the Irish booked a place at the tournament to be held in the West Indies in January.

Macbeth is the only player from the North West on the Irish squad.

He played a key role in the St Johnston senior squad that had a successful season in 2021, winning the Championship and the Sperrin Springs Cup.

Ireland lost their opening game against Netherlands by 33 runs. Netherlands set a target of 180 but Ireland collapsed and were put all out for 146.

However, an unbeaten century by Jack Dickson got Ireland up and running with a win over Jersey.

Macbeth’s 31 runs – including four boundaries – were instrumental as Ireland overcame Scotland on their next outing.

Ireland leapfrogged Scotland with that win and had to face the Scots again in the final.

Qualification arrived in the form of a 78-run win over Scotland, with Macbeth weighing in with 27 runs.

Across the four the qualifier games, Macbeth scored 80 runs, the third highest behind Dickson (146) and Nathan McGuire (90).