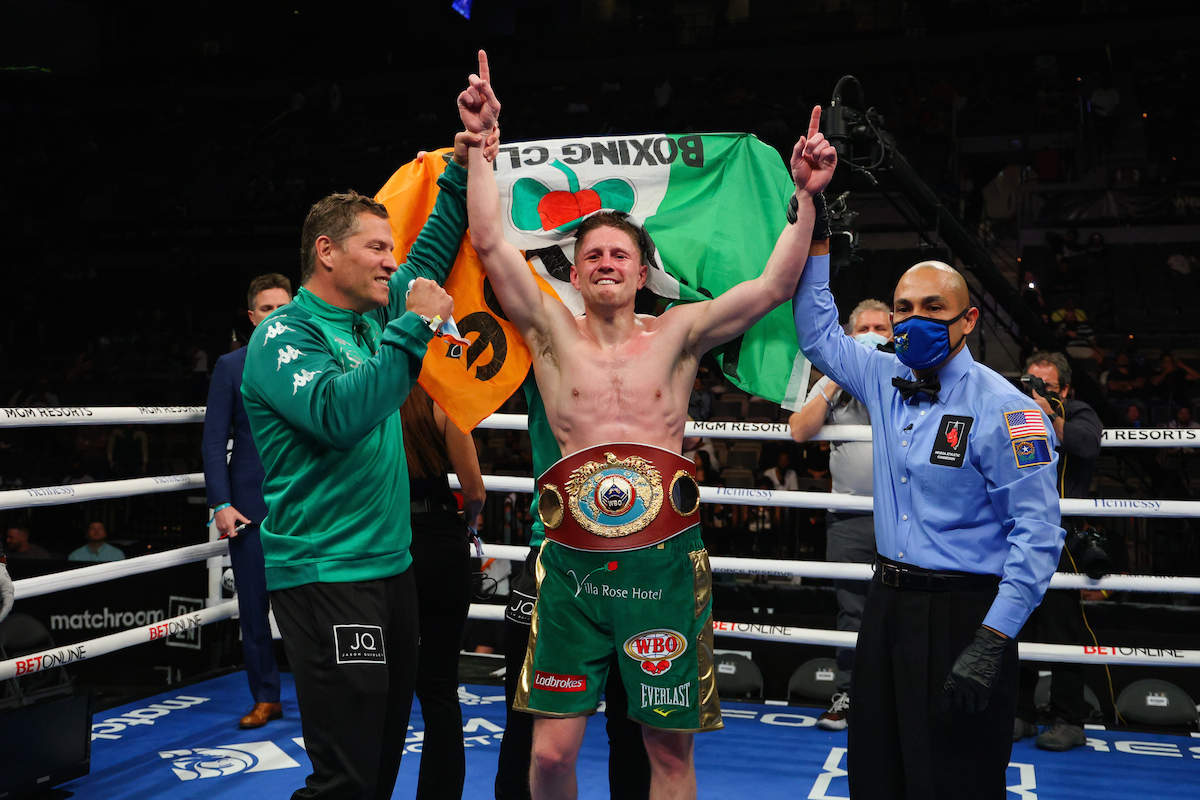 Quigley gets a shot at world title against Andrade

Jason Quigley is set to fight for the WBA world title when he faces Demetrius Andrade in New England on November 19.

It is understood the promoters Matchroom were due to officially announce the fight tomorrow.

However, Irish-boxing.com has reported that ESPN’s Mike Coppinger has confirmed the fight this evening.

It means the Ballybofey middleweight boxer will now challenge for the same title his coach Andy Lee won by defeating Matvey Korobov in December of 2014.

It’s a massive opportunity for the popular fighter and a massive turnaround from where he was at after a 2019 Tureano Johnson defeat.

It is understood the world title fight will be broadcast on DAZN and promoted by Matchroom.

Quigley gets a shot at world title against Andrade was last modified: October 3rd, 2021 by Staff Writer
Facebook0Tweet0LinkedIn0Print0