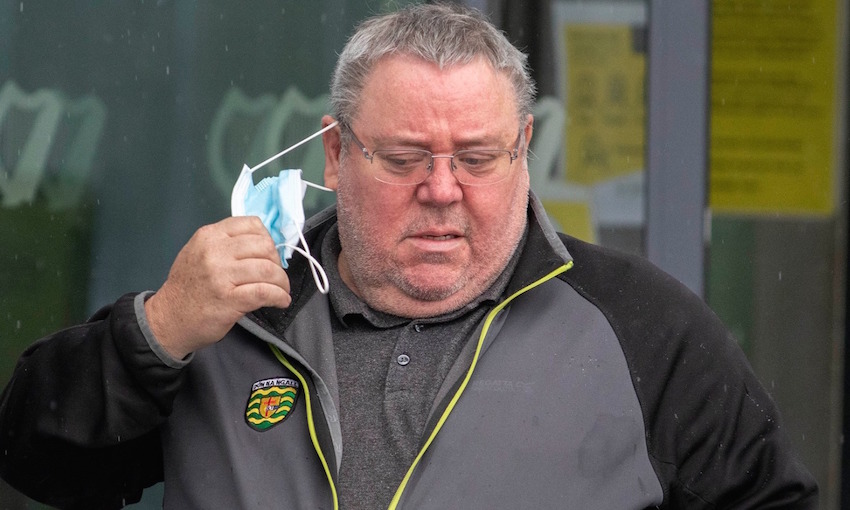 Storm in a teacup as businessman is fined after breakfast row

A businessman who threw a cup of tea over a man during a heated breakfast row in a Co Donegal cafe has been fined.

The 61-year-old cafe owner pleaded not guilty to the charge following the argument which happened at Applegreen at the Cill an Oir complex at Killylastin in Letterkenny on October 23rd, 2019 at 9.30am.

The court was showed CCTV footage which showed Chambers sitting in a cafe having breakfast with another man.

It then shows Mr Murray walking by and then talking to Chambers before the accused begins pointing his finger at the alleged victim.

Chambers suddenly picks up a cup of tea and throws it at Mr Murray who throws a bottle of juice back at Chambers who ducks out of the way.

Giving evidence, Mr Murray claimed that he was on a break from work at his job at nearby Highland Bakery when he called into a shop in the complex.

He spotted Chambers, of the Glebe, Letterkenny, whom he claimed in evidence had been harassing his girlfriend.

He told Chambers that he had a daughter who was the same age as his girlfriend and how would he like it if she was going home crying at night and having abuse shouted at him.

The victim admitted calling Chambers a “fat c***’ and a “fat Derry Bastard’ and a a ‘paedo.’

“I let him have it in words because my girlfriend hasn’t got the guts to stand up to him.

“If the tea was any hotter it could have ruined my life,” said Murray.

Solicitor for the accused Mr James Canny said he asked for the full CCTV to be shown because the tea was sitting on the table for 13 minutes saying “it was hardly scalding.”

Garda Patrick McDermott said he was called to the scene and noticed redness on the left side of Mr Murray’s neck and face and took pictures of it.

There was no medical report but Murray did claim that Chambers did throw tea at him.

Garda McDermott said he contacted Chambers but he declined to make a complaint and told Gardai not to contact him again.

Giving evidence Chambers said he was interviewing a man for a job in a takeaway he was opening when he was approached by Murray.

He said he was approached by Murray who gave him a “barrel of abuse” but he told him to go away and that he didn’t want hassle.

He admitted he finally threw a cup of tea towards Murray but said most of it landed on the man he was interviewing for the job and that Murray threw a bottle at him.

“I duked out of the way and the whole thing deescalated. He looked like someone who was possessed and just didn’t look right,” claimed Chambers.

When cross-examined by Garda Inspector Paul McHugh Chambers asked why he didn’t tell staff what was happening?

Passing sentence Judge Finnegan said that while he accepted that Mr Murray did not “cover himself in glory” the reaction (of Chambers) was the wrong one.

Storm in a teacup as businessman is fined after breakfast row was last modified: October 8th, 2021 by Stephen Maguire
Facebook0Tweet0LinkedIn0Print0