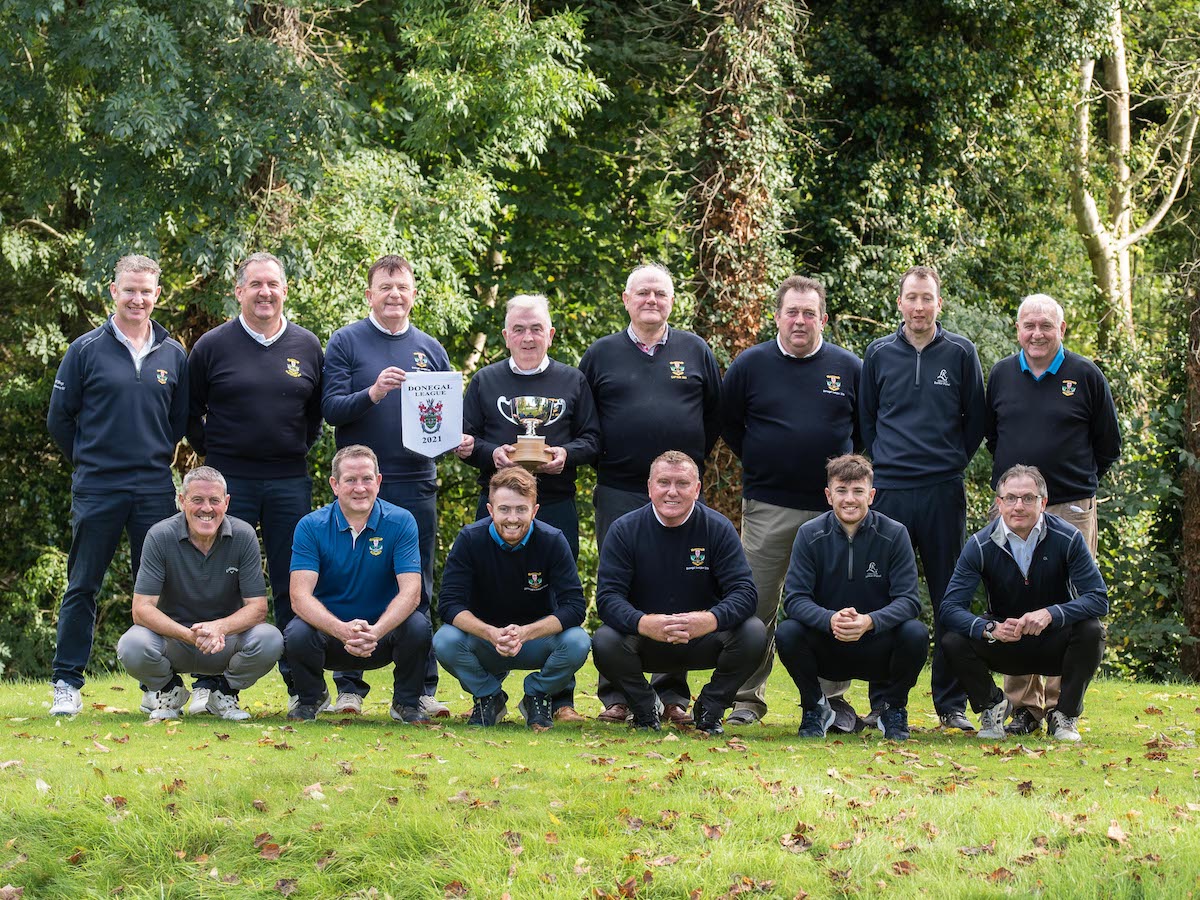 Letterkenny Golf Club were crowned Donegal Golf Champions 2021 yesterday as they celebrated their 3rd win in 5 years, winning by 4 ½ to ½ matches in Barnhill.

The new trophy, in honour of Paddy Carr who helped set up the Donegal League, was awarded to Letterkenny G.C. captain Niall O’Donnell by Tony Carr, son of Paddy.

Letterkenny G.C. lost the first leg 3 matches to 2 against Ballybofey and Stranorlar. Jamie Foley (Letterkenny) and Michael Curran (B&S) exchanged birdies throughout the round.

Ryan Griffin made two successive birdies on the 15th and 16th holes to swing the match in the favour of Ballybofey and Stranorlar. However, on the 18th hole Cian Harkin secured a birdie to half the overall match.

Letterkenny won the 2nd match as Kieran Sweeney and Darragh McMenamin won by 5 and 4.

Liam Sweeney and Henry McCahey were 2 down after 5 holes in the 3rd match but came back to win on the 16th hole.

Charlie Coughlan and Michael Nelis took the 4th match also on the 16th hole to win by 4 and 2.

In the final match Freddie Wilson and Chris Nee won by 3 and 2.