The new Bruckless Community playground has been officially opened.

The new space offers opportunities for interactive play for children of varying ages and abilities.

The project received funding as part of Donegal County Council’s €5.5m Local Authority Action Plan, which has been financed under the European Union’s PEACE IV Programme. The PEACE IV Programme is managed by The Special EU Programmes Body.

On Thursday, local residents, schoolchildren and community representatives celebrated the opening of the new community playground for the people of Bruckless and the wider area. 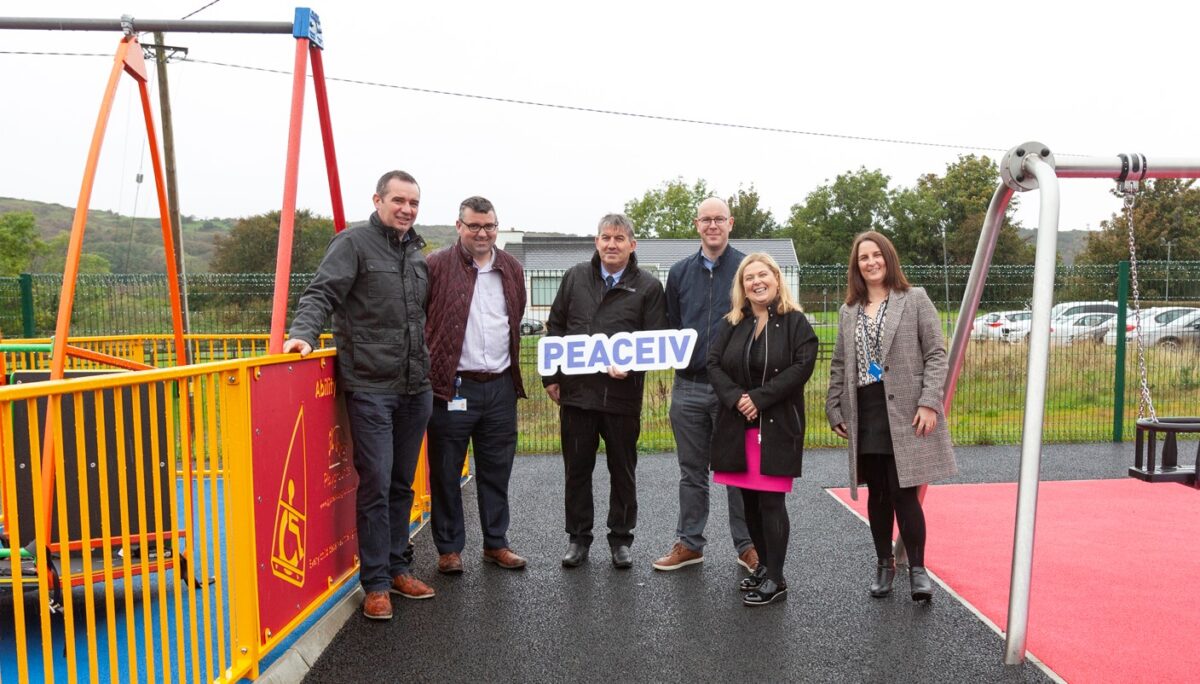 The project was also part funded by the fund raising efforts of the Bruckless Community Group and the Development Fund Initiative 2020, a funding source provided by Donegal County to support initiatives in various forms of development including, economic, social, cultural, heritage and various related initiatives which benefit local communities, area and groups throughout the county.

With members of the local community, including the local school children in attendance alongside key stakeholders including representatives of Donegal County Council and the Peace IV Partnership, it made for an inspiring event. The project has re-imagined an undeveloped space and created a shared space to support peace and reconciliation through outdoor play.

A special thank you to Donegal County Council’s Community Development team and the SEUPB for their ongoing support to deliver PEACE IV projects successfully across the county and to the contractor for the new Bruckless Community Playground, Hawthorn Heights Ltd.