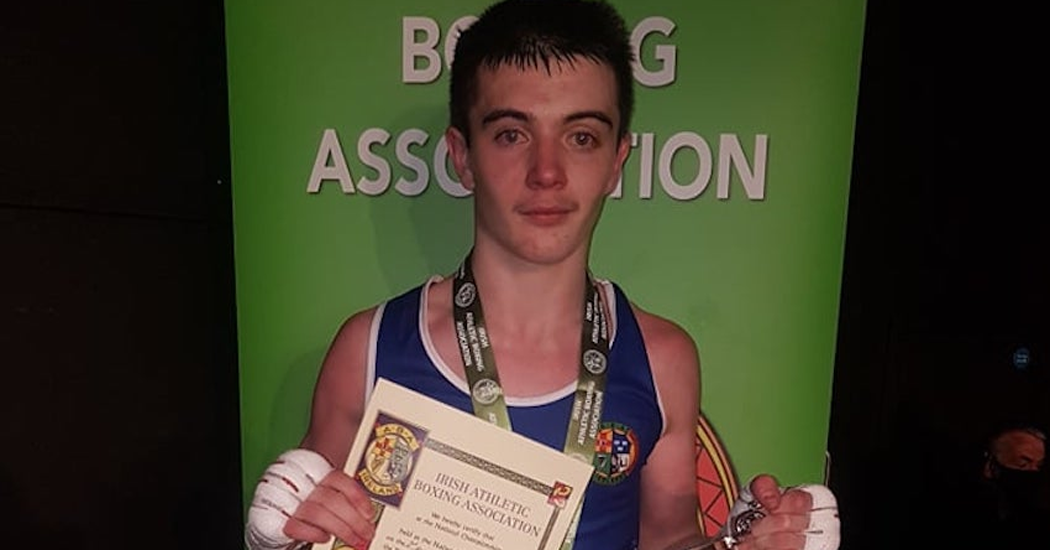 Letterkenny boxer Paddy McShane is set to be honoured with a reception from the Letterkenny-Milford MD for his recent achievements.

The 18-year-old Letterkenny Boxing Club member won the Irish Elite flyweight title on 2nd October. It was the club’s first Elite crown in 39 years, since Eamonn Coyle’s winning of the super-heavyweight crown in 1982.

A motion was raised with the Letterkenny-Milford MD today by Cllr Donal ‘Mandy’ Kelly, who hailed McShane’s inspirational achievement.

McShane comes from a long line of great boxers who have been highly involved in Letterkenny ABC through the years.

Cllr Kelly said an official event would give McShane’s coach and father, Rory, and his proud mother Mandy from St. Johnston, the recognition they deserve.

Cllr Kelly said young Paddy has the “determination, the hunger and the skill” to follow in the footsteps of big names that have gone down successful routes in the sport.

“Although Paddy is only 18, I have no doubt that with time and youth on his side he will get there,” Cllr Kelly said.

The motion was successfully passed, and Mr McShane’s name will now be added to the Civic Reception list for the Municipal District.

As restrictions ease, the council is set to hold further discussions with the Mayor and Elected Members to agree the best approach to hosting the Civic Receptions in a timely manner.