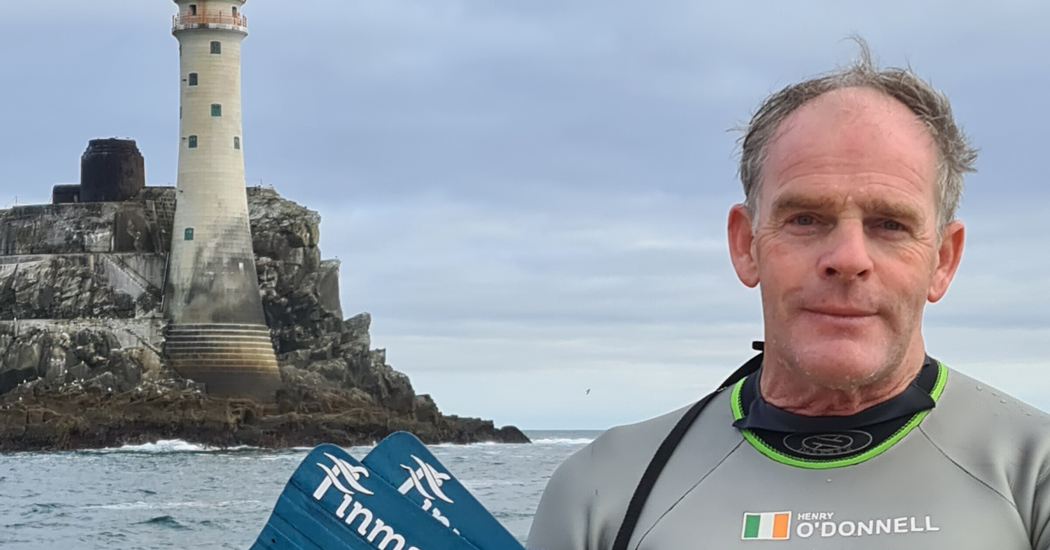 Carrickfinn’s Anrí Ó Domhnaill achieved the landmark of finswimming (swimming with the use of fins) to Mizen Head, Co. Cork yesterday. 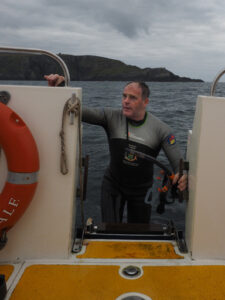 Anrí said: “Reaching the Fastnet Rock yesterday along with the efforts of my volunteer crew inspired me to go for it. We all had to dig deep and face the challenges of the beautiful but formidable wild Atlantic.

“A pod of dolphins, smack of jellyfish and seven fin whales greeted us. It was special to see the smiling faces of my crew as we rounded Mizen Head.

“Before boarding the expedition vessel, I stopped and looked back. From the crest of the big Atlantic swell I could still see the Fastnet Rock under a clearing sky. This rare and beautiful image will be with me forever”. 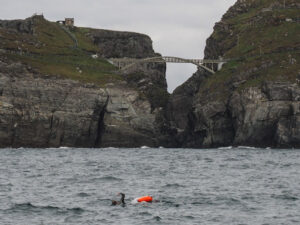 Anrí will continue his swim today, but due to poor conditions forecasted for next week, the swim will be put on hold while the team continue to plan.