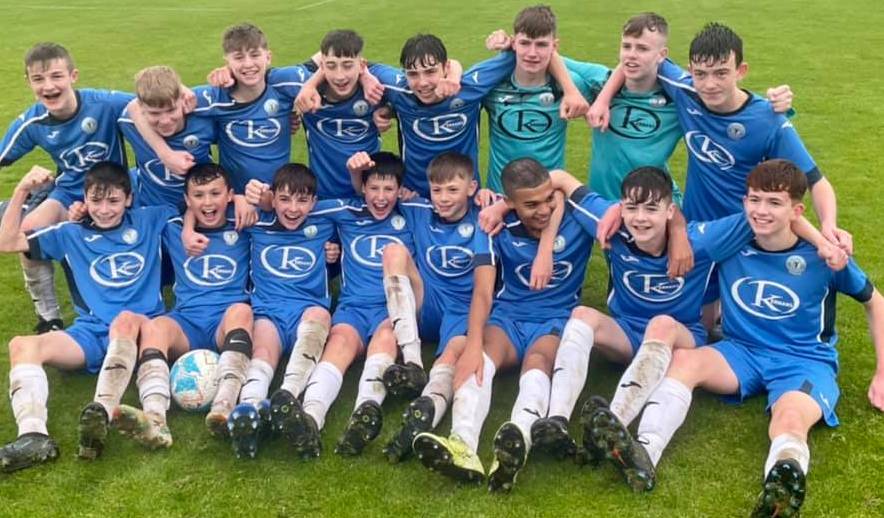 Finn Harps U15s and U14s have both reached their respective finals of the National League of Ireland Cup after semi-final wins this weekend.

The U15 side defeated Shelbourne 3-1 at Finn Park today after coming from a goal behind.

Shelbourne took the lead with a deflected shot and it remained 1-0 at half-time but Sean Patton equalised with a great strike after a through ball was played over the Shelbourne defence 10 minutes in to the second half.

Harps took the lead as Tiarnan McGinty rifled home on 71 minutes with a thunderous strike from outside the box.

Harps sealed their place in the final with minutes to go when Patton found himself in the right place as a defensive mix-up gifted him the chance to score into an empty net.

They will play either Derry City or Cork City in the final.

The U14s moved into the final after defeating Cork City 3-2 after extra-time in Mayo yesterday.

Captain Daniel Cunningham gave Harps the lead in the opening stages when he headed home from a Seaghan McCormick free kick.
Cork equalised before half time with a strike from the edge of the box.
McCormick restored Harps lead when he latched onto Ruairi Connaghan’s chipped through ball before firing into the corner of the net.
Cork replied almost instantly with a goal following a neat flowing move.
With the game finishing 2-2, extra time was required and it was Seaghan McCormick who provided the winner. Fintan Hasson played McCormick in on the left and the winger calmly found the net under pressure.
The young Harps will play Wexford FC in the final.
Two Finn Harps underage teams reach national finals was last modified: October 18th, 2021 by Dáire Bonnar
Facebook0Tweet0LinkedIn0Print0