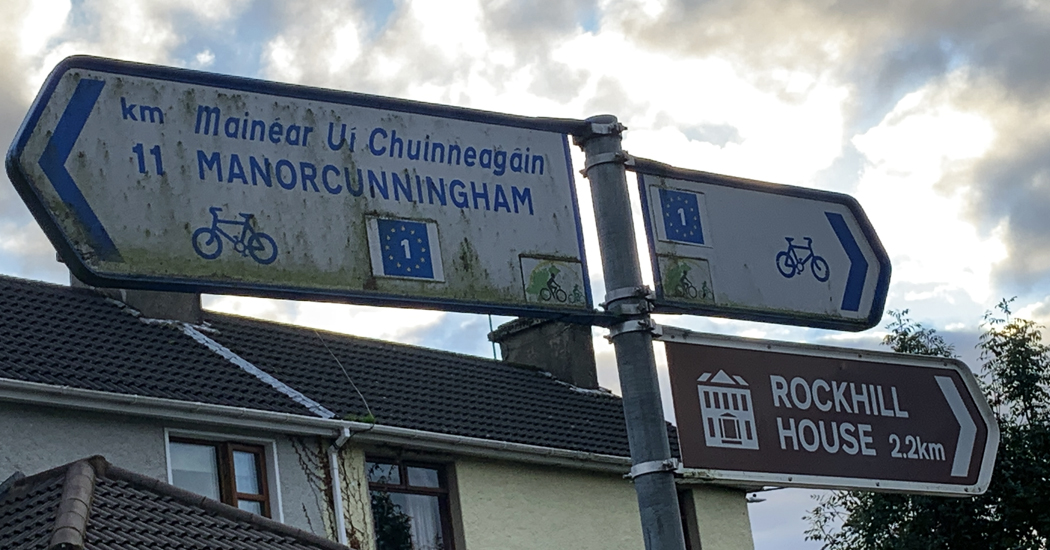 A Letterkenny Councillor is calling for a clean-up project to refresh signage in the town.

Cllr Donal Coyle said that some road signs in Letterkenny have become so dirty that they are difficult to read.

“Especially down at Old Town, signage is covered in a green algae, it’s most unsightly,” Cllr Coyle told the Letterkenny-Milford MD on Tuesday.

“When you think of the work done by Tidy Towns, it’s a pity to see the signs so dirty,” he said.

Cllr Coyle pointed out that many other signs in the MD are hidden because of overgrown bushes. He said the issue is a particular problem with speed limit signs.

Donegal County Council responded to the motion to say the cleaning of signs on National Roads are carried out through a contract managed by the TII. On all other roads the cleaning of signs are part of the routine maintenance works. The council is set to programme to carry out these works as soon as staff are available.