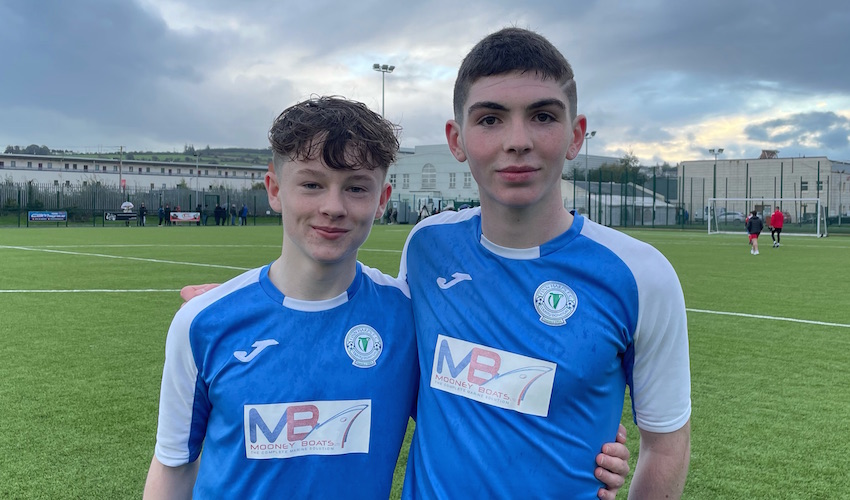 There were three wins for the Finn Harps Underage National League sides, including wins for the U14s and U15s which saw both qualify for the league semi-finals.

The U14s beat a spirited Klub Kildare, 3-2, in Ballyare on Saturday, needing extra-time to secure the result.

Klub Kildare opened the scoring at the end of the first half, however a sharp two goal response from Finn Harps early in the second half saw them take the lead. Firstly, Fintan Hasson found the net from a well executed free kick, then minutes later Colm O Dochartaigh was on the end of a fantastic team move from Harps to score the second.

Klub Kildare fought back and levelled matters midway through the half when a cross from the left was flicked past goalkeeper Padraig McBride.

Harps were unlucky not to claim the win in the final minutes of normal time when Turlough Carr’s strike from outside the box rebounded off the crossbar.

It was a goal five minutes into extra-time that proved to be the winner when Colm O Dochartaigh headed home from inside the 6 yard box. 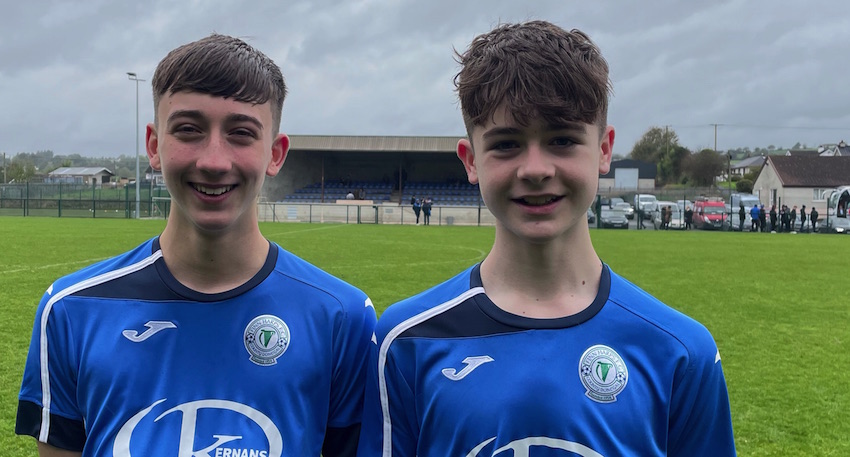 Finn Harps U15s booked their place in the semi-finals with a comfortable 3-0 win against Treaty United at Letterkenny Community Centre on Sunday, and it Sean Patton who had a starring role scoring a hat-trick.

Patton’s first came midway into the first half when he pounced on a fumble from the Treaty keeper to fire the rebound into the net.

It wasn’t until the 70th minute till Harps and Patton had their second. This time an in-swinging cross from the right was turned in by Patton.

He completed the hat trick just minutes later when he received the ball on the edge of the area before unleashing a low driven strike into the bottom left corner.

Finn Harps U19s picked up another three points in the league on Sunday when they defeated Bray Wanderers 3-0. It was goals from Inishowen trio Nathan Logue, Luke Rudden and Jamie McDaid that clinched the win.

Meanwhile on Saturday Finn Harps U17s played out an incredible league game against UCD, coming out the wrong side of a 10 goal thriller. The game finishing 6-4 to UCD, with Luca Barrett, Oisin McKelvey, Jamie Harris and Ben O’Donnell scoring for Finn Harps.