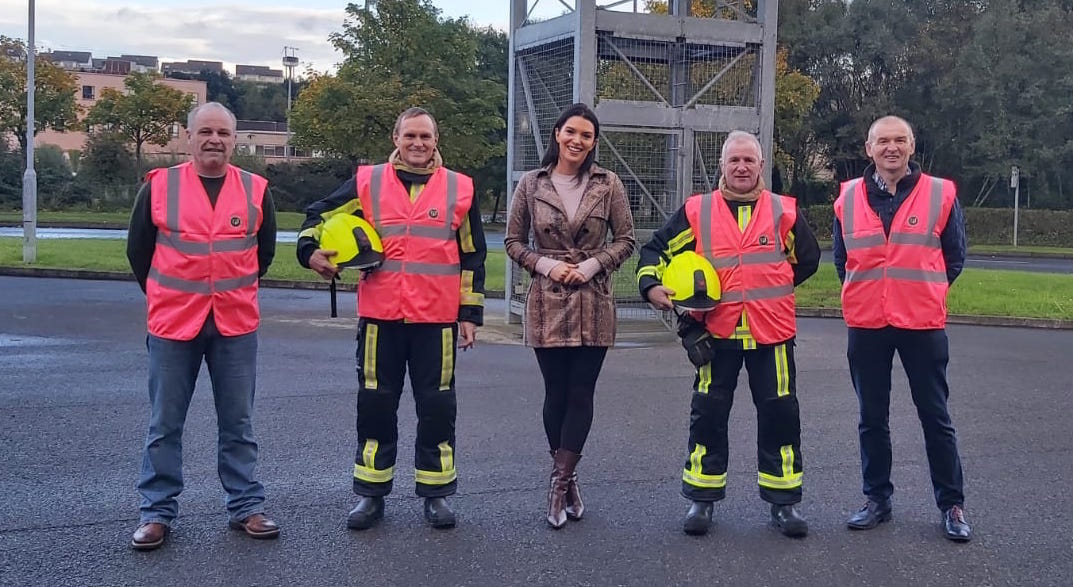 To Everest and beyond via Tipperary for Inishowen firemen!

Several kind-hearted Inishowen firefighters will travel a long way to Tipperary this weekend AND climb Everest to raise funds for a kids’ cancer charity.

Representatives from all local fire crews – Buncrana, Carndonagh and Moville – are set to take part in the ‘Everest Challenge’ at Nenagh Fire Station on Saturday in aid of Aoibheann’s Pink Tie charity.

The firemen will take part in a mammoth relay with other crew members from across the country, climbing a 44-foot high training tower approximately 740 times, which is the height of the World’s highest peak.

The Inishowen men are up [and down!] during the afternoon section of the fundraiser, as Carn-based firefighter Brian Breslin explains.

“You have to go up the tower on the outside and down the inside and then back up again. It’s a continuous relay all day long.”

“We’re up in the afternoon as we have to travel the furthest. Each man has to do it three times each, up and down, which will be tight going for someone of my age,” smiles Brian, who has been a fireman at Carn station for more than thirty years.

Brian is scheduled to retire next April but he’s keen to do his bit for Aoibheann’s Pink Tie first. The charity helps children seriously ill with cancer, mainly by covering accommodation costs for their families in Dublin.

And with a bucket collection at all Inishowen fire stations this Saturday, October 30, the local public is urged to dig deep in aid of a great cause.

“The thing about this charity is that there’s no big CEO at the head of it, creaming off €100,000. Everything you donate goes straight to the families and the children who need it most,” Brian says.

“Anybody that can spare a little, it would be much appreciated. Hopefully it will never come to anyone’s door but if it does, it would be nice to have that bit of support there,” he adds.

To Everest and beyond via Tipperary for Inishowen firemen! was last modified: October 26th, 2021 by Staff Writer
Facebook0Tweet0LinkedIn0Print0