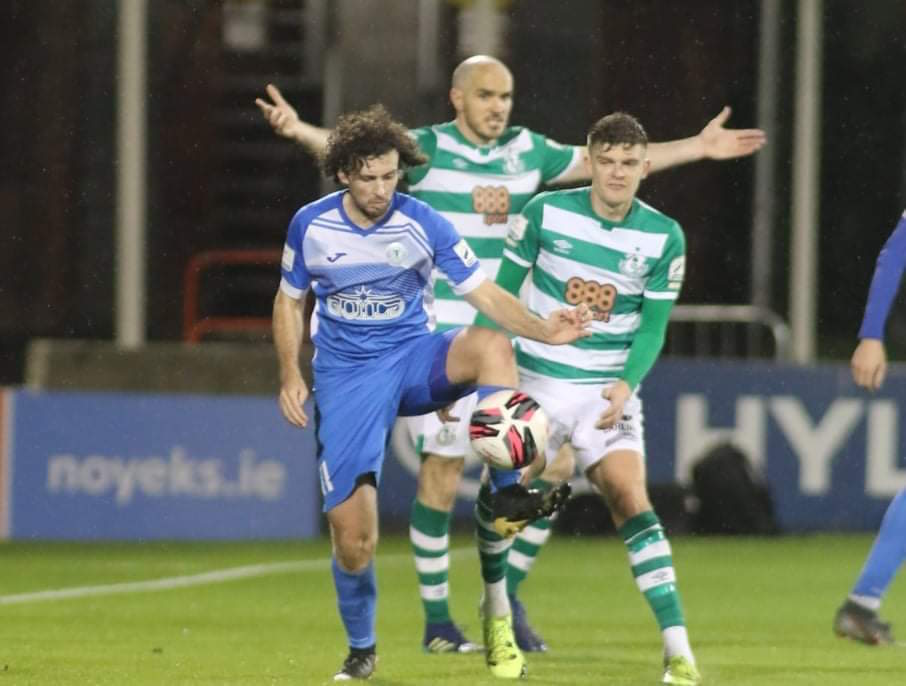 Harps 2-0 down at half-time against Shamrock Rovers

Finn Harps are up against it in Tallaght Stadium where Ollie Horgan’s side are 2-0 down against champions-elect Shamrock Rovers.

Daniel Mandroiu scored twice in the 3rd and 24th minutes as Rovers threatened to run riot in the opening half.

Mark McGinley has been one of the busiest players on the pitch in the Harps goal pulling off a succession of saves.

Harps may have one eye on their league game against Drogheda next Monday.

But Rovers already have one hand on the Premier League trophy here.

Harps 2-0 down at half-time against Shamrock Rovers was last modified: October 29th, 2021 by Staff Writer
Facebook0Tweet0LinkedIn0Print0