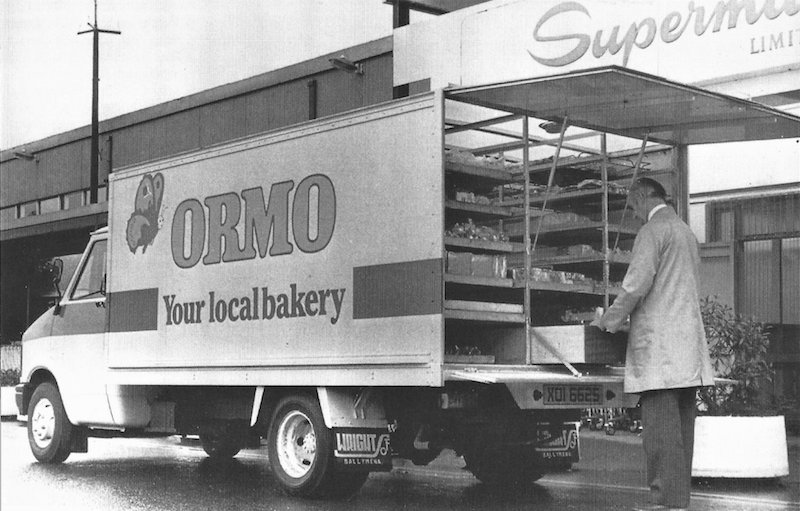 “One thing my lord, is the bread Ormo?” It was that Ulster accent we enjoyed on a TV add, a lighter moment when a man was handed down his sentence and the judge ask if he had anything to say – that was his reply.

It was always a big thing years ago the search to find the ring in the barmbrack around Halloween.

This is the story of a bigger find than a ring from many years ago.

In the very early 80s when I had a bread run selling Ormo bread, I had a few shops in and around Letterkenny and also had a door to door run to houses around the town and out the country.

The bread run started early every morning loading at Stevenson Bakery on Williams Street which was part of the Ormo Bakery Group.

Gravy rings as they were called in Derry, (donuts to us), beautiful Jumbo Rolls and the old plain unsliced batch loaf were just some of your daily bread baked in a bakery in Derry while the rest were transported down from Belfast by road and then loaded up to the waiting bread men.

One Saturday morning around this time of year I made my early morning trip from Letterkenny to Derry to collect the bread for that day’s run. 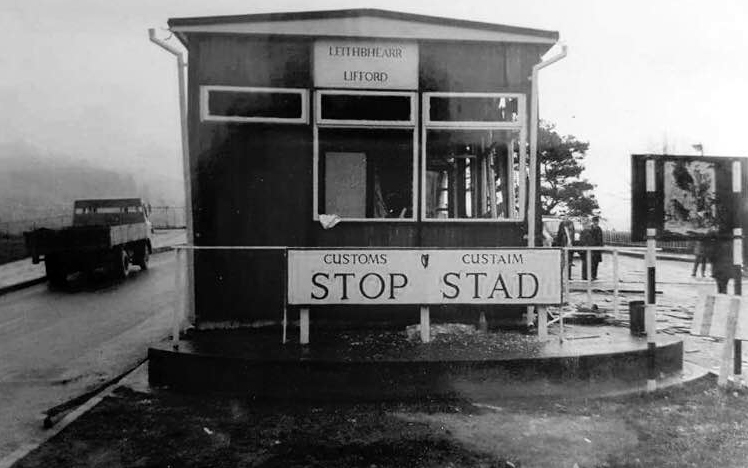 A view of a typical customs stop along the Donegal Border. Photo Brian McDaid.

There wasn’t the usual traffic after I crossed the border and headed up Bishop St. and down over the flyover heading to the bakery.

When I turned the corner at the bottom of the hill I realised it was very quiet for a different reason, a bomb had gone off in the bakery earlier that morning.

All the bread men from the city that I would usually meet every morning loading up weren’t to be seen. It was obvious that the word was out locally in the early hours of the morning. A lot of bread vans were in the bakery loading section and were damaged by the explosion.

The big 40 foot lorry that made the nightly trip from Belfast had been caught in the blast just the front of the lorry, the back container unit full of bread wasn’t damaged.

As luck would have it, the area was just made safe by the R.U.C. as I arrived, and the trailer load of bread was made available to any bread men that were there and had a way of transporting it.

I had a very small run on a Saturday finishing at lunchtime as most people did their big shopping on a Saturday, so I soon had enough bread to do me and was about to head back to Donegal when another bread man loading beside me roared ‘happy days’.

Happy Days as he discovered a massive consignment of small very rich fruit cakes loaves. ‘Back your wee van up here mate’ he called to me as he wheeled a full cage of these fruit loafs forward.

‘This stuff will all be dumped when they get this trailer back to Belfast’ he explained as we unloaded what seemed like hundreds of very rich barnbracks into the back of my blue Toyota liteace van.

As I headed away from the bakery I was getting the odd car flashing their headlights to me, making me think that another bomb had gone off somewhere else. But when I got out of the city and into the country I realised that I had so many barnbracks on that the dipped lights were looking like the headlights pointing up to the sky they were blinding drivers with the load on the back. 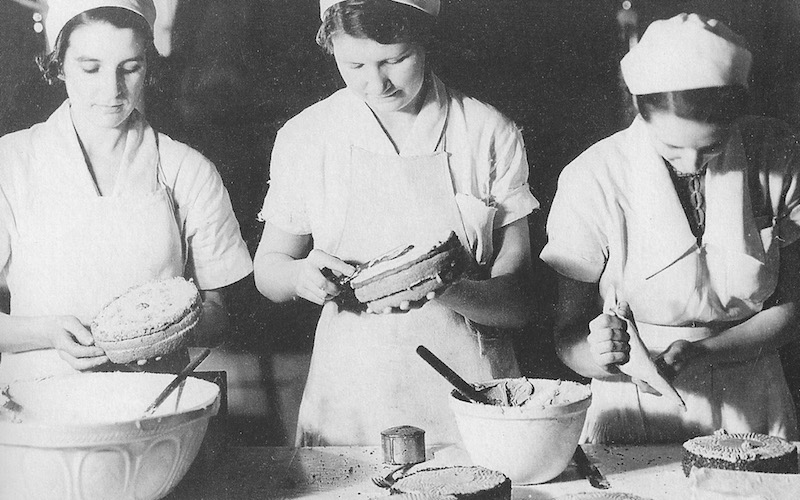 Bakers in the old Ormo Bakery in Belfast.

This was going to be a problem because I still had to pass through the customs at Molennan near Carrigans on the Derry Donegal border where I normally cleared the customs.

As I arrived at the customs with no paperwork and was preparing to try and explain where all this bread came from, the customs never came out near me on that cold autumn morning but just waved me on from the window of the custom hut.

A van loaded to the hilt with barnbracks but nobody checked it.

On the way home I figured that the big order of contract fruits loaves as they were called when destined to to a big supermarket in Letterkenny.

The were sold as what was called a ‘lost leader’ or sold below the price they paid for them to get shoppers in and would end up doing the rest of their shopping. So I called into supermarket in Letterkenny that morning to see what price they were selling their really ‘lost leaders’ fruit loaves for So I could match the price of my acquired consignment.

I also tried to look surprised when someone came over to tell me about the big bomb in Derry that blew up the bakery as the Ormo Bakery was already getting another load ready and soon would be arriving in Letterkenny so everyone was happy.

The first day I went out I had far too many on show and no one was buying them, so I changed my plan to having only 3 sitting in the bread drawer and the rest hid at the back of the van and they ended up selling like hot cakes, pardon the pun. 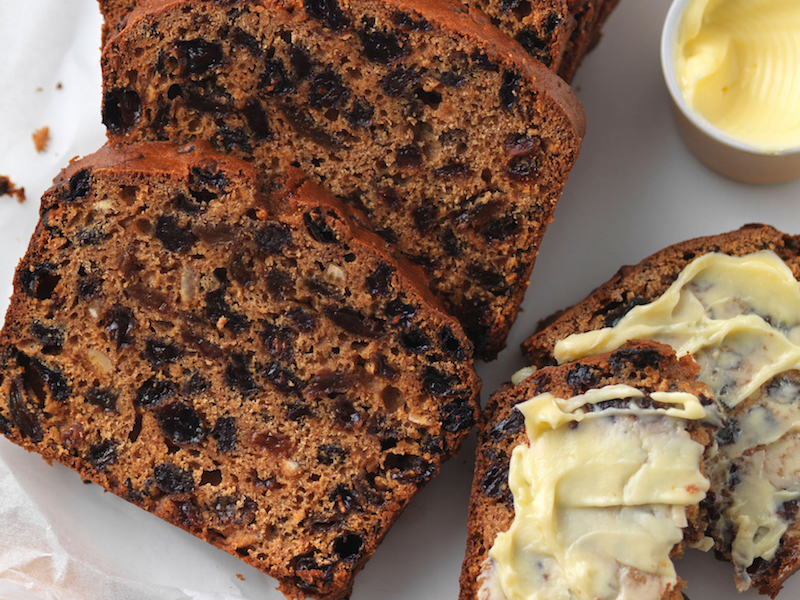 Tasting department for the fruit loaves in Wolfe Tone Place many moons ago.

With over two months shelf date the Christmas cake like fruit loaves they sold well and sold out minus a good few we ate ourselves in Wolfe Tone Place in the “quality control tasting department” regularly checking them with good butter and a cup of tea!

The contract fruit loaves stopped and were replaced with another lost leader before Christmas.

As I was selling the last of my windfall of lost and found ‘lost leaders’ thanks to the quick thinking experienced bread man I met that morning of the bomb blast in Derry, a load of bread smuggled across the border and sold door to door in Donegal. 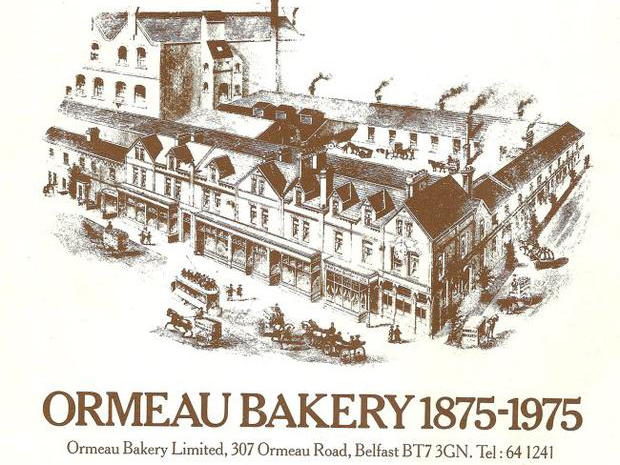 The site of the old Ormo Bakery in Belfast makers of beautiful rich fruit loaves.