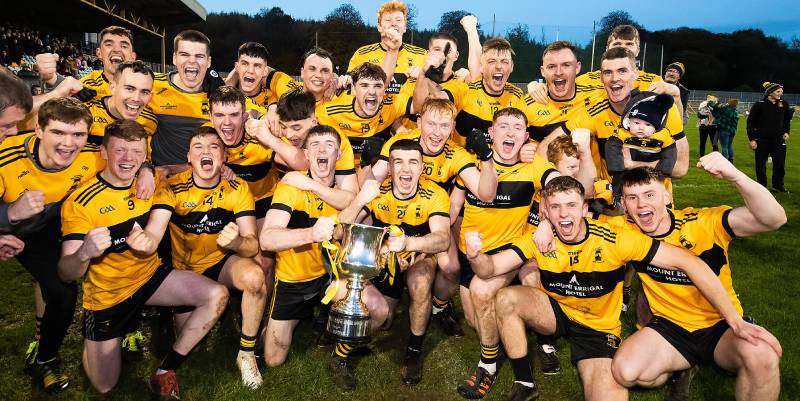 And this was their first time to take the Dr Mguire Cup back to Letterkenny in seven years-which is an eternity for this famous footballing citadel.

But this one-sided affair was well over by that stage, as the lively Letterkeny lads cooly retained possession and saw this game out at their leisure. 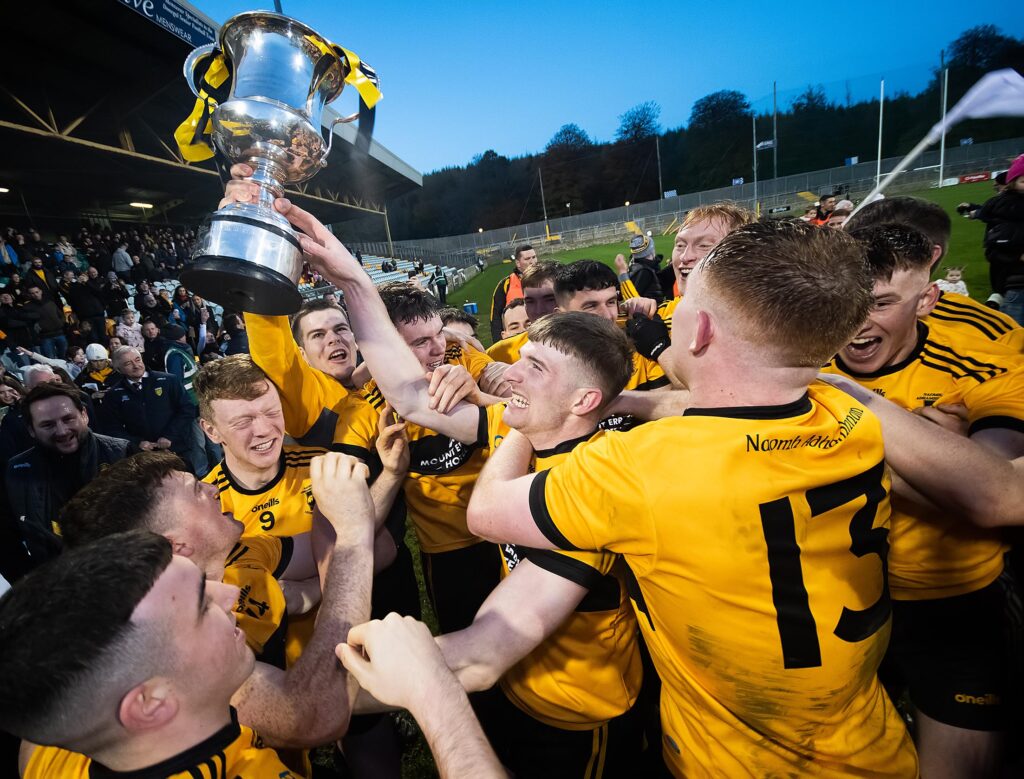 An early goal from clever corner forward Eoin McGeehin in the 24th minute was a huge score in a drab first half, and it gave the winners a valuable cushion which they never lost.

It was also the day that Naomh Conaill’s great veterans finally showed their age and Leo McLoone apart, did not have any real impact on the game.

But their lack of resistance was one of the most surprising aspects of this affair.

20-year-old Shane O’Donnell was the official man of the match, but he had strong competition from Kieran Tobin,, Caolan Ward, Niall O’Donnell and Caolan Ward in particular.

Ciaran Thompson tried his best for the losers as did Leo McLoone, but they just did not function as a unit on the day.

In contrast, Eunan’s were cool composed and clinical and never looked in any real danger.

St Eunan’s were the more purposeful team from the start-but it took a full four minutes of really turgid stuff, before Eoin McGeehin got on end of a very good move-took a pass from Padraig McGettigan and punched his side into the lead. 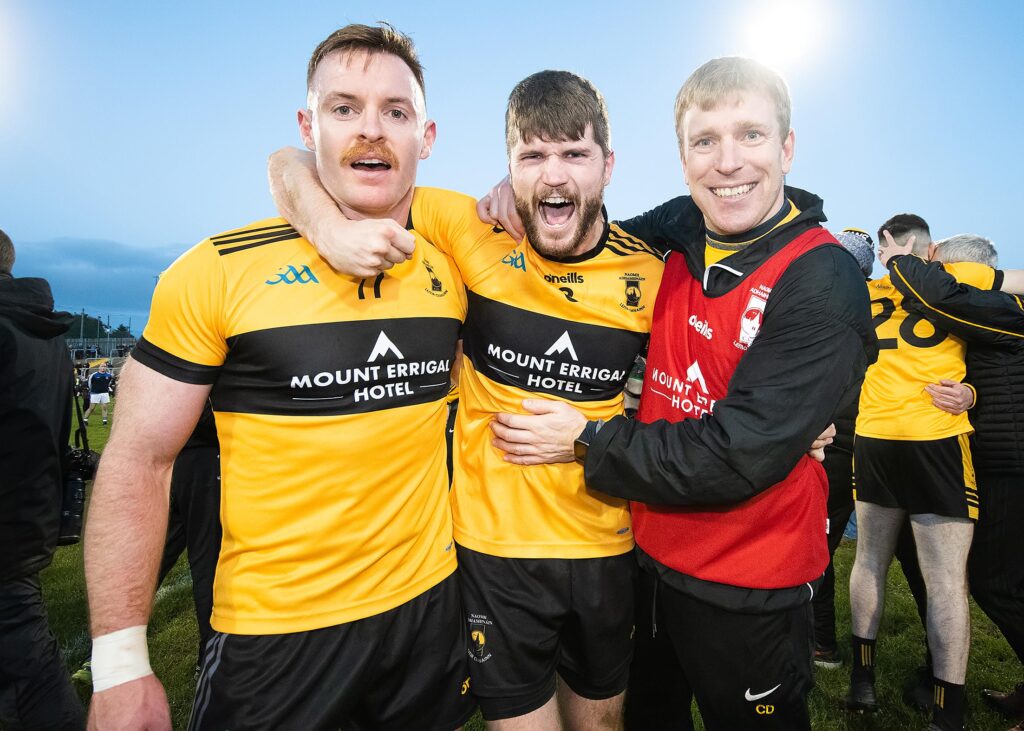 The Letterkenny lads were on top and carved open the Naomh Conaill defence when Aaron Deeney who combined with Conor O’Donnell (Snr) who put his younger brother Shane through on goal.

The holders finally got off the mark in the 13th minute when Ciaran Thompson hoisted over a 40 metre free high into the sky after Leo McLoone was fouled to level matters.

Eunan’s had most of the possession but both sides were playing boring lateral football as the game dozed into the first water break.

But at the other end Shane O’Donnell hoofed over a superb curling point to put Letterkenny back in the lead.

And then we had a really big score in the 24th minute when a poor kick out from Stephen McGrath was caught by Anthony Thompson who was dispossessed by Peter Tobin.

He found Peter McEniff whose ball over the top found Eoin McGeehin in acres of space in a Naomh Conaill defence that was as wide open as Bundoran on the 12thWeekend.

The corner forward had ice in the veins as he cooly picked his spot. 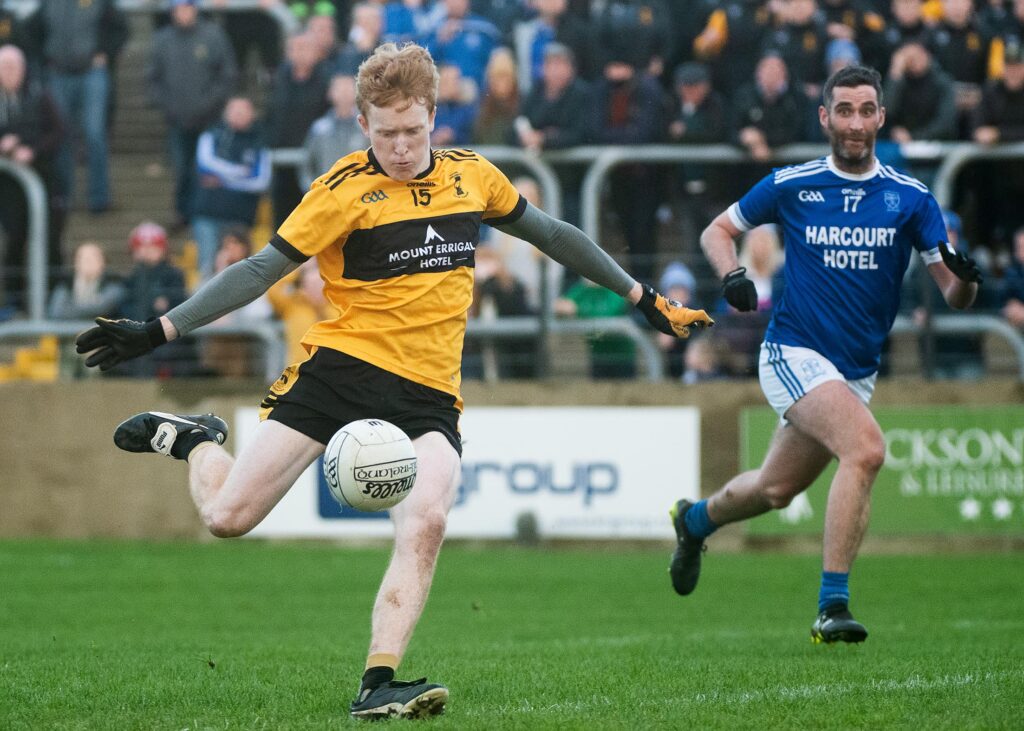 The winners were well worth their half time lead of 1-3 to 0-3 as Eunan’s captain Niall O’Donnell and Leo McLoone (a great effort) swapped points.

Usually, the Naomh Conaill side put in a turbo charged third quarter-but instead it was their youthful conquerors who drove home their advantage.

It began with a well converted 45 and Kieran Tobin added to their advantage.

Naomh Conaill threw on Brendan McDyer and Keelan McGill but it had little impact.

It got worse for the losers when they lost Eunan Doherty to a second yellow card after a matter with Padraig McGettigan.

Thompson pulled hard on a loose ball and McGettigan turned it over the bar as Naomh Conaill also lost Charles McGuinness to a second yellow card.

And, the scenes of elation that greeted this first Eunan’s victory in seven years were something to remember for many years. 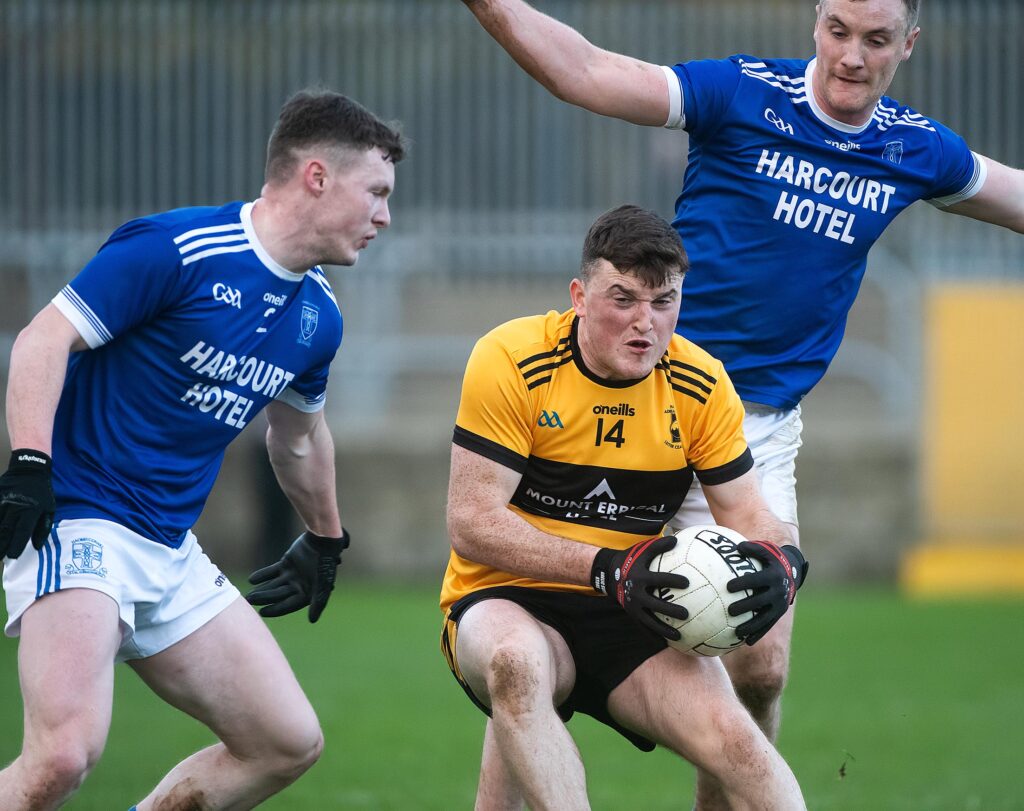